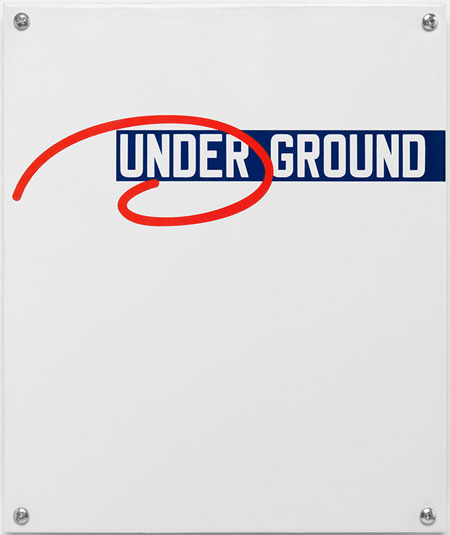 The red curlicue is not merely a typographical gesture to emphasise a part of a notion. Here it also expresses the experience of the artist when traveling under the ground from one stop to the next one. Lawrence Weiner says about this wall sign as work:
“One is often confronted by the classic logo of the underground and the transportation system. There has to be something that deals with the sheer wonder and sensual sense of in fact traveling under the ground (being in motion). What has been transcribed to the poster and the plaque is my sense of traveling under the ground”. Hence the interspace between ‘under’ and ‘ground’. KvG 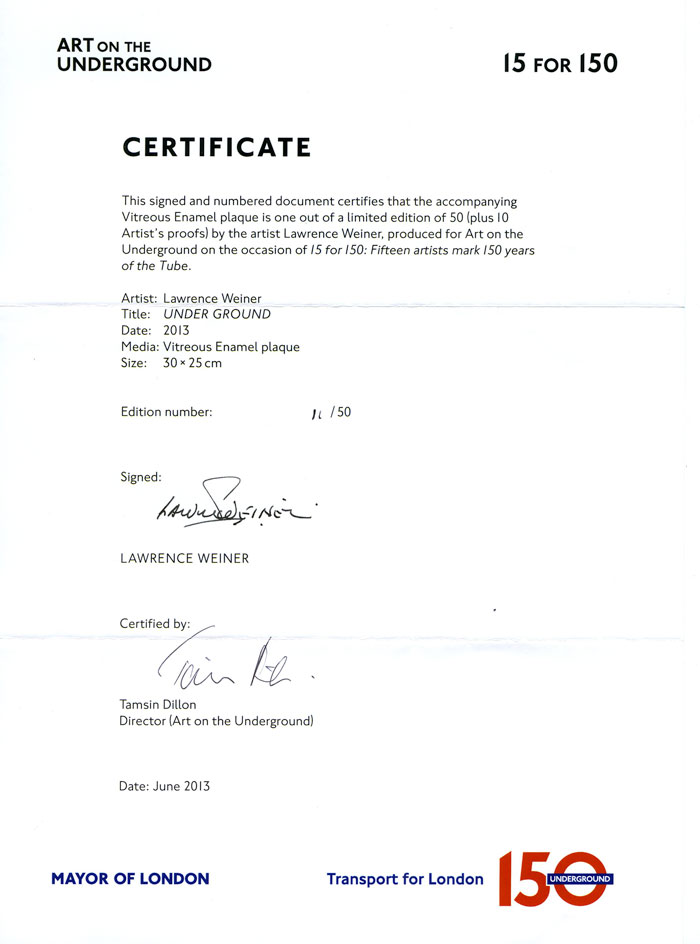 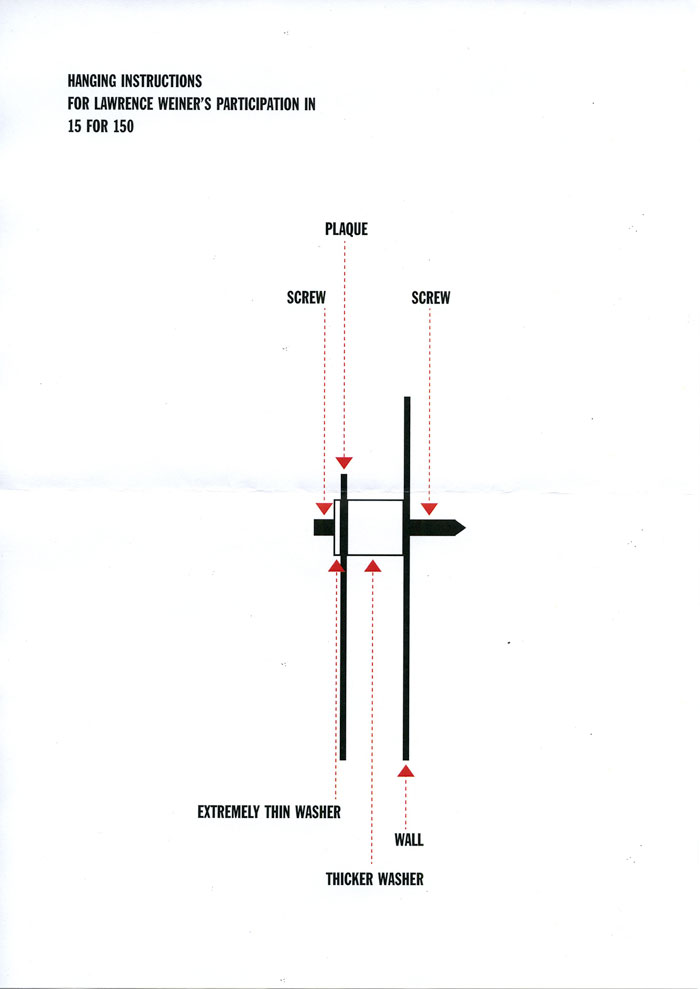 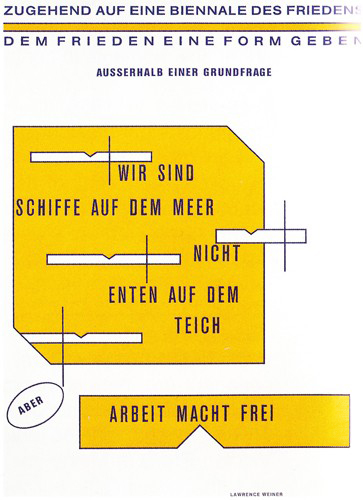 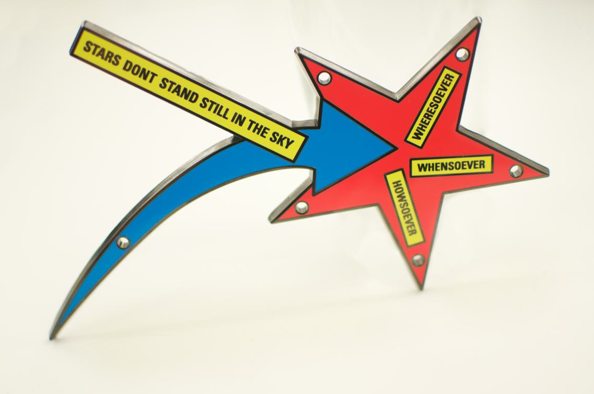 This sculpture employs Weiner’s signature use of language and instructions. The blue arrow, red star, and yellow tags depict a kind of navigational sign based on an empirical fact. “Stars dont stand still in the sky” and yet where they’re going there are three possibilties as indicated: “wheresoever,” “whensoever,” or “howsoever.” 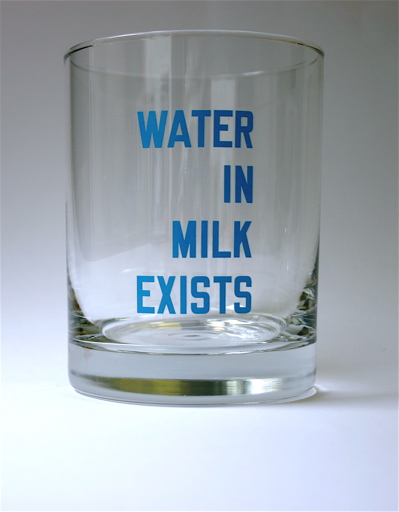 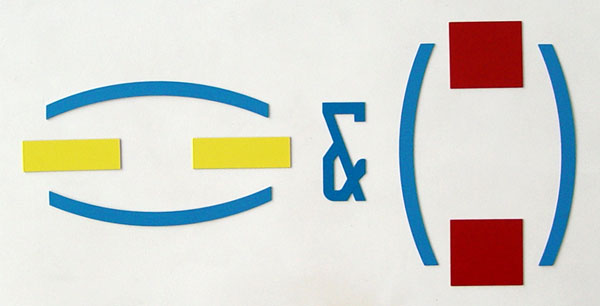 Lawrence Weiner’s primary medium is language, often in combination with red, yellow, blue coloured signs, or in mere black and white. He is a New York and Amsterdam-based sculptor who prefers to make art that is accessible, open-ended, mutable and transferable. In the ‘Art Meets Science Multiple’ the artist skipped linguistic language completely, making this work an uncommon outspoken pictorial piece within his oeuvre. The display depicted here is a suggestion of the artist and is printed as such on the added envelope with stamped signature and hand written number. In fact the piece may be installed as one likes, although that is not stated as was explicitly wished by the artist.

In 1992 Lawrence Weiner decided to have the ‘Art Meets Science Multiple’ in an edition of 1000, an idea that he changed in 1996 into an unlimited edition accompanied with a new design for the brown envelope matching more the proportions of the AMS Multiple.
real 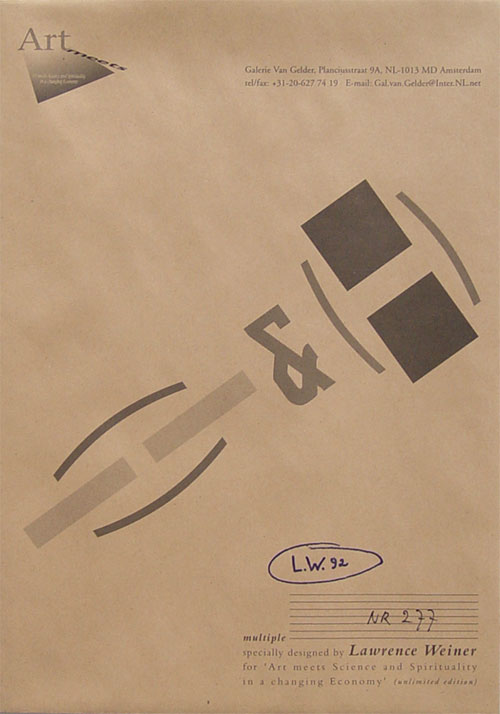 Lawrence Weiner exhibited in Dia Center for the Arts, Walker Art Center, Tate Gallery, Museo Tamayo Arte Contemporáneo in Mexico City, Hishhorn Museum and Scupture Garden, a retrospective at the Whitney Museum of American Art and recently in 2014 in the Stedelijk Museum in Amsterdam.

A representative of the Conceptual art movement. Lawrence Weiner’s primary medium is language, often in combination with red, yellow, blue or black and white signs. He is a New York and Amsterdam-based sculptor, in an effort to make art that is accessible, open-ended, mutable and transferable. Ref. http://yvon-lambert.com/2012/ 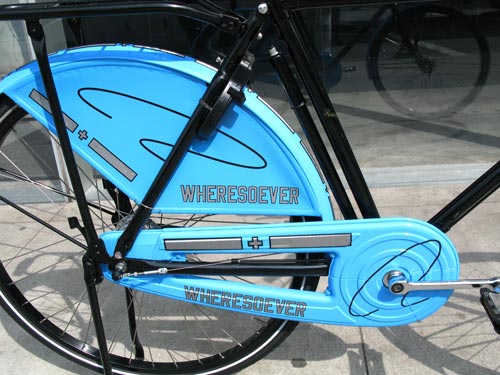 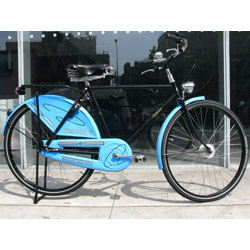 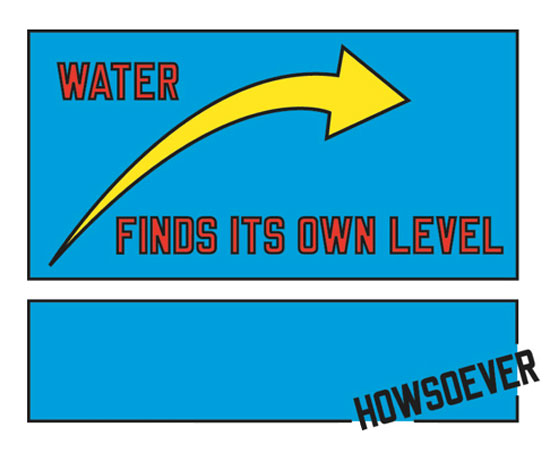 
In December 2009, the New York City Council voted to require business owners to replace garage-style security gates with ones that allow views into the stores behind them by July 2026. Art Production Fund united 18 artists to make murals on security gate doors of shop in the Bowery. These were on view for two months, after which they were painted over, embodying the upcoming legislated disappearance of the gates across the city of New York. 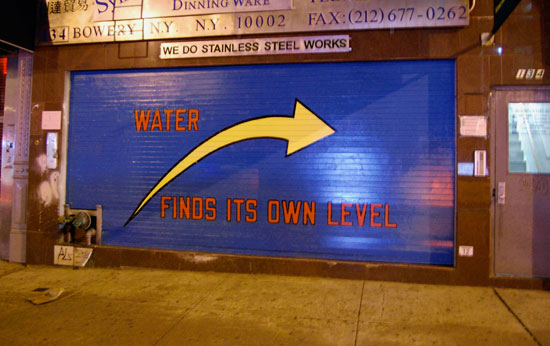 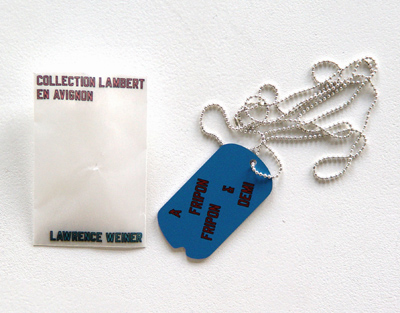 Collection Lambert opened its doors in June 2000 during the celebrations for ‘Avignon – European Cultural Capital’. With a view to making a future donation, gallerist and collector Yvon Lambert decided to place on loan 350 artworks. Housed in an 18th century mansion, these works are borrowed from his personal collection that at this stage comprises more than 1200 artworks dating from the 1960s to the present day. The event ‘À fripon fripon et demi’ (English translation: ‘How to catch a thief with a thief’) focused on children and their art, with a new room in the museum specially devoted to their work. For the occasion, the Collection Lambert looked back over four years of educational initiatives with projects by On Kawara, Claude Lévêque and Joey Kötting.