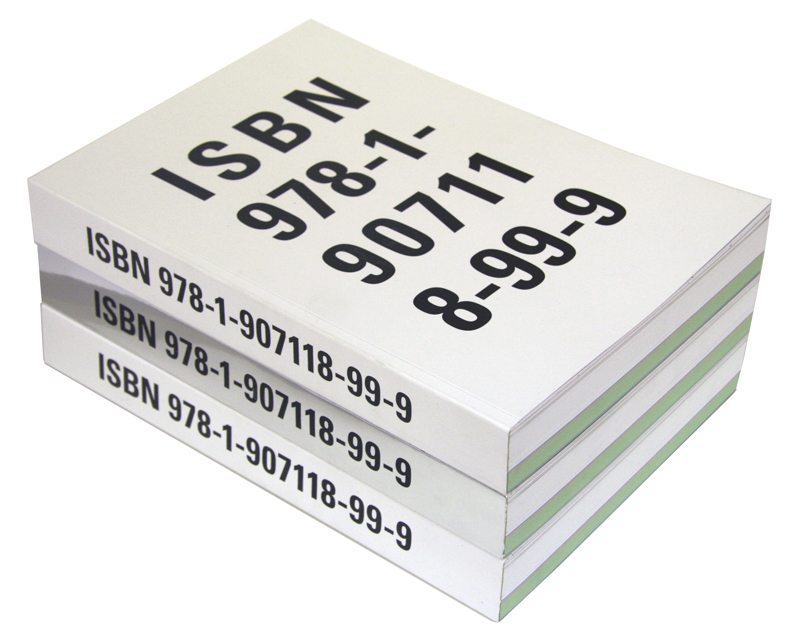 Fiona Banner’s practice centres on possibilities of language. From her ‘wordscapes’ to her use of a found and transformed military aircraft, Banner juxtaposes aggressiveness and the sensual, performing elements of intimacy, attraction and alienation. The artist alternates between the pathos of battle in her monumental sculptures, and a sense of humor in her works on paper in relation to how we mythologize our history, based on our willingness to be seduced by myths.

Each book has its own title, i.e. each print in this edition is the same and yet each is unique. Each one has its own ISBN number and is registered under its own individual title. Each one of the edition is therefore an official publication and each is an edition in, and only of, itself. An edition of one… a book reduced to a reference, purely an imagined space.
Originally the edition of this series was 20. At a later stage the edition was extended to 65. 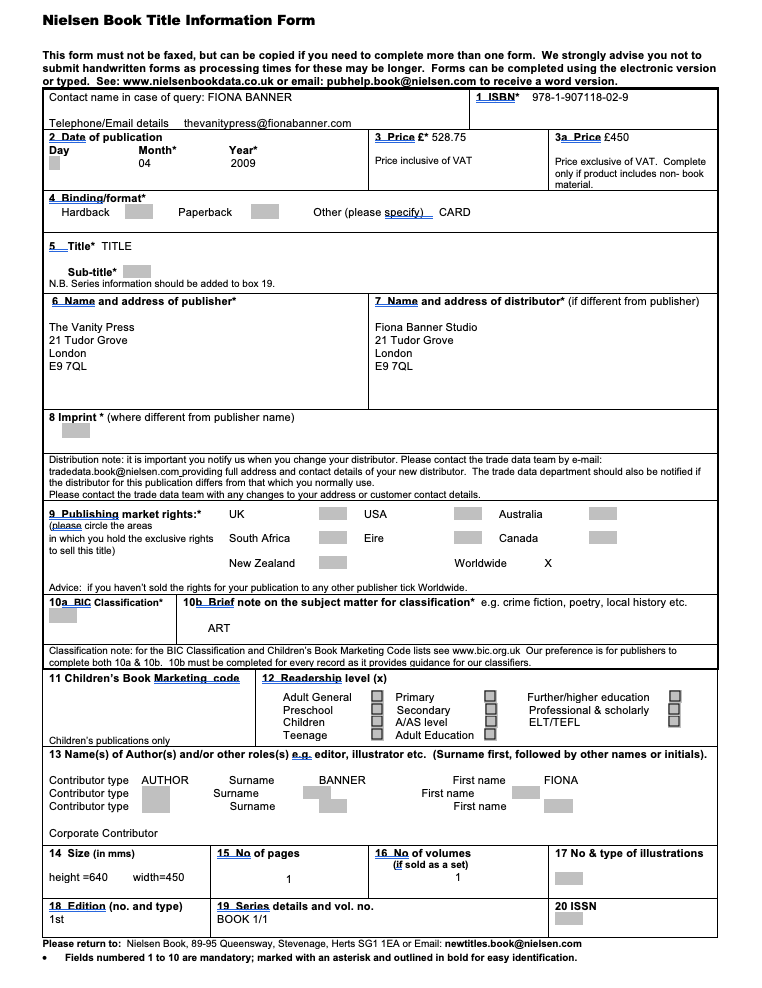 “A vanity press or vanity publisher is a term describing a publishing house in which authors pay to have their books published. In contrast, mainstream publishers, whether major companies or small presses, derive their profit from sales of the book to persons other than the author. Publishers must therefore be cautious and deliberate in choosing to publish works that will sell, particularly as they must recoup their investment in the book (such as an advance payment and royalties to the author, editorial guidance, promotion, marketing or advertising). In order to sell books, commercial publishers may also be selective in order to cultivate a reputation for high-quality work, or to specialize in a particular genre.” Wikipedia 2012