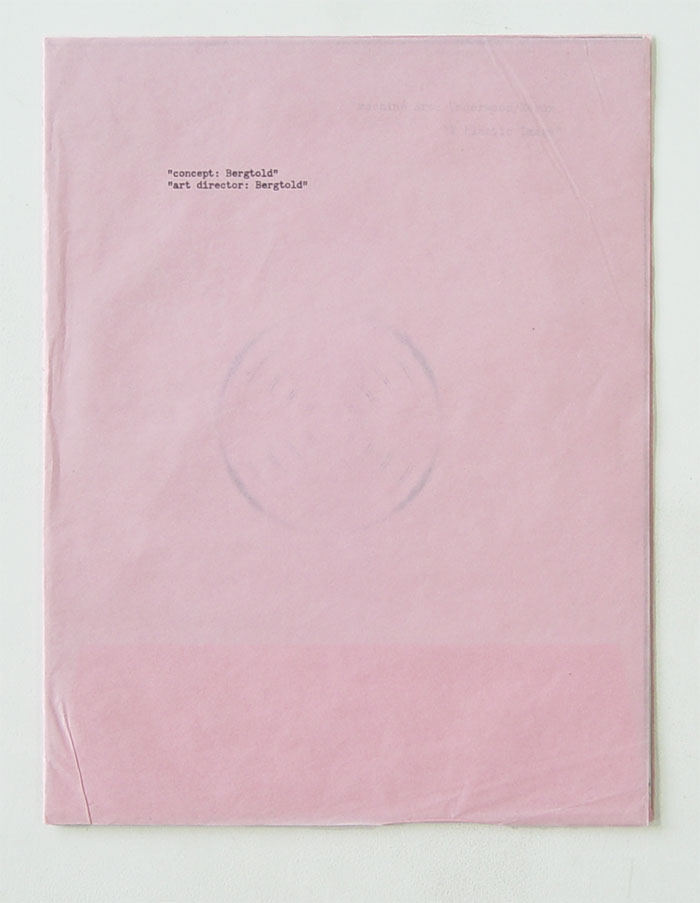 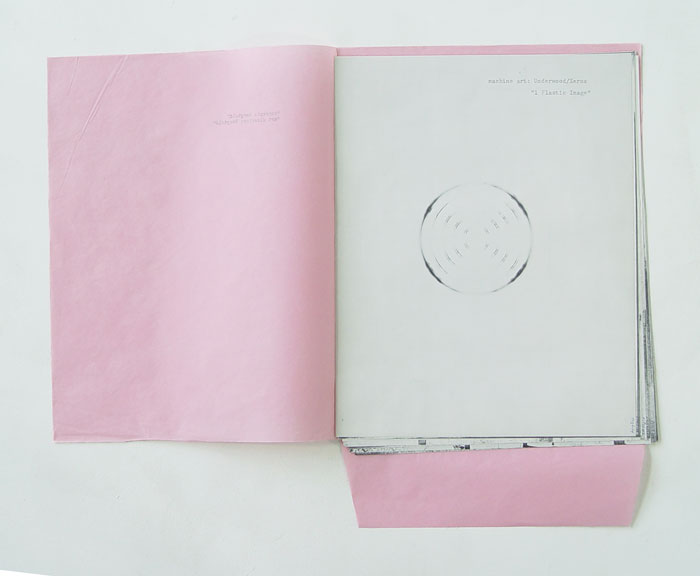 For a Deluxe edition 100 copies plus several PP (Publishers Proof) were signed. Most of the 73 artists solely signed their contributions for the Deluxe portfolios, while a few others signed, and also numbered and/or dated their contribution. Reportedly, there were also a very small handful of artists who did not sign at all due to ideological reasons or that period their recent death like Marcel Duchamp’s. Although the latter signed a few grippers as approval before the production of one of the S.M.S. folios started at the end of 1968.

In the late 1960s two artists working with Xerox copiers were Paul Bergtold and Toby Mussman. The works done on regular 8 x 22 inch sheets of paper, not only depict mundane subject matters, but also emphasize the cheap quality of the process, as there is a lack of definition and detailing.
This Paul Bergtold contribution comes from the #4 portfolio, and consists of a pink tissue folio containing 12 compositions entitled “Machine Art,” that were created using a typewriter on top of the Xerox reproductions. Usually folded as issued, here unfolded as it comes from a special edition of 100.