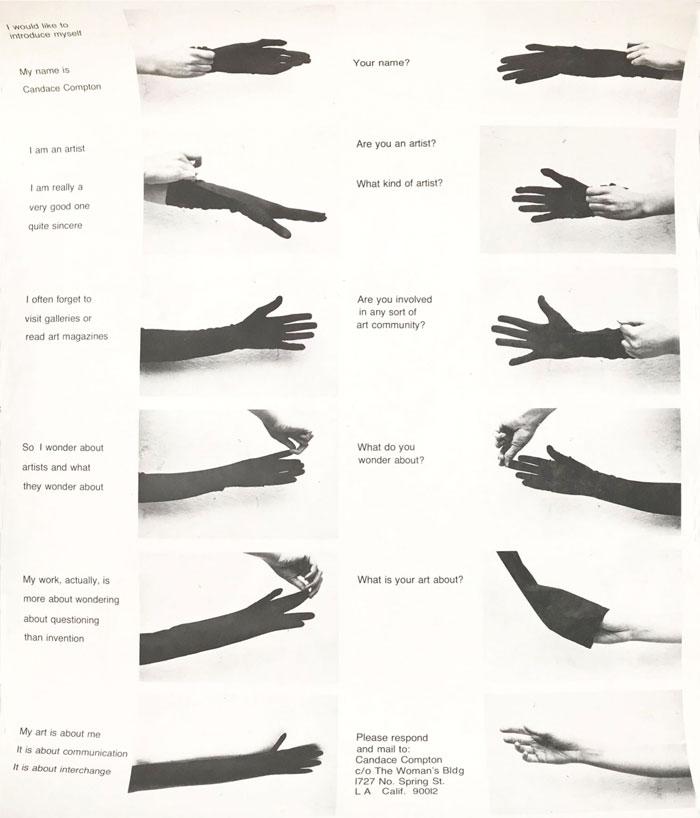 This poster depicts a pair of hands in various stages of putting on and taking off a black glove, with pieces of text introducing the artist: 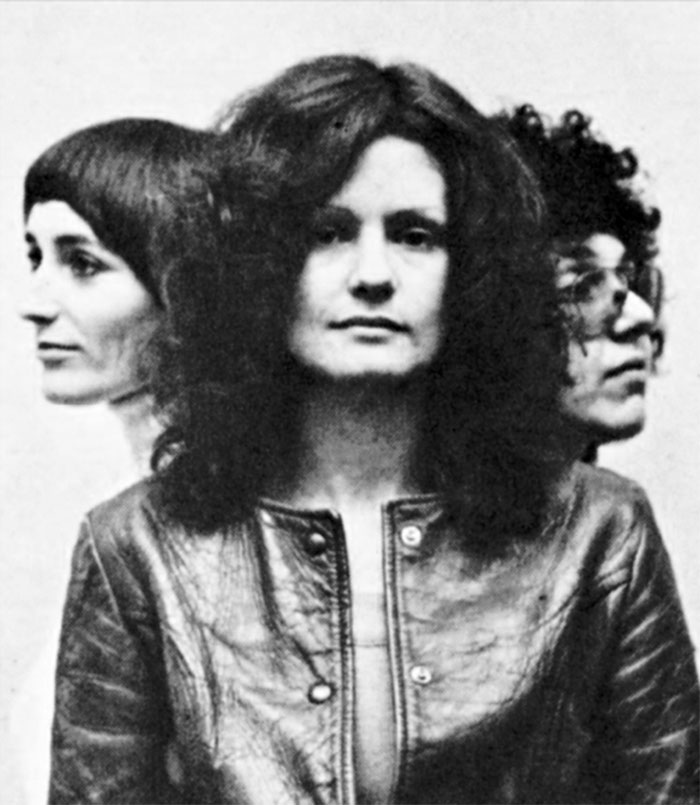