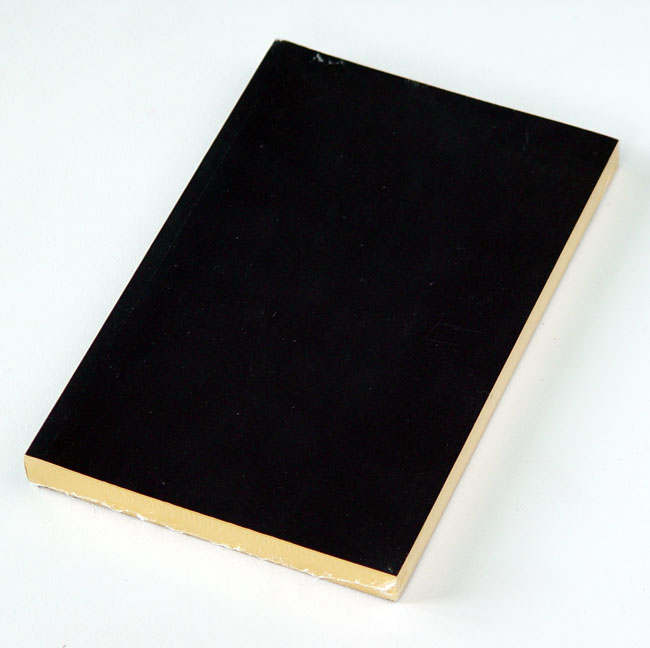 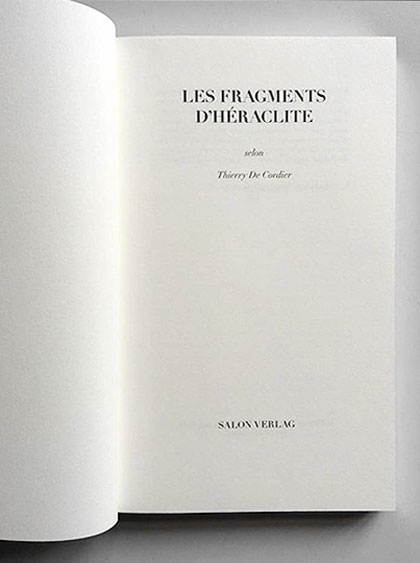 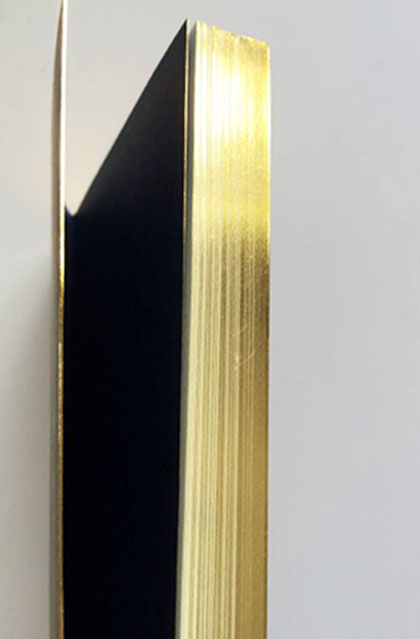 THIERRY DE CORDIER, Les Fragments de Héraclite selon Thierry de Cordier, 2015
Belgian artist Thierry De Cordier (1954) was once gifted a small book with the hand written title ‘Heracleitos’ on the cover. The booklet, barely eight pages, contained Dutch translations of texts by Heraclitus, a pre-Socratic Greek philosopher whose original writings are lost and who is only known through the quotations of later authors. At the time, De Cordier read these ‘Fragments of Heraclitus’ superficially without giving them much thought. He put away the book, probably a Dutch translation of Heraclitus by Laurens Vancrevel with artwork by Rik Lina, and forgot about it until it surfaced when he moved house. Reading Heraclitus again after all those years De Cordier found himself captivated by the quotations, sometimes no more than a couple of words, of the philosopher of change (‘no man steps in the same river twice’) and unification of opposites (‘the path up and down are one and the same’). De Cordier started to retranslate the Dutch texts in his native French trying to find a way to combine philosophical and poetic language. It took him more than a full winter to complete the work. De Cordier’s translations were published in 2015 without any comments, footnotes or illustrations in Salon Verlag’s ‘Ex Libris’ series, in which artists are invited to reprint their favourite books.