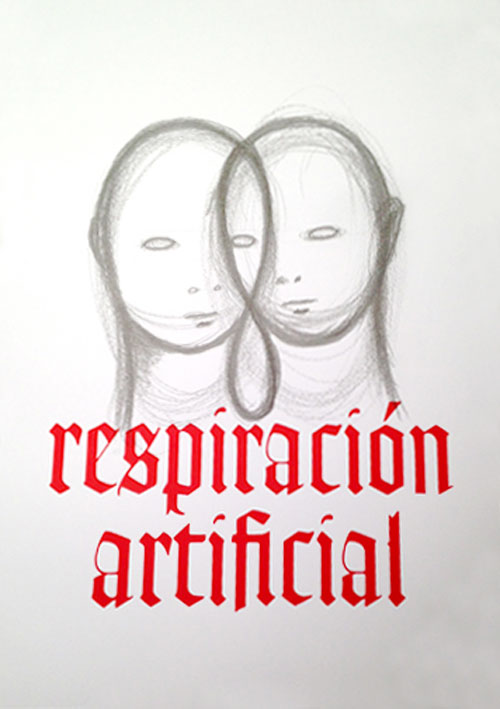 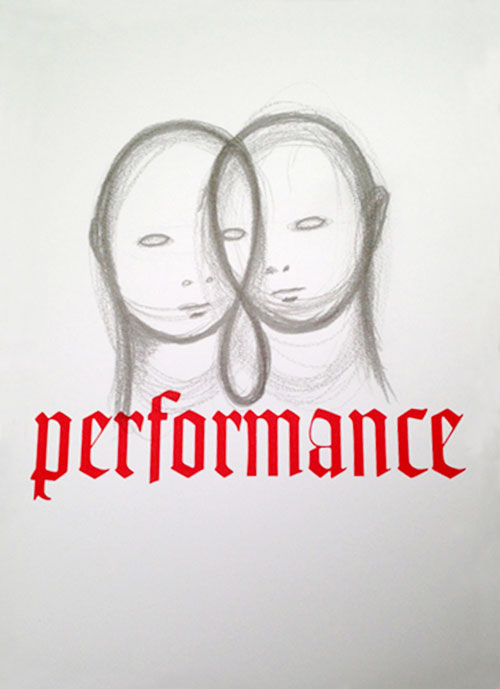 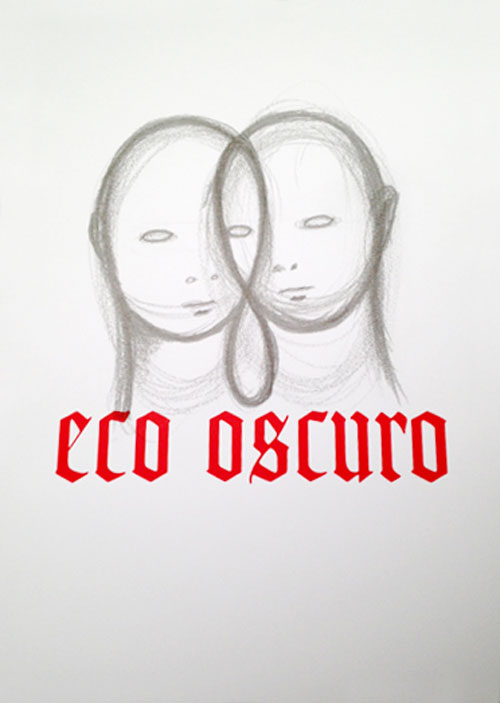 The edition was produced on the occasion of Respiración Artificial / Performance / Eco Oscuro in IVAM, Institute for Modern Art in Valencia (March 3 – June 19, 2016), an exhibition in three parts. The three prints derive from the different moments of the exhibition and hung in the rooms of the museum where the exhibition of Dora Garcia was held. The edition numbers 11/15 – 15/15 were individually sold. 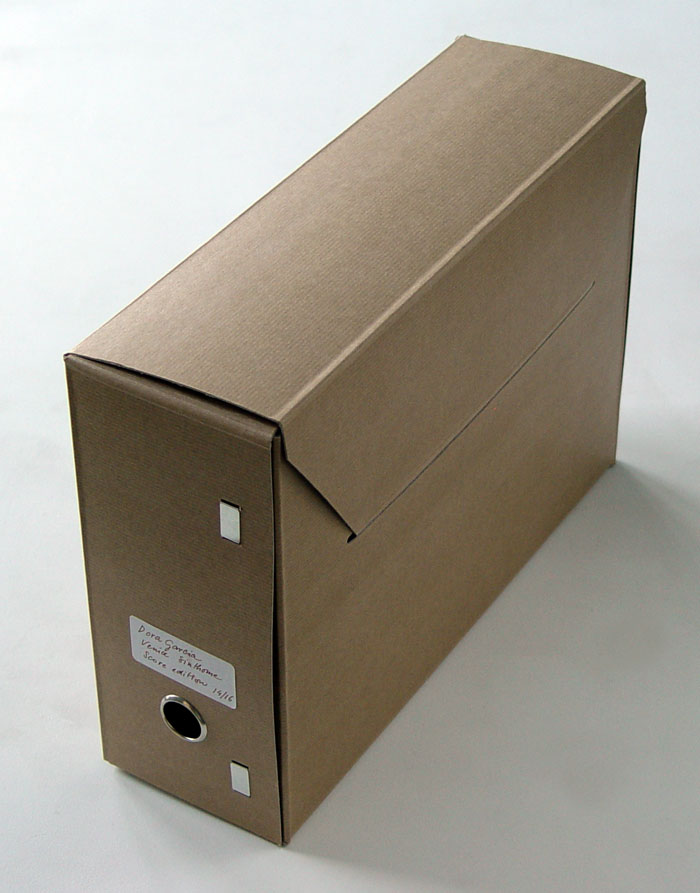 7 parts
– one of the scores (performance prop) used by the performers during the exhibition in the Venice Biennual 2015, signed with initials, numbered
– original drawing made by Dora García in A4 size, which refers to the cosmogonies created for the work, signed
– photograph, 30 x 24 cm, C-print of a moment of the performance in Venice, signed with initials, dated, numbered
– catalogue ‘I See Words’ (sealed)
– folio with certificate of authenticity, signed, dated in print
– folio with sticker
– cardboard archive box with sticker

The work of the French psychoanalyst Jacques Lacan appears in García’s recent work. The score of the performance is based on an “unofficial” English translation of Jacques Lacan’s seminar 23 “Le Sinthome” (1975-1976), a series of ten lectures that drew from the writings of James Joyce to elaborate on language, the unconscious, and a reconsideration of the Borromean knot.
Lacan and his relationship to James Joyce is the subject of the Dora García’s work The Sinthome Score. The term “sinthome” (symptom) originates from a text of the same name by Lacan, Le Séminaire livre XXIII, Le Sinthome (1975-1976) where Lacan uses Joyce’s writings to expand his model of the three rings composing a Borromean knot, i.e. Symbolic, Imaginary and Real. Joyce’s subversion of language becomes a way of knotting them together, as well as avoiding their collapse into madness: it is the synthome (symptom; synthomeis spelled in old French), in homage to the Irish writer’s penchant for etymology, portmanteaus and polyglotism.

The Sinthome Score (performance publication, photograph of performance): two people perform as a duo, where one of them reads from a book (cover looks like a music score publication) called “The Sinthome Score” and the second one executes a series of movements that change each time the reader begins a new chapter, following instructions in the book.

Garcia’s work is accompanied by ten sets of movements, one drawn for each of the ten lectures. Two performers determine the rhythm, cadence, and speed of the performance. Garcia’s score and choreographic notation welcome new participants, accidental stutters of the body, or slips of the tongue. It is left to the visitor to decide if, how, and when to enter the conversation. The performance was shown at the Venice Biennale 2015, running continuously during the opening hours.

The publication is one of the scores used at the Venice Biennual 2015. 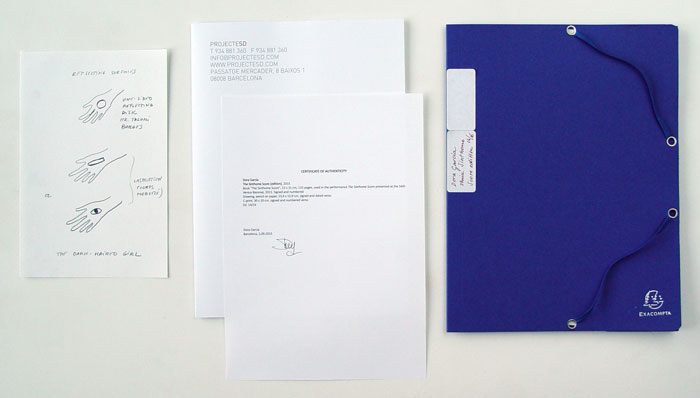