When Thomas Huber in 1989 was commissioned by the Bayerische Hypothek Bank, he proposed to “melt the bank’s capital into soap”. The client declined the honor, after which Huber continued to work on his plan without the bank. He made a large number of paintings, drawings, watercolors and a scale model of the bank. In 1992 he exhibited in the Centraal Museum in Utrecht on the occasion of which an edition was published. The value of things – and therefore art was – questioned and money was turned into soap.

Nevertheless with the sale of the soap edition, soap was converted back into money. KvG 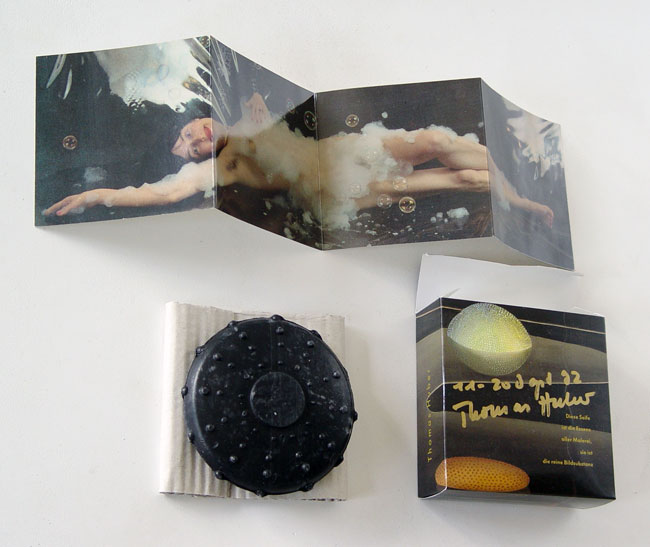