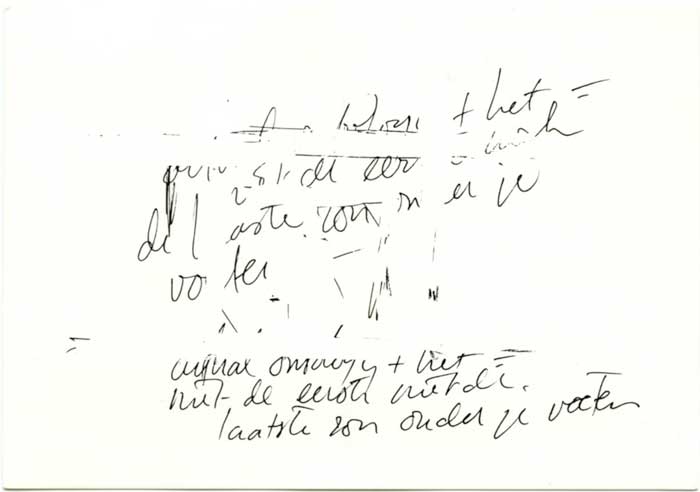 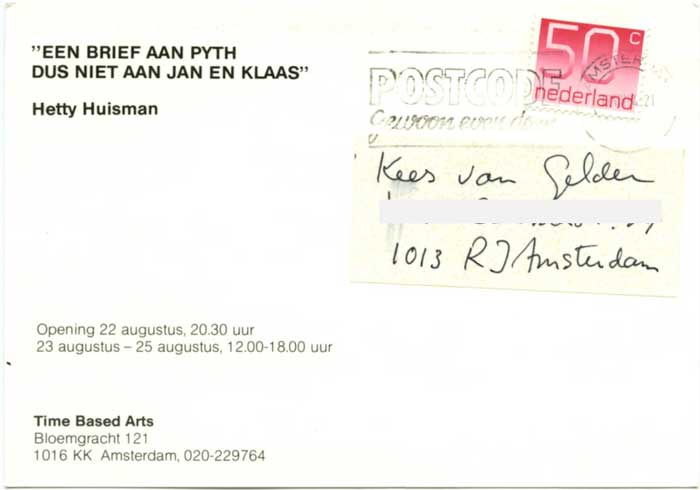 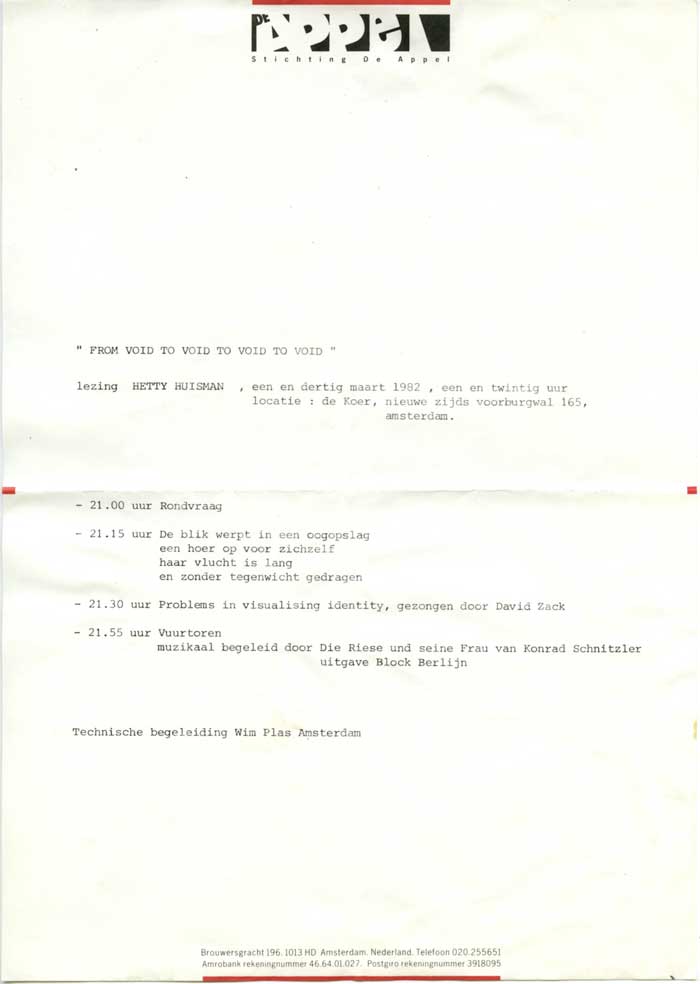 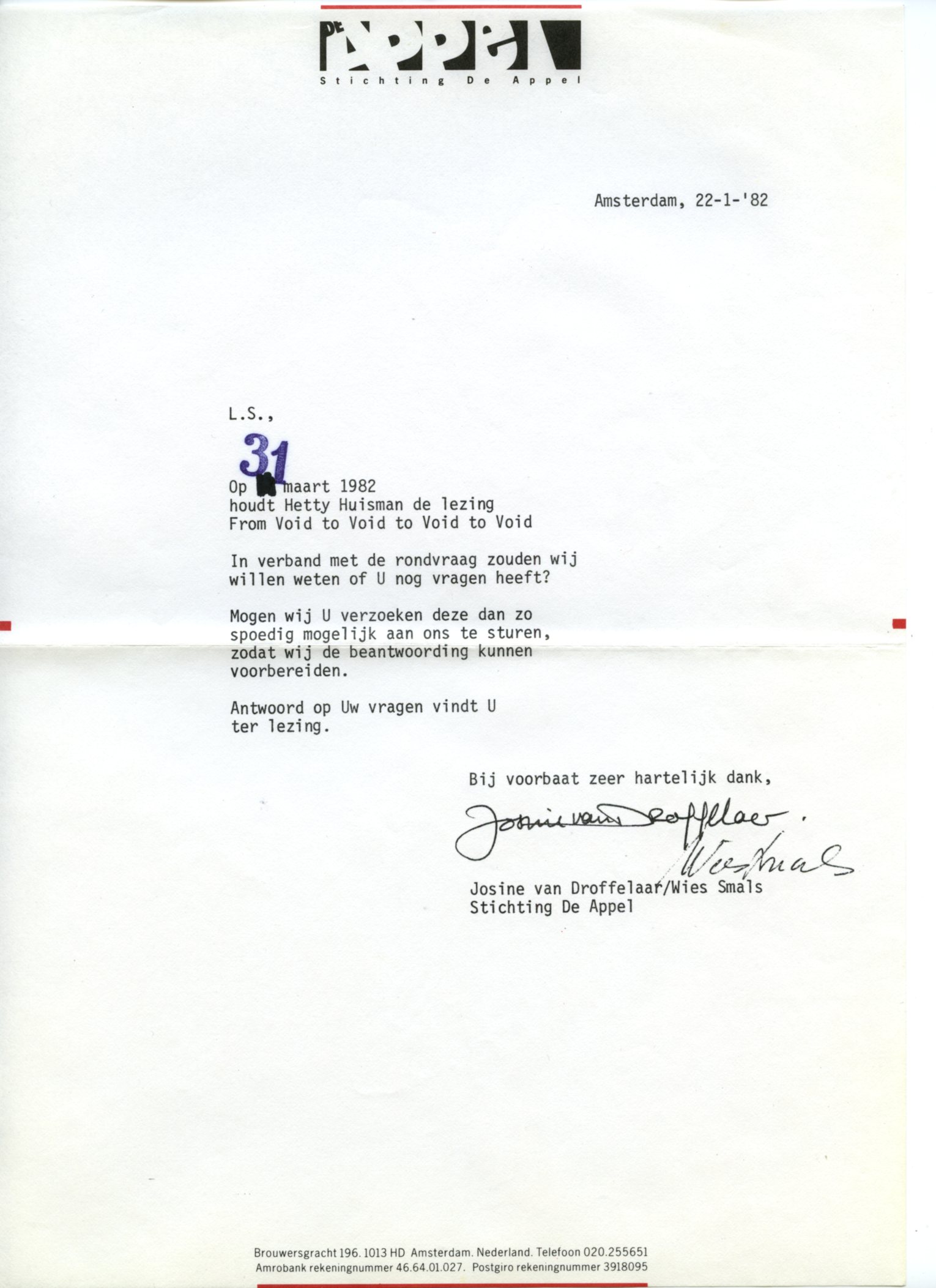 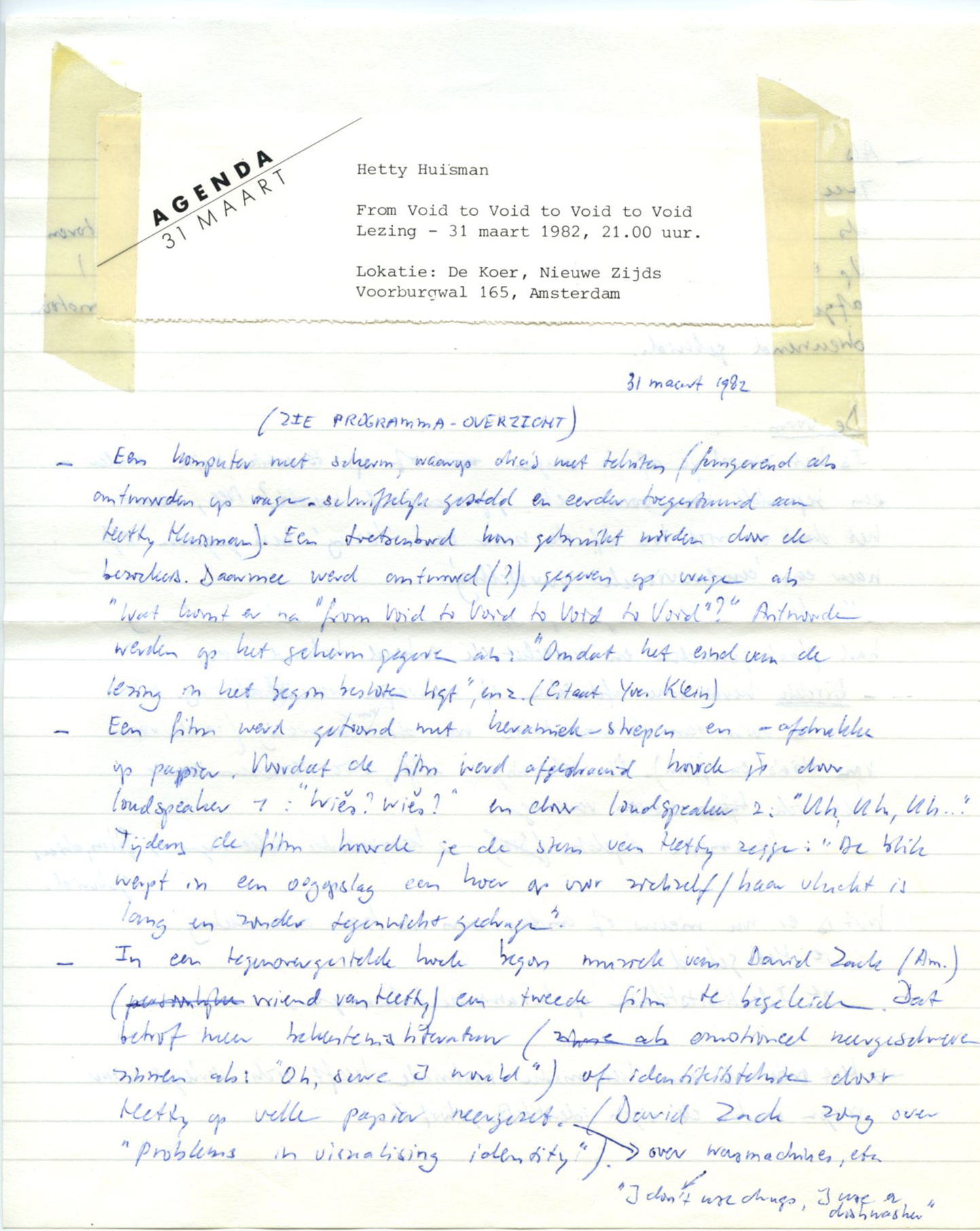 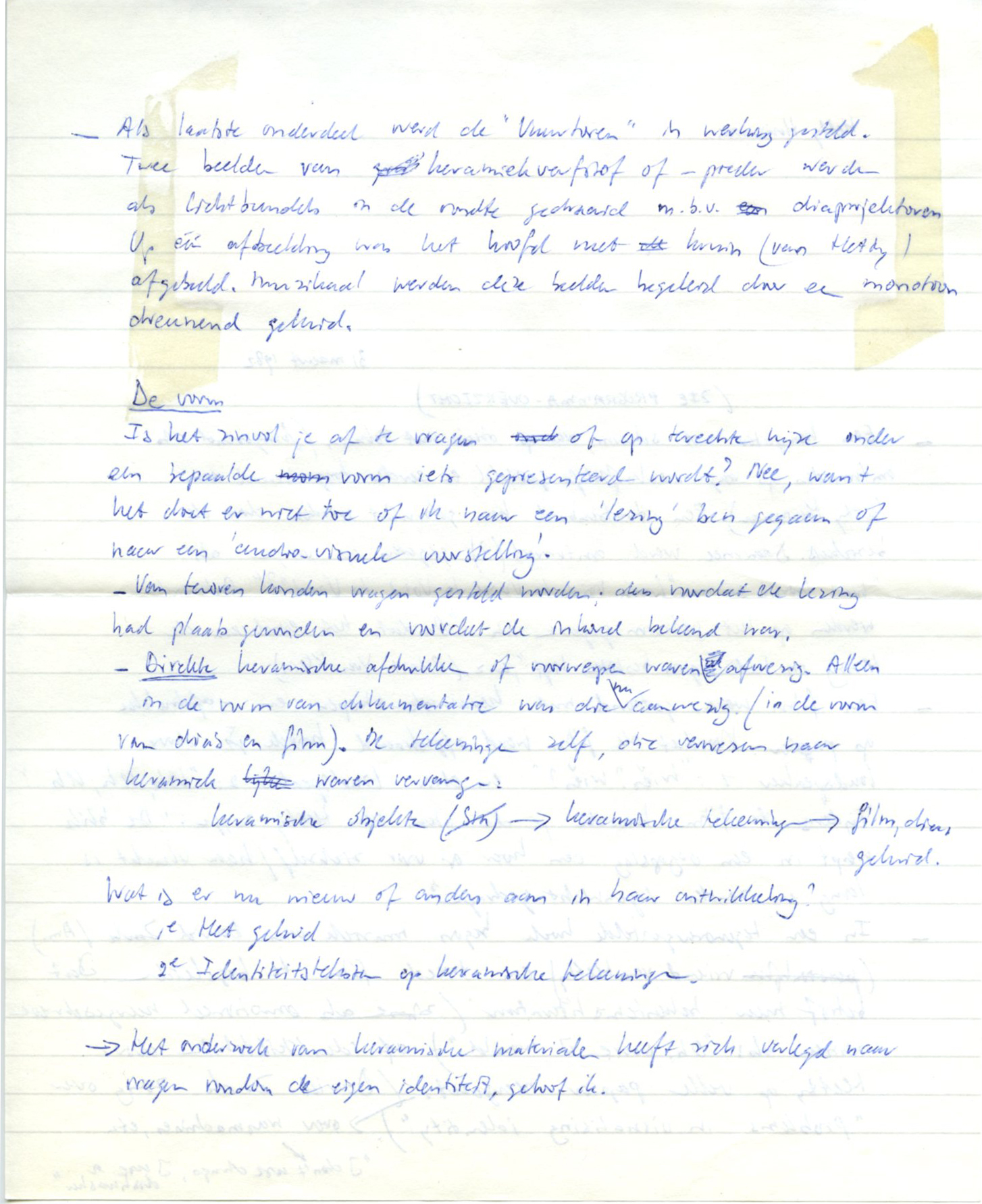 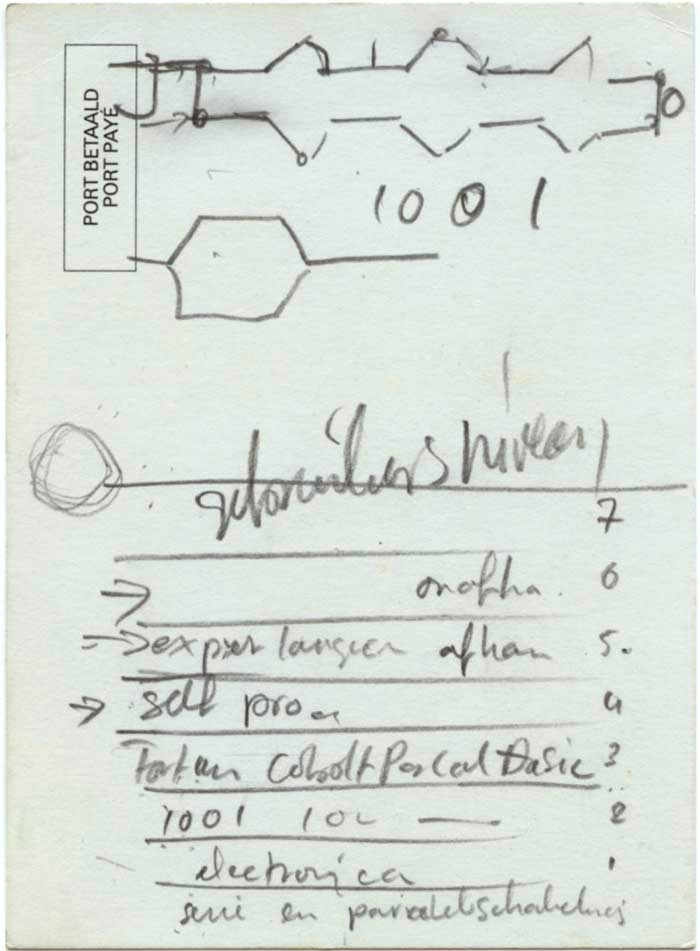 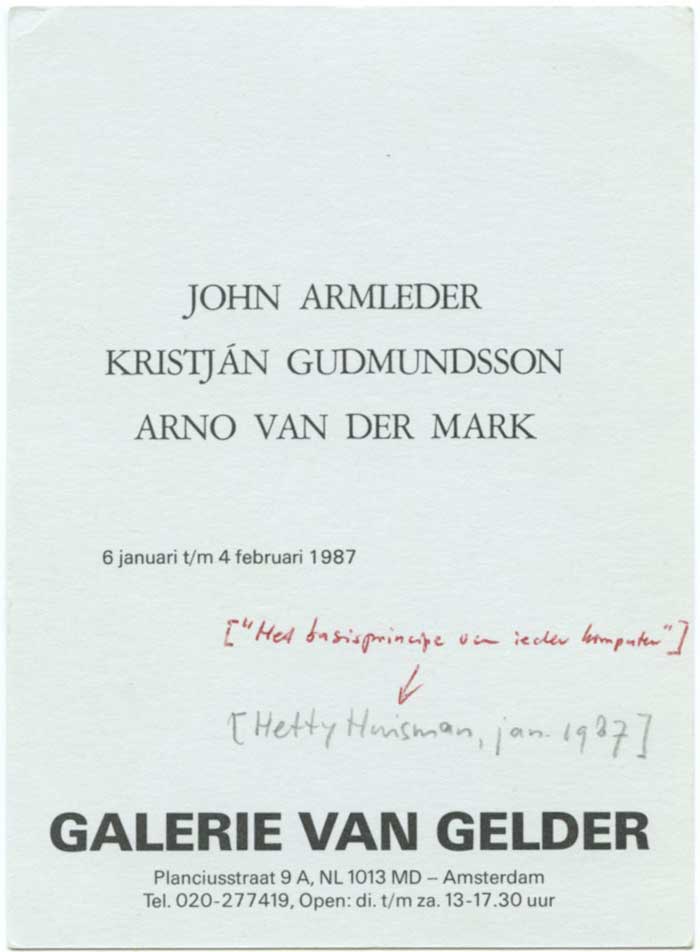 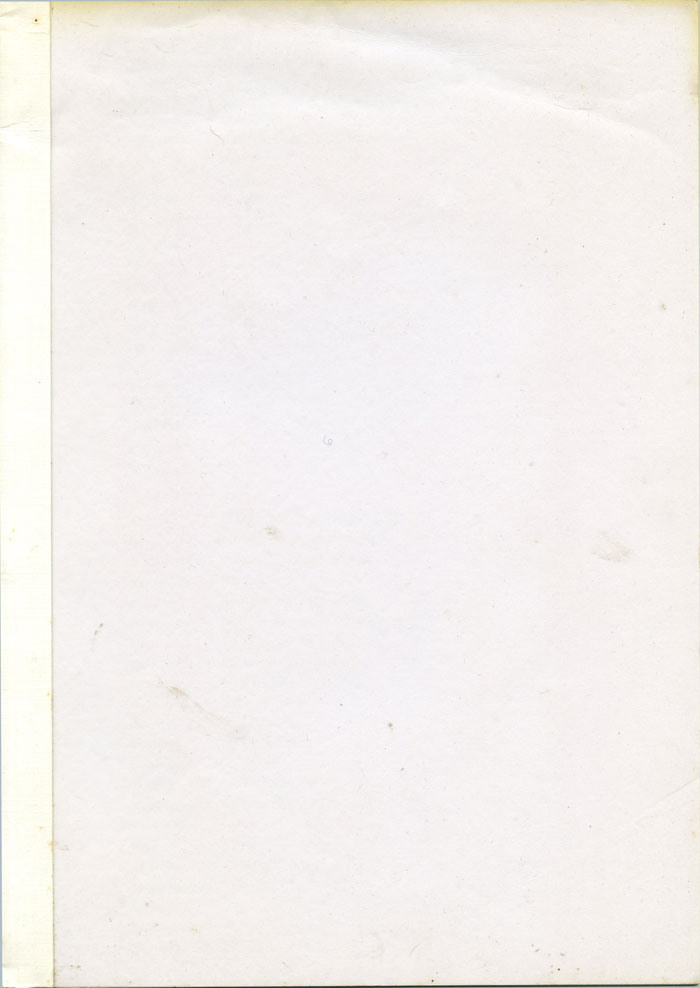 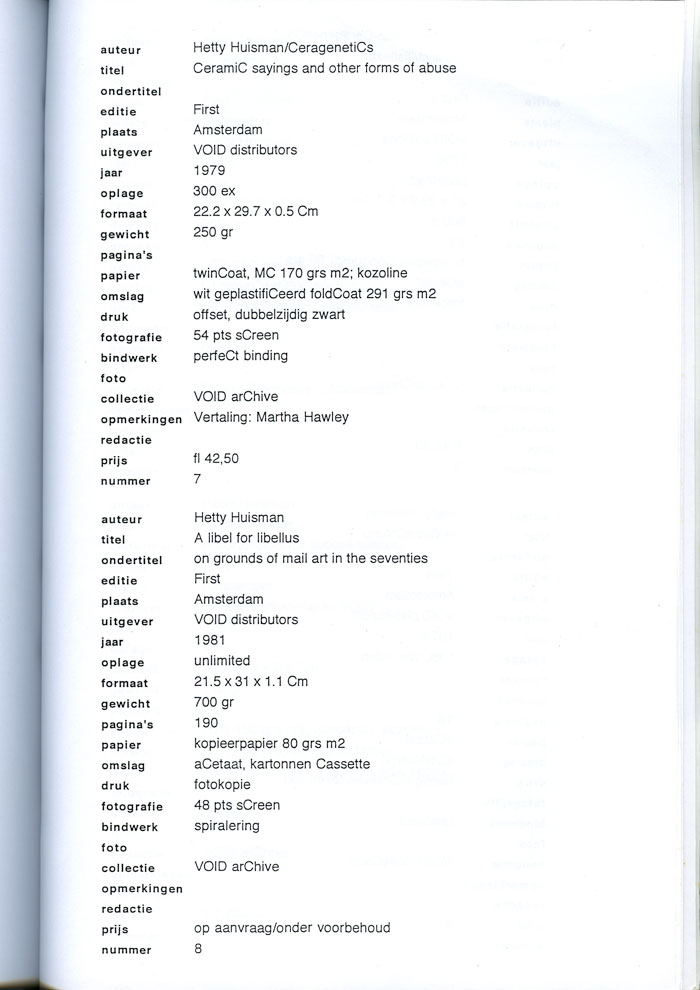 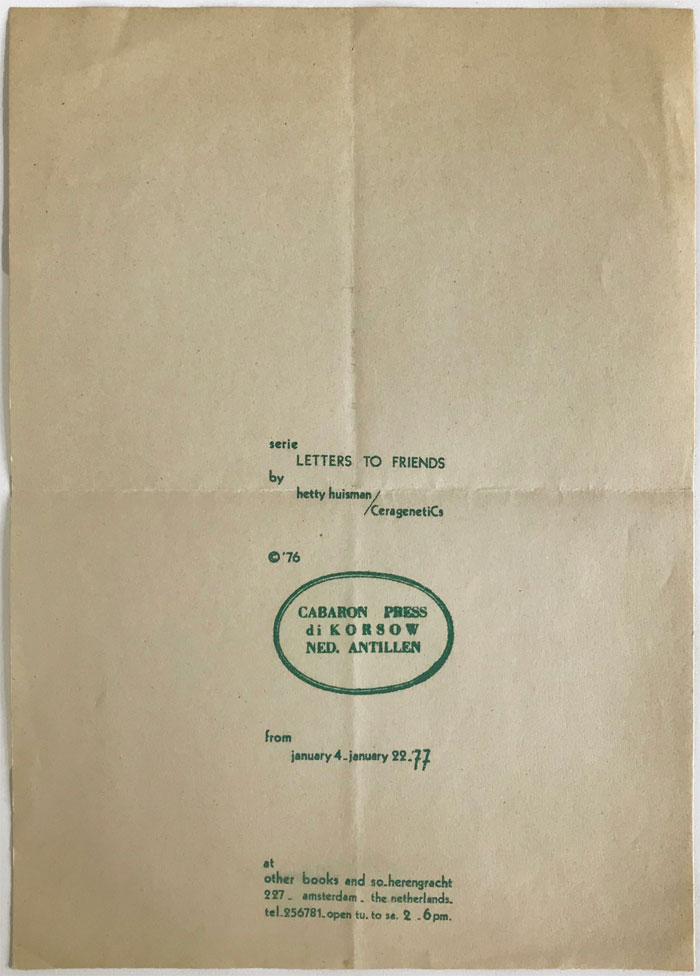 The exhibition showed a collection of handmade unique artists’ books from a series of 15, containing diary-like texts, drawings and collages and published in Korsow, Curaçao, Cabaron Press, 1976. Each booklet was addressed to a friend in The Netherlands while Huisman was temporarily living in Curacao. Staple bound graph books, each 19 x 25,5 cm, 24 pp. with handwritten text, ink and graphite drawings, rubber stamps and collaged photos. All signed, dated and stamped by the artist.

Hetty Huisman (1941-2017) was a Dutch artist working in a variety of fields. She made ceramic based works, albeit with a conceptual and destructive approach, and was a prolific publisher of artists’ books through her imprint Void Editions. Huisman published her own artists’ books and works by others such as Ulises Carrion (Second Thoughts), Henryk Gajewski, John Liggins. In the 1970s she was one of the founders of the In-Out Center artists’ space in Amsterdam. She curated exhibitions in her studio as well as at her temporary gallery in Curaçao where she also launched Cabaron Press.