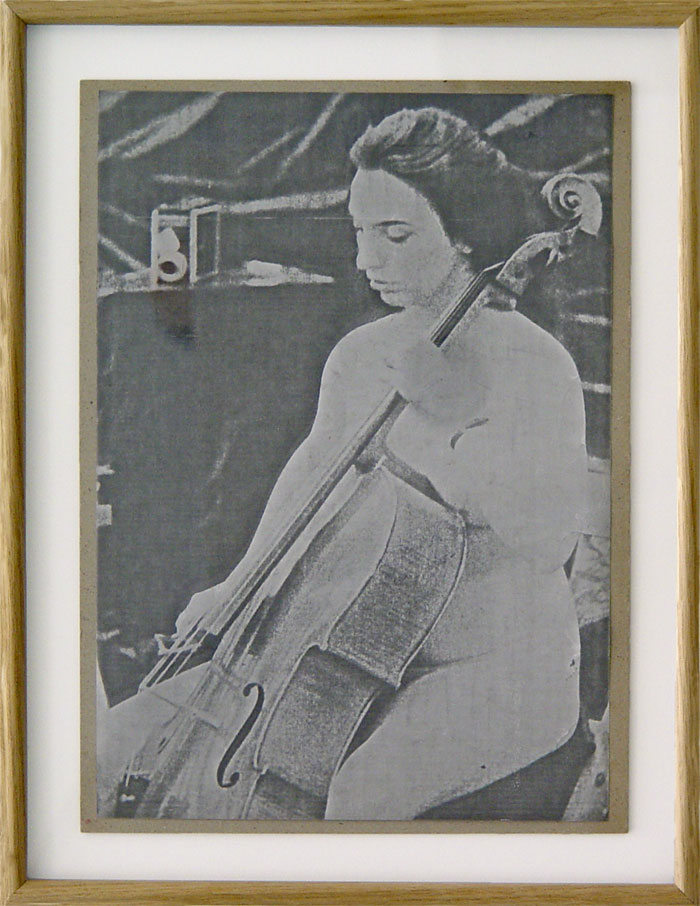 Charlotte Moorman had been found guilty of indecent exposure and given a suspended sentence for performing naked. It is highly plausable that this photograph has been taken during the ’24 Stunden happening’ in Galerie Parnass, Wuppertal in June 1965.

There is another photo copy known, mounted on thick cardboard and also published by Vertrieb durch Reflection Press, Stuttgart, Germany. The picture was taken during the same performance, hence the presence of the same camera on the lid of the piano depicted in both photo stats. 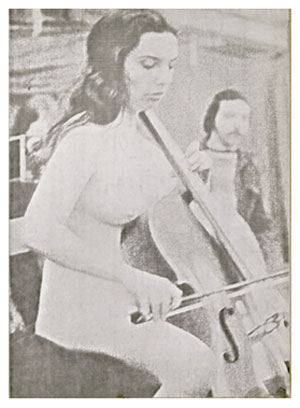