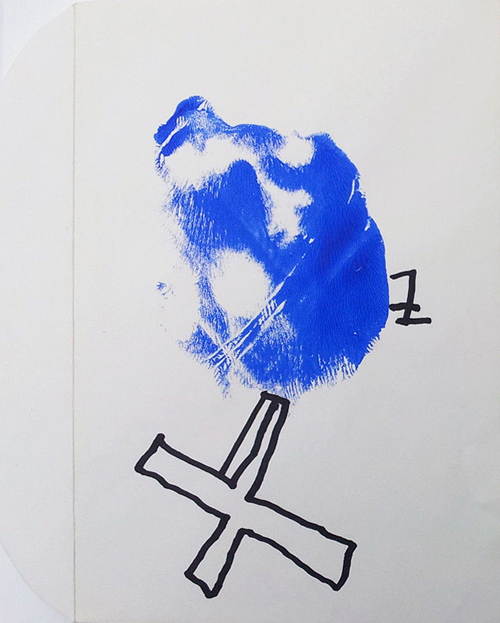 The monotypes were added to the first 50 copies of the accompanying signed catalogue published on behalf of his exhibition at the Kunstverein in Jena, Germany in 2001. Herbert Zangs made these series of monotypes for lenders and assistants of his exhibition. Some sources mention a series of no more than ca 20 monotypes. 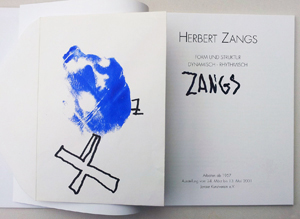 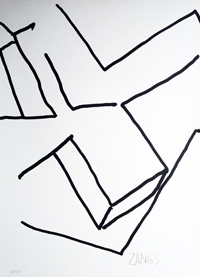 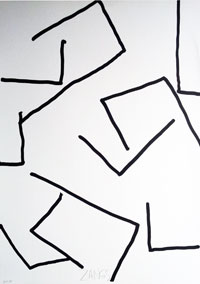