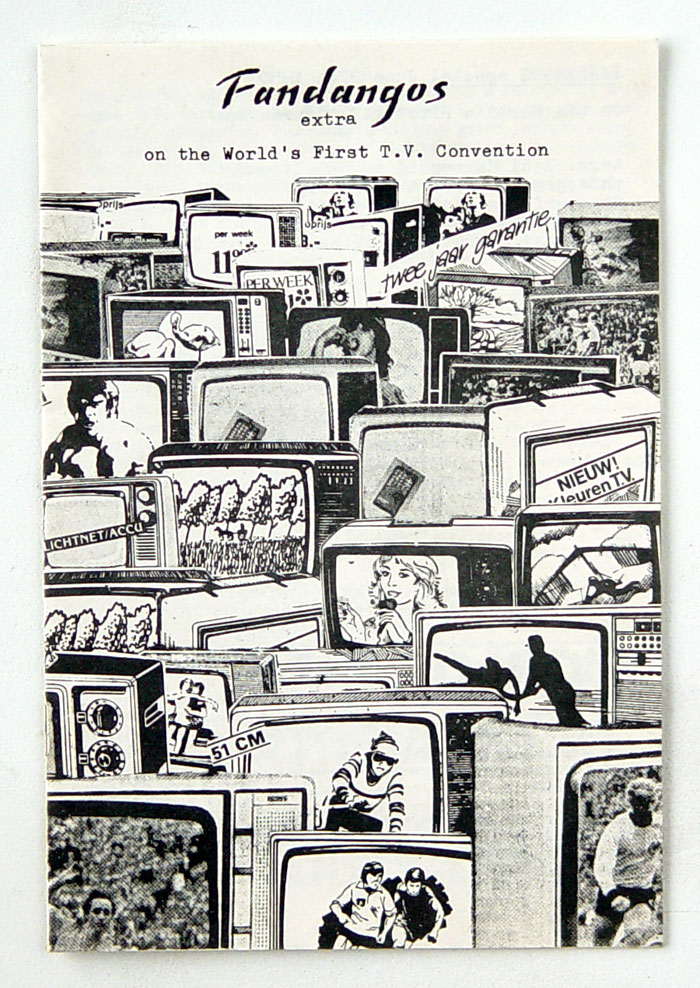 This extra issue of Fandangos is on the ‘World’s First T.V. Convention’.
A copy is in the collection of Stedelijk Museum, Amsterdam.