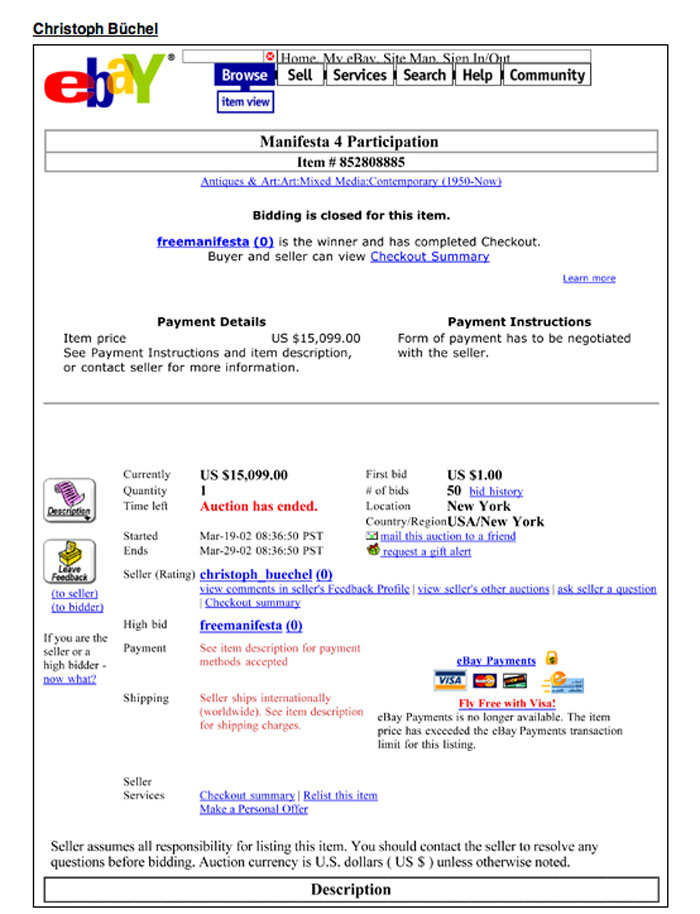 After being invited to Manifesta 4, Christoph Büchel offered his participation rights to the highest bidder on eBay who purchased this eventually for $15,099. 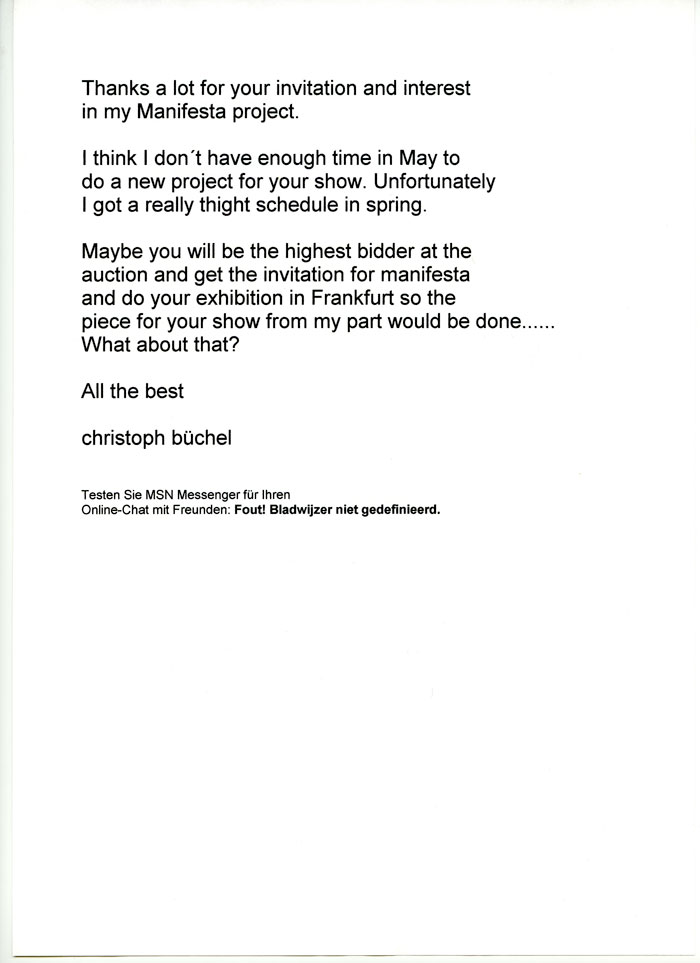