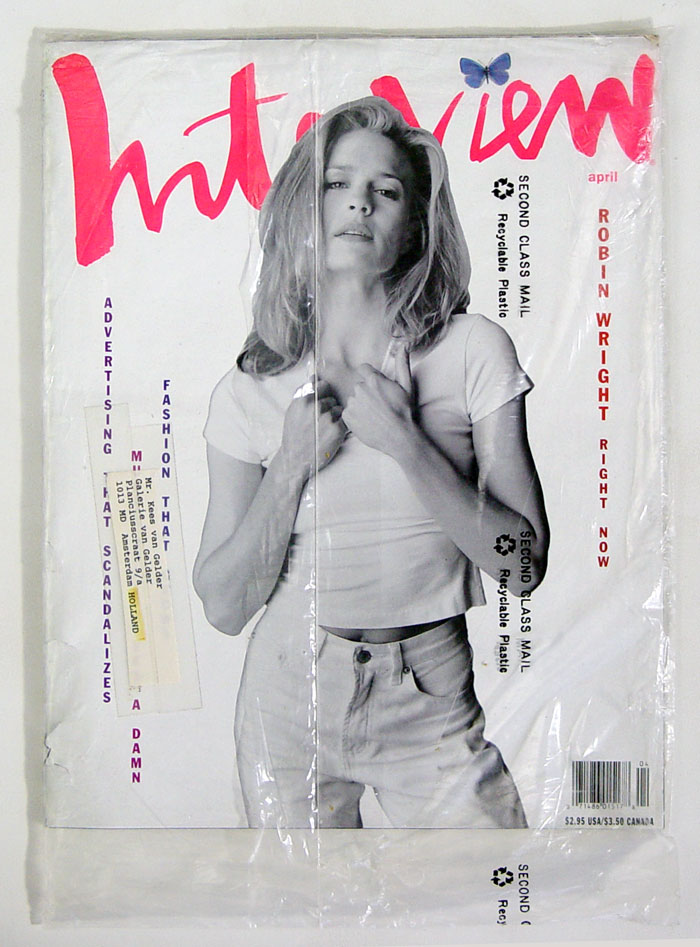 Interview magazine of April 1992 with actress Robin Wright on the cover was published by Brant Publications, Inc that took over the helm shortly after Warhol’s death in 1987. It was managed for 18 years by Ingrid Sischy, until she and Peter Brant’s ex-wife Sandra became lovers and left the magazine, selling Ms. Brant’s half-ownership stake in the parent company Brant Publications.