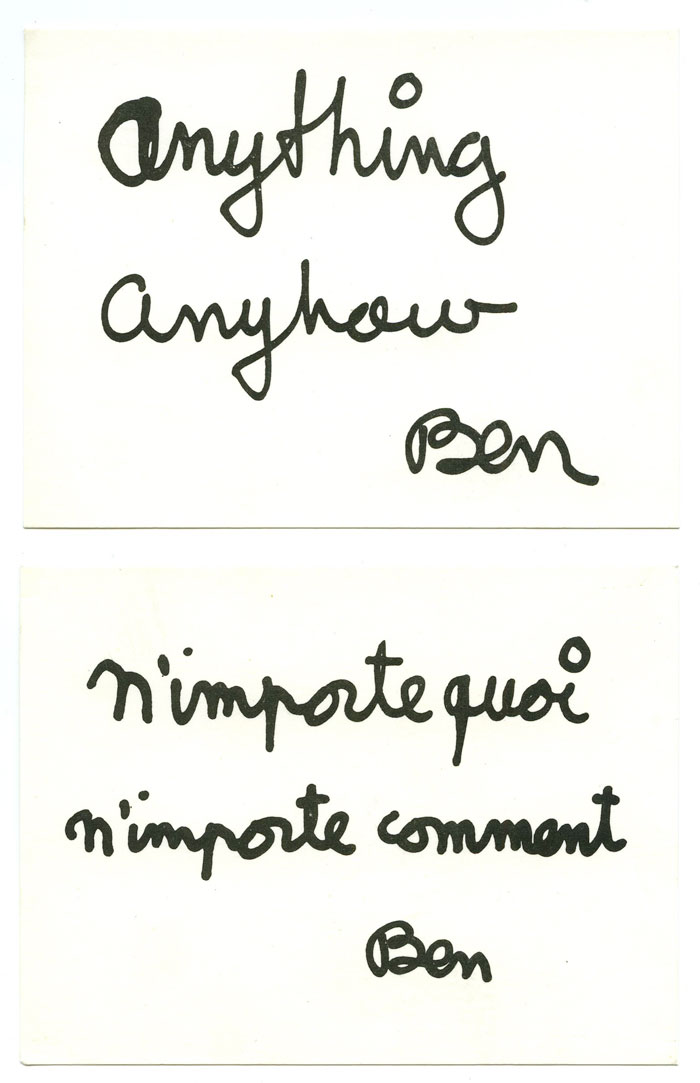 These two loose cards come from an envelope that contains five contributions of Ben Vautier, George Brecht, Gerhard von Graevenitz and François Morellet. The envelope was part of “TOEVAL”, a ring binder produced on behalf of a symposium. A fifth contribution consists of two dices with a Mozart score. It is published as examples of chance, but may be considered as an artist’s edition since the ideas and instructions come straight from the artists. It is not known if all loose contributions by various artists (e.g. “Chance Imagery” of George Brecht) have been added to the complete edition of 2000 copies.
A copy is in the collection of the Van Abbemuseum, Eindhoven, The Netherlands.

‘Actually it is not a catalogue but an artist’s book, with mostly original contributions by artists. That Morellet sheet – translucent paper – is usually signed.’
Mail 22 of January 2021 by Harry Ruhé to KvG. 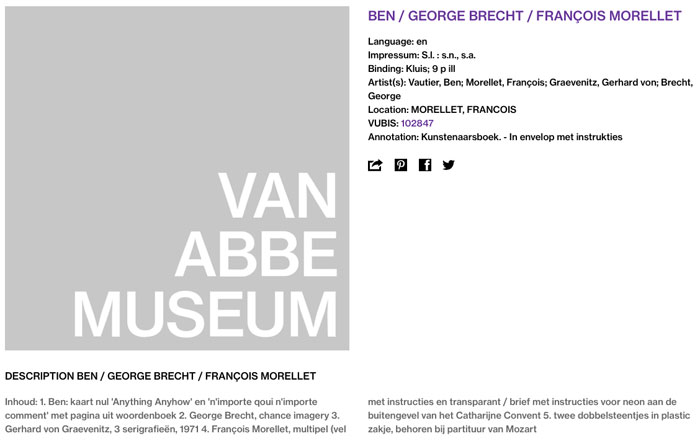