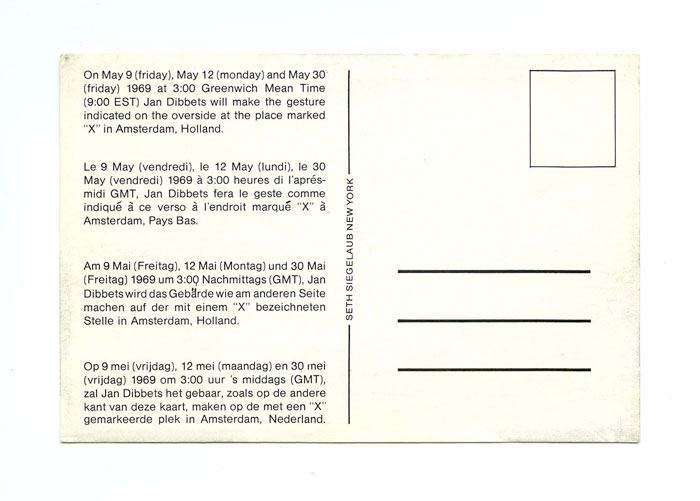 In spite of its high edition this unused postcard is not easy to find. It is not just a postcard. On the backside in four languages an announcement is made about an ultra short performance on three days in May 1969. On his balcony indicated with a cross mark, he would make a thump up gesture once a day as described. The card is often used as an iconic example of conceptual art, since the emphasis is put on an idea, much more than on the visual impact of the planned performance as such. KvG

The “X” card of Jan Dibbets is in the collection of both the British Museum in London and the MoMa in New York.