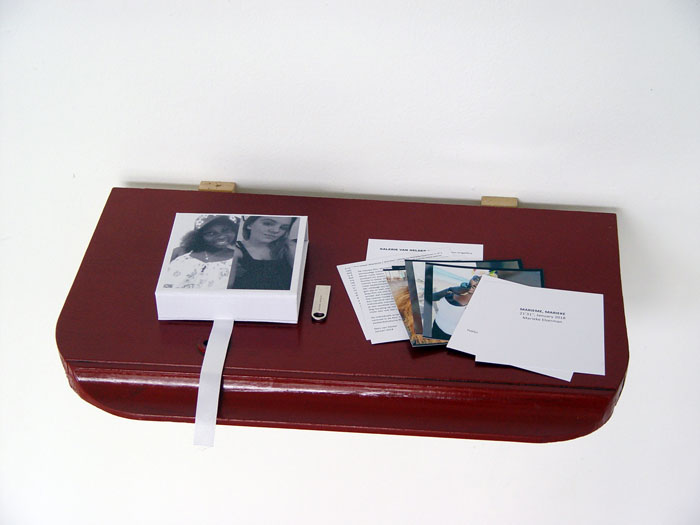 A new film titled “Marieme / Marieke” (2018) by Marieke Elzerman is of a natural beauty. The script is elementary: two girls of just no more teener decide to get to know each other better via WhatsApp. One studies and lives in Ghent (Belgium) and the other lives amidst her family in Dakar (Senegal). Both film their direct surrounding in a light-hearted and almost uneasy manner. Marieme is more defiant and expressive, while Marieke is more reflective and aloof. That brings on that one challenges the other to step more into the open and to make selfies.
No doubt there are contrasts in what is registered, but the differences are not that striking and that makes this film into a factual documenting of two equivalent environments of places of birth, without an underlying social-critical undertone. The latter makes this debut film friendly and human.
At the end of the film a warm gesture by Marieke is shown. Two individual youngsters come closer to each other, yet simultaneously one becomes aware of a calm and more timid attitude to life on one continent and a more carpe diem attitude on the other. More than anything else, these opposite attitudes seem to become crucial for the rest of their life.

In “Marieme / Marieke” (duration: 21′ 31″) the individual experience of one’s behaviour and own existence is the heart of the film and could therefore be called a film on existentialism made in 2018.
KvG