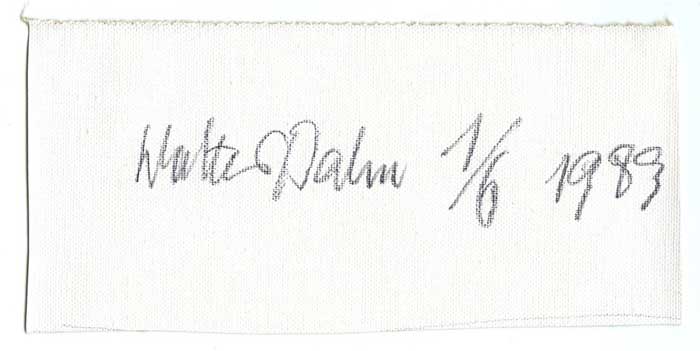 This label with signature (1989) was signed and numbered for being sewn under woolen carpet “Crowns” (200 x 300 cm) that was issued in an edition of 6. Each carpet was made on a command-selling base. It is unknown whether all copies have been produced. 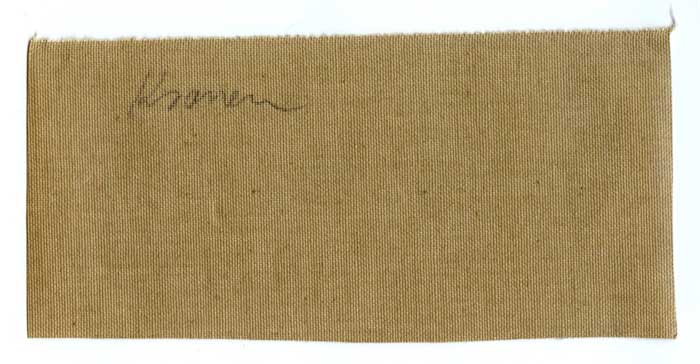 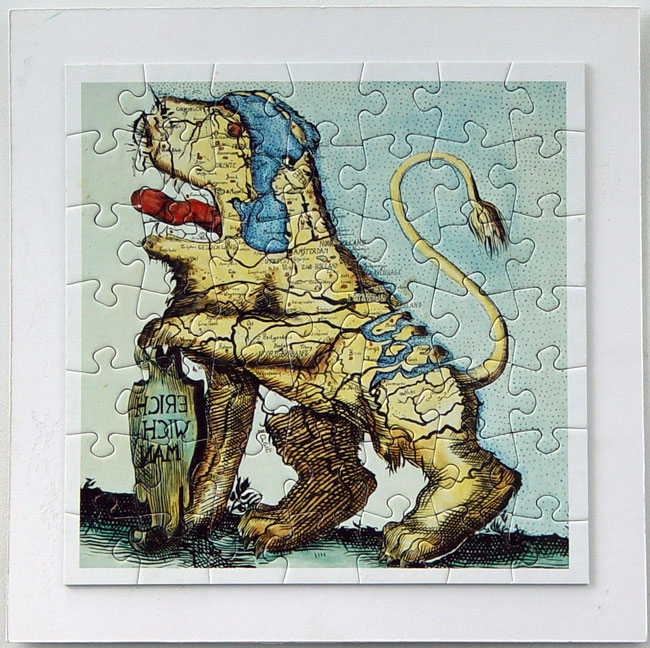 It is not clear whether the image is a cartoon, as almost all medieval etchings show the Dutch-Belgian lion looking to the right. The lion on Rob Scholte’s puzzle looks to the left with the shield mirrored, engraved with “Erich Wichman”. The names of the towns and rivers on the map stayed readable. Is the lion’s gaze pointing back towards an opposite direction?

Erich Wichmann joined the Amsterdam city council in 1921 as co-founder with his Rapaille Party ‘Had-je-me-maar’. The puzzle is above all a tribute to contrariness in general and not so much to Wichmann’s sympathies for fascism at the end of his life. He was a Dutch artist, eccentric, anti-parliamentary troublemaker and anti-bourgeois writer. His paintings (on display in, among others, the Centraal Museum, Utrecht) are not without merit as such. 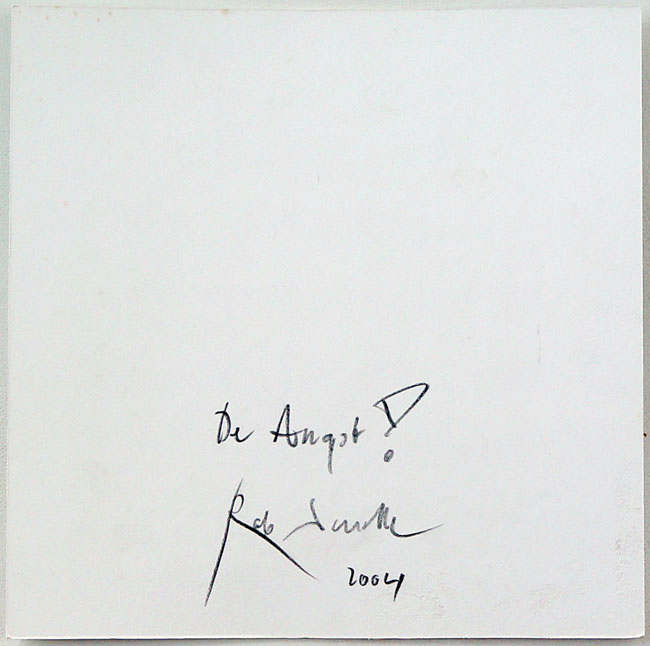 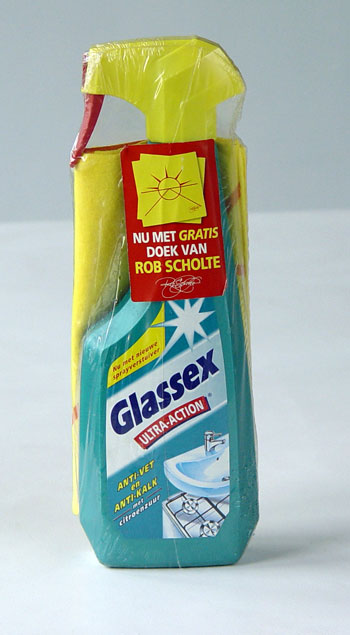 Rob Scholte is being looked at as the enfent terrible in the Dutch art scene. Appropriation of a polka dot, a Monopoly game or a Philips logo it is all in the game of making the notion copyright into a dispute. Here with ‘Nu met gratis “piece of fabric” van Rob Scholte’/’Now with free canvas of Rob Scholte’ he alludes to giving away a canvas to the buyer of a commodity item.
Next to a yellow spray cap there is a blue spray cap version called Glassex Multi-Action and a re-fill flask, both including a cloth with signature in print. 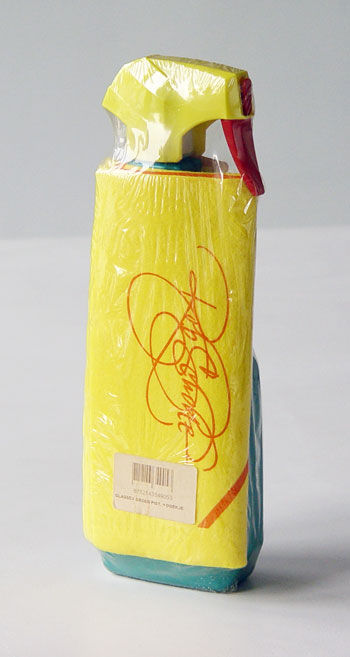 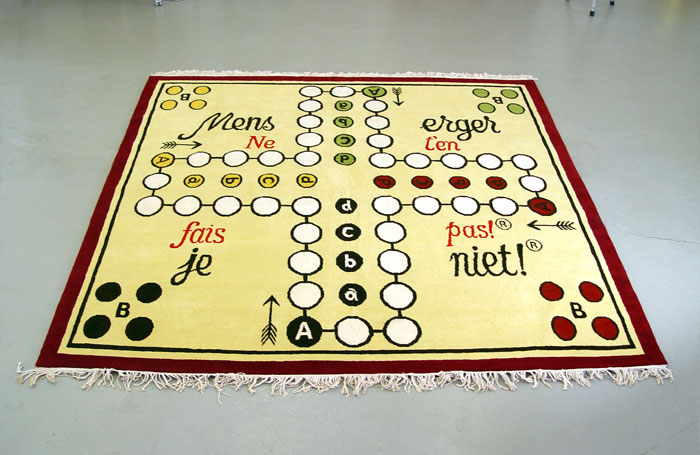 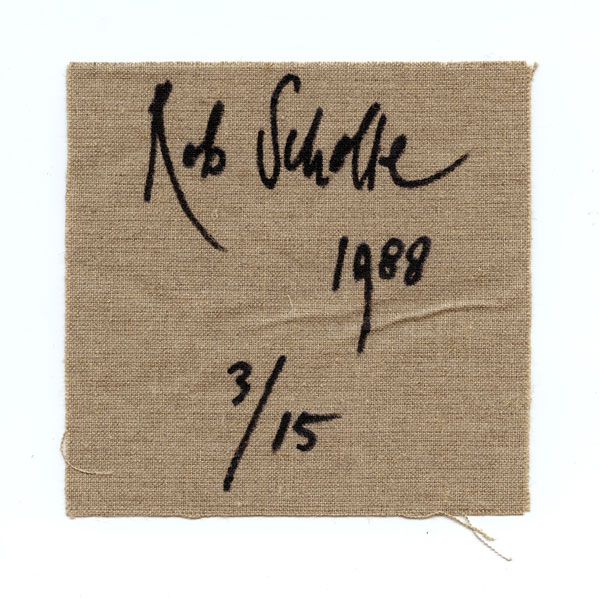 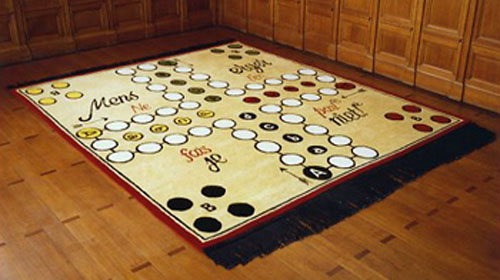