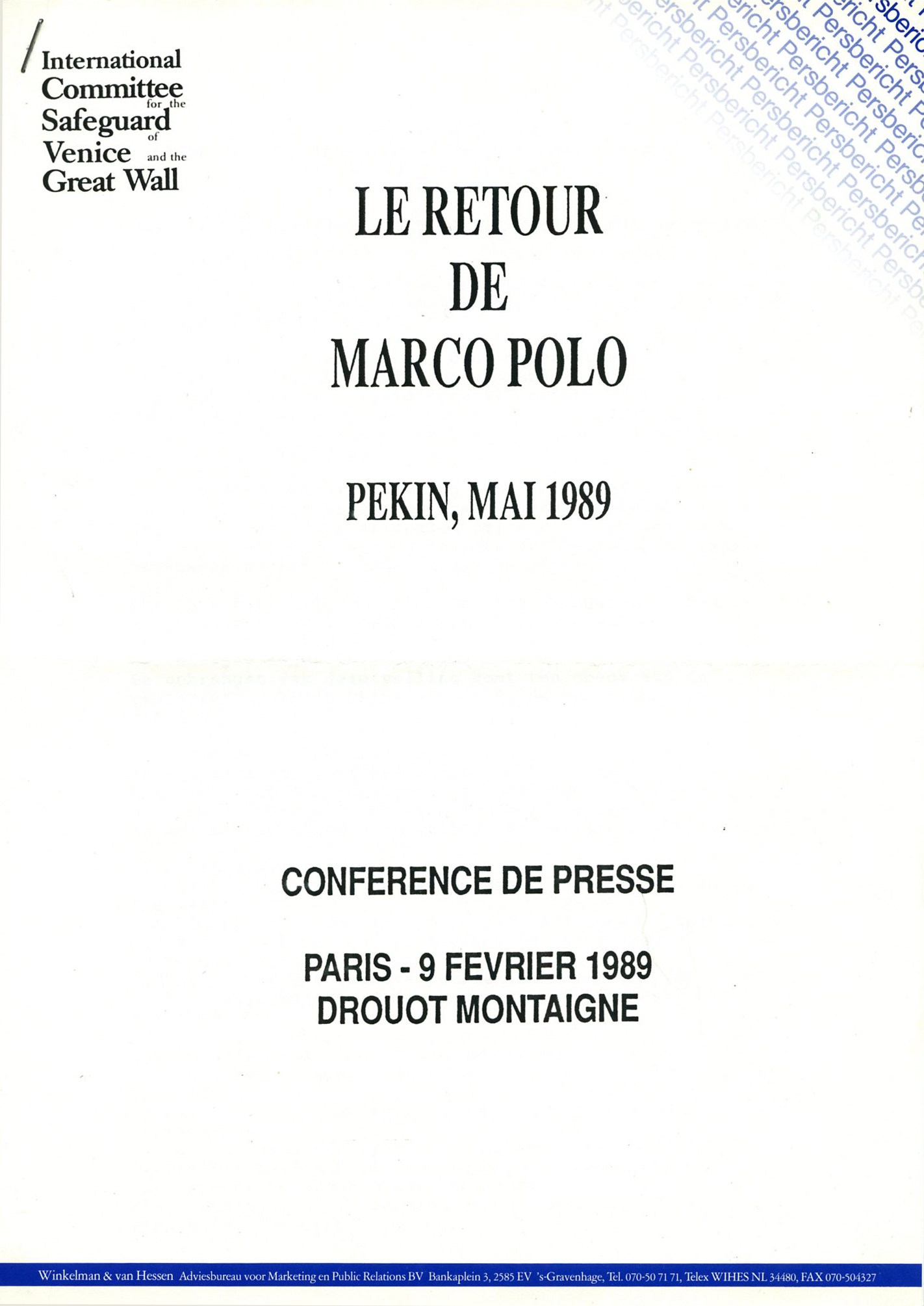 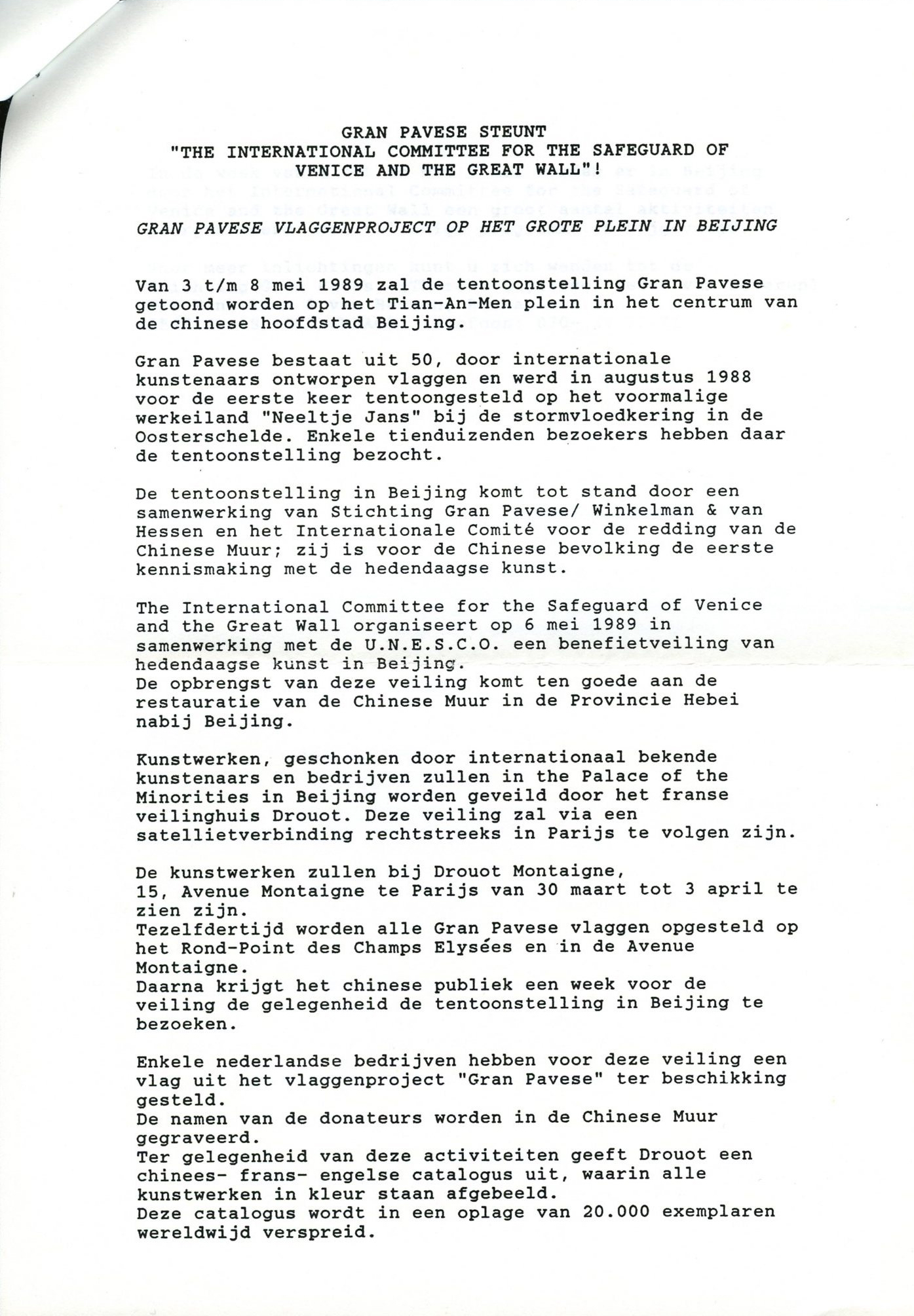 From the 3rd until 8th of May 1989 an exhibition called “Gran Pavese” was shown on the Tian-An-Men square in Beijing in the People’s Republic of China.