Constant Dullaart (NL, 1979) works primarily with the Internet as an alternative space of presentation and (mis)representation. His often political approach is critical of the control that corporate systems have upon our perception of the world, and the way in which we passively adopt their languages. Dullaart’s practice includes websites, performances, installations and manipulated found images, presented both off line and on Internet.

John Knoll took a picture of his girl friend Jennifer in Bora Bora, Tahiti. This image ‘Jennifer in Paradise’ became the first colour image used to demonstrate the software he and his brother Thomas Knoll invented. Software that could manipulate digital images that they called Photoshop.

This USB stick was handed out as promotion material by Gallery Carroll/Fletcher in London. 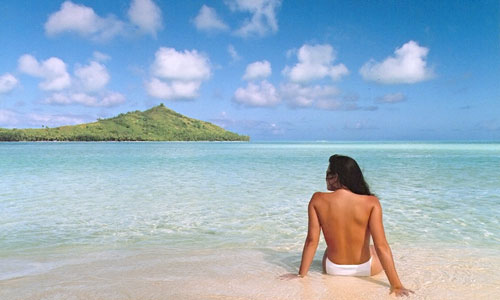