‘CUT magazine about art appears irregularly however often’ and is published by Galerie van Gelder. This time the magazine is printed in full colour, although leafing through the pages one gets a mainly black and white impression.

Issue #14 opens with an photographic image ‘On the Stairs’ of Steel Stillman followed by pages of short sentences describing one of the many snap shots he made with a Kodak Instamatic camera decades ago. The other half of the magazine shows pages contributed by Éric Giraudet de Boudemange who is interested in ‘ethnographic experiences’ documented by film and combined with paraphrases he staged during the filming of deer hunters in the woods. 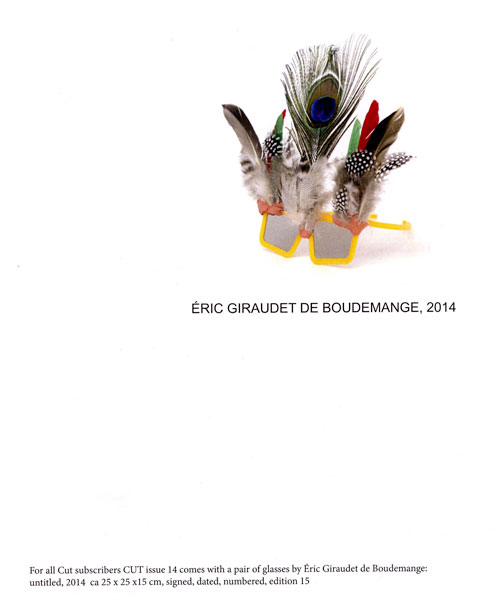