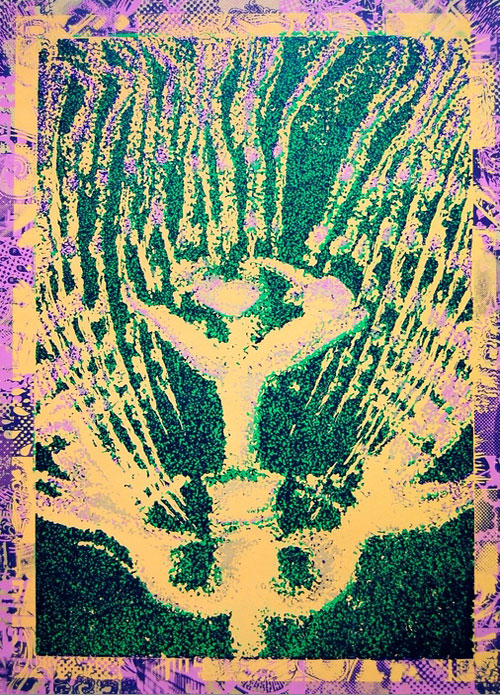 Opposite to printed matter for Daan van Golden when it comes to making a photo edition there is not really an interest in limiting the edition, although sometimes he uses edition numbers. Basically he prefers to have for instance the amount of a photo edition defined by the amount of buyers during an exhibition. Re-using a work from even decades ago is another modus operandi. In this sense the editions by Daan van Golden are contextualized and for him re-usable any time in whatever form or technique. And seen in this light, the following story was often put forward by Van Golden:
An emperor commissioned a team of Greek and a team of Chinese artists each to paint a wall. A partition was made between the two with a wall so that they could not prematurely see each other’s work. When the Chinese finished their job, their mural was unveiled. A few weeks later, the Greeks had finished their work also. The emperor was invited to come and to see the result. They had polished their wall surface so that the painting of the Chinese reflected softly in it.
The image featured in this print could be in some way or the other the image of an Eastern-like figure with arms high in the air mirrored in a pond or lake?