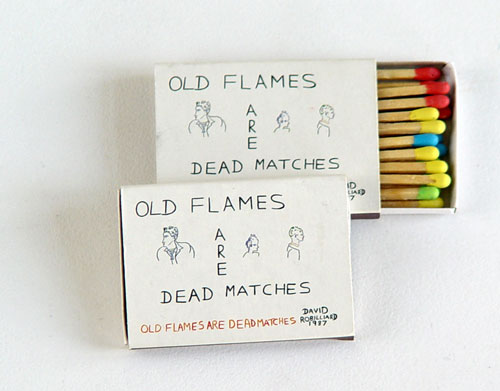 David Robilliard (1952-1988) was a self-taught painter and poet. He shared a studio with Andrew Heard and met Gilbert & George in 1979 who called him their favourite poet. Later on he became one of their models and appeared as the angry young man in the film “The World of Gilbert & George” made in 1981. His poetical one-liners were super fluently present in his paintings and his poetry was performed frequently by the group The Robilliards, Stephen Chamberlain, and Mental Mary who put Robilliard’ s texts into songs.