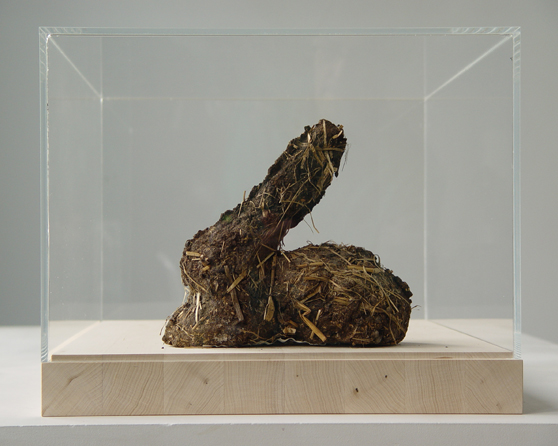 Dieter Roth is known for his artist’s books, speedy drawings, sculptures and installations. He was an extreme example of a Fluxus artist using found materials, including rotting food, melt chocolate and, like in this multiple, animal droppings. He once said: ‘Wait, later this will be nothing’. He is known as Dieter Roth and Diter Rot.

This edition is in the collection of the Moma in New York, USA: Dieter Roth, MOMA.