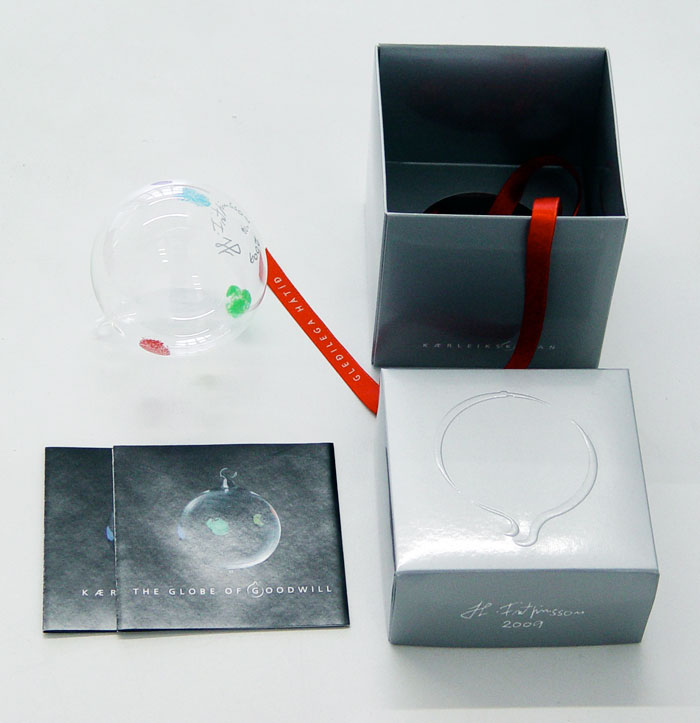 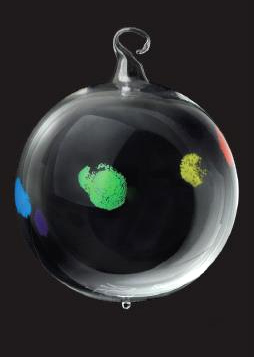 The glasswork ‘Touch’ (2009) of Hreinn Fridfinnsson could be characterized as a breakable object that has been touched by the artist’s paint hand in the colours blue, green, yellow, violet and red. It reads as a symbolic act of all the touches done by billions of individuals, a universal human urge that will last until eternity. Fundamental colours that refer to white light and to elementary colours emphasise this continuity of human condition to relate to nature, and the way we look at it and how behave in that same nature being part of it. During millennia many touches have been made and in that sense during the ages to come with touch after touch nothing will change this human drive. KvG