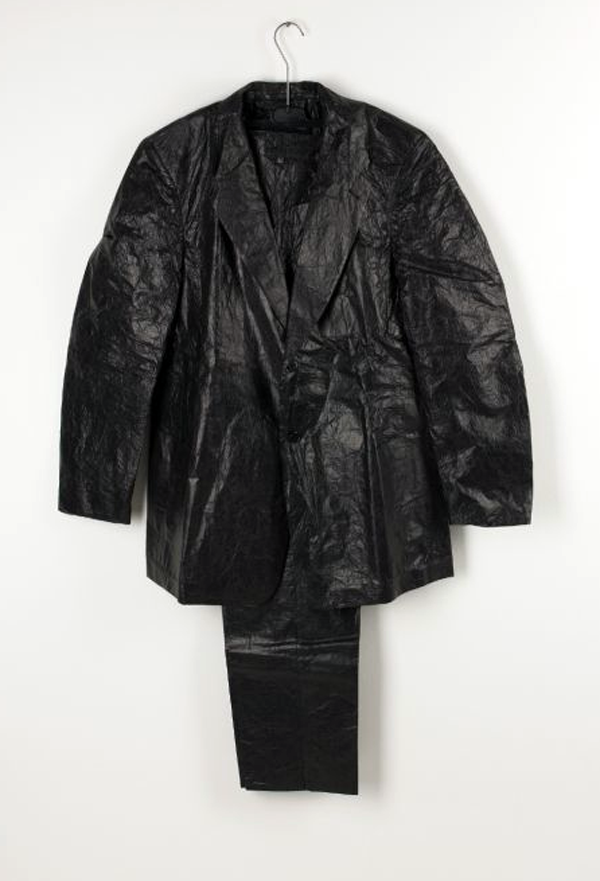 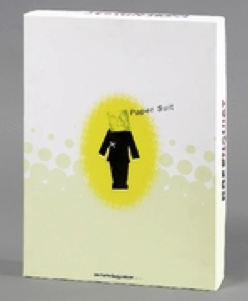 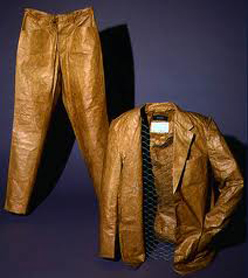 In 1966 James Rosenquist was ‘The Man in the Paper Suit‘, due to the fact that the artist wore a brown suit made of paper by fashion designer Horst to various exhibitions and gallery openings. His idea to wear such a suit design harks back to the brief 1960s fashion for paper dresses like the Warhol dress with Campbell Soup prints.