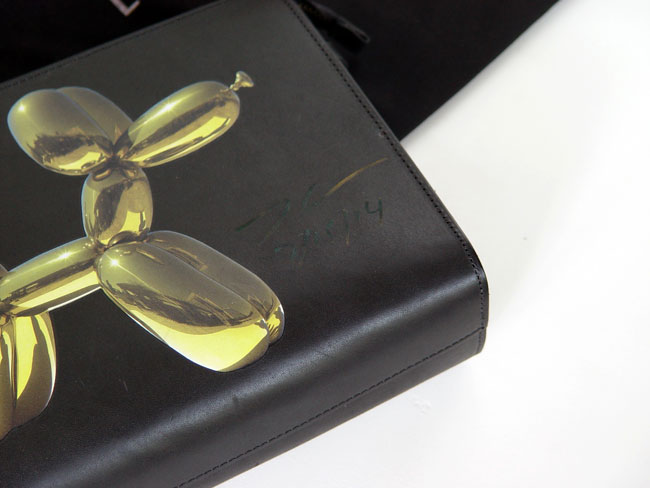 This limited edition Balloon-Dog-on-leather-bag was only carried in select stores across the United States and not in Europe or Asia, including Los Angeles, Chicago and Dallas. The 15th of July 2014 was the opening day of H&M’s newest Fifth Avenue flagship store in Manhattan, New York. The regular edition was put online at the company’s site hm.com two days later on July 17th, 2014 and was sold out in minutes.

At the opening most probably a few hundred handbags have been signed and dated by Koons. Nikki Lohr, reporter of The Observer/Gallerist wrote on her blog: “Mr. Biesenbach was also on board: “I love Jeff Koons working with Lady Gaga and working with H&M,” said Mr. Biesenbach. “In a certain way, it is what his work deals with naturally. It makes complete sense.” Always a man of the people, Mr. Koons signed almost every purse and scrap of paper pushed at him throughout the night. A woman in a black silky baseball cap and short black pigtails held out a Sharpie and her white iPhone to Mr. Koons. “Will you sign it?” she squealed. He traced a ‘J’ before he looked up at the woman and said apologetically, “I’m sorry, it’s just not working.”

After several years the gold felt pen ink oxidizes and starts to discolour. Nevertheless the dark signature at the top is by the artist….

Original status in 2014 when the handbag was provided with a signature: 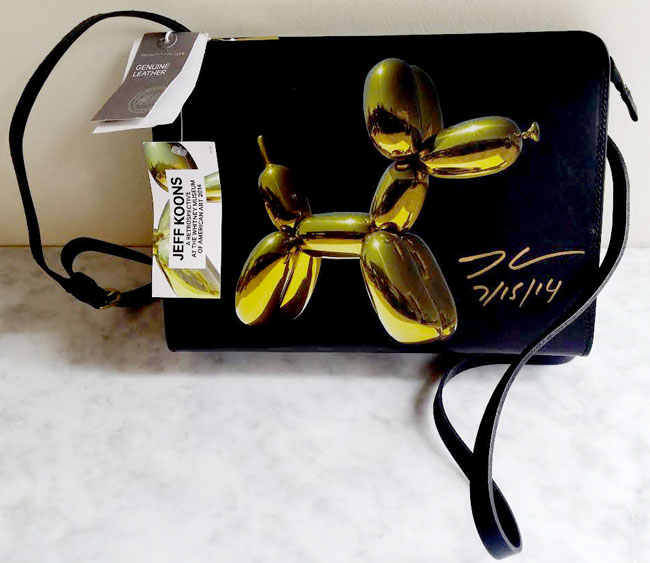