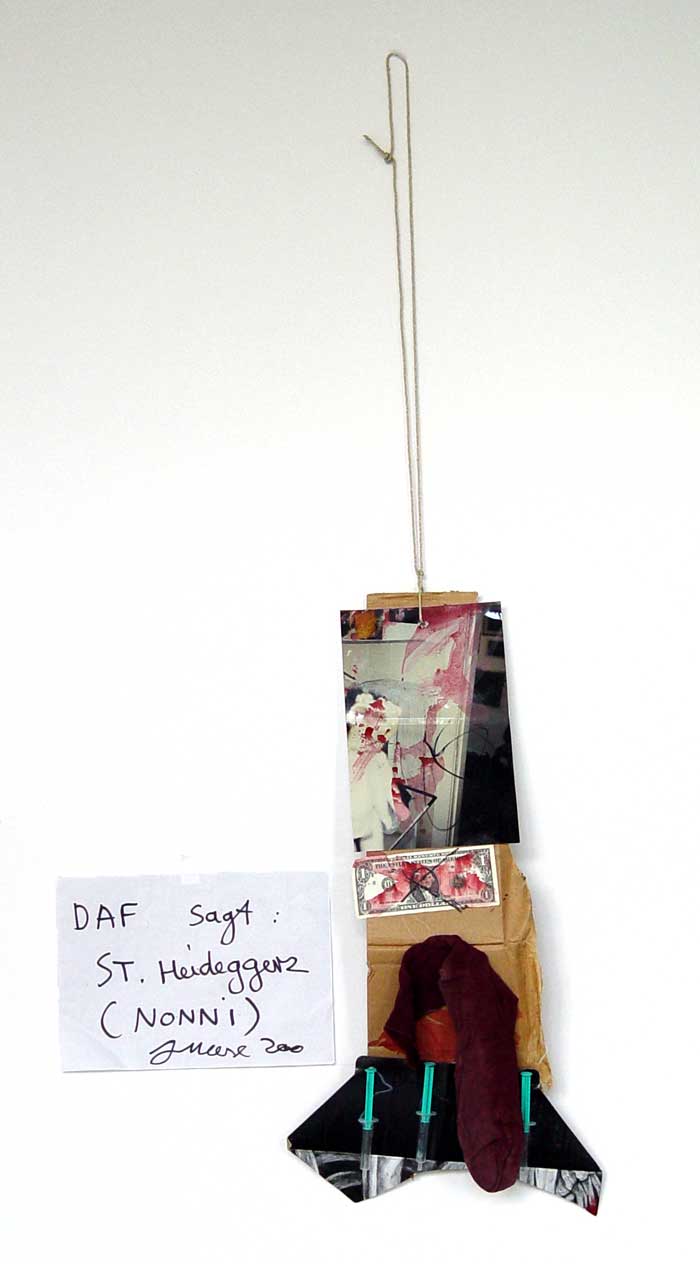 This edition is one of the few larger objects consisting of a unique collage and a sheet of paper with a text written in felt pen ink. Each multiple came with a plastic shopping bag, hence three parts.

Jonathan Meese is known for ‘Repeating incantations aloud or holding up cardboard signs with formulas as if to invoke the gods and placate them. Consequently, Meese designed an amulet for texts on art. It is amazing how Meese’s artistic repertoire changes in these amulets entitled “Nabob to Nabob = D.A.F. (Humanity)” condensed. Announcement Texte zur Kunst, 2000.
The cardboard amulets are roughly held together by pieces of cardboard or wood and glue, which is reminiscent of Meese’s quickly built structures made of wooden sticks. The amulet also pushes his cult around the new wave band D.A.F. (German-American Friendship).

Half of the edition was published with collages, each made as a unique object. A part is dated 2001. The other half consisted of hexagonal hangers made of plexiglass with a portrait of one of the members of the Electropunk and cult band Deutsch Amerikanische Freundschaft. 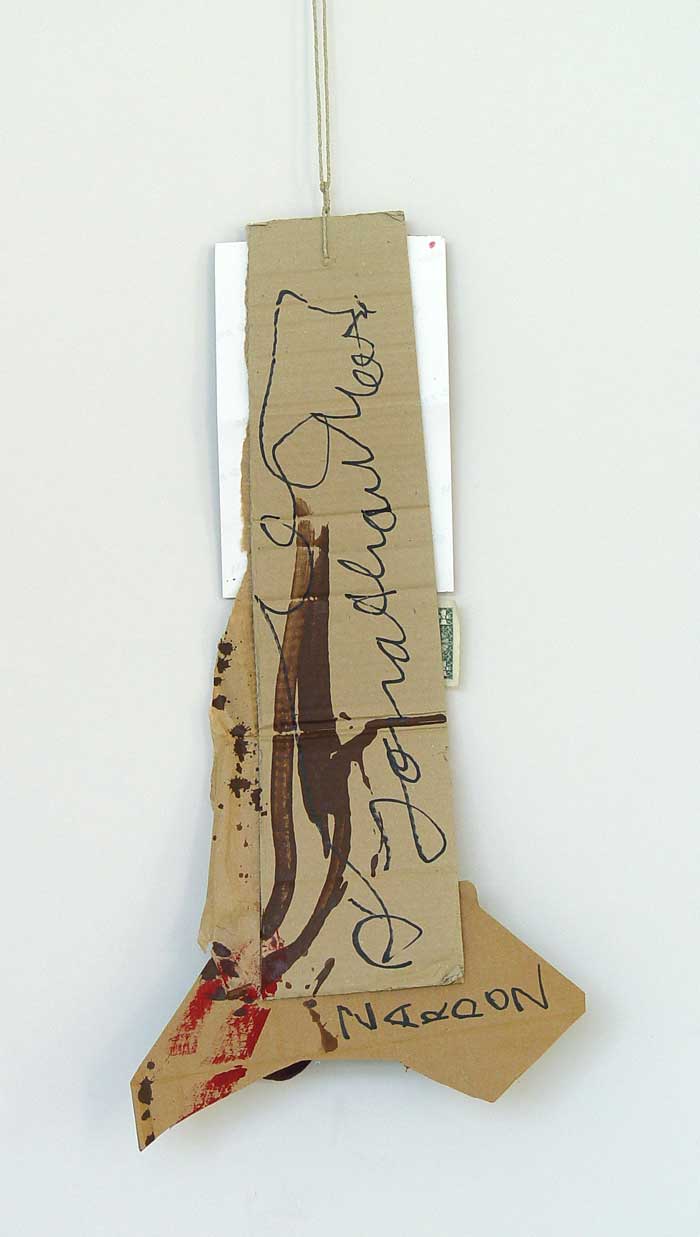 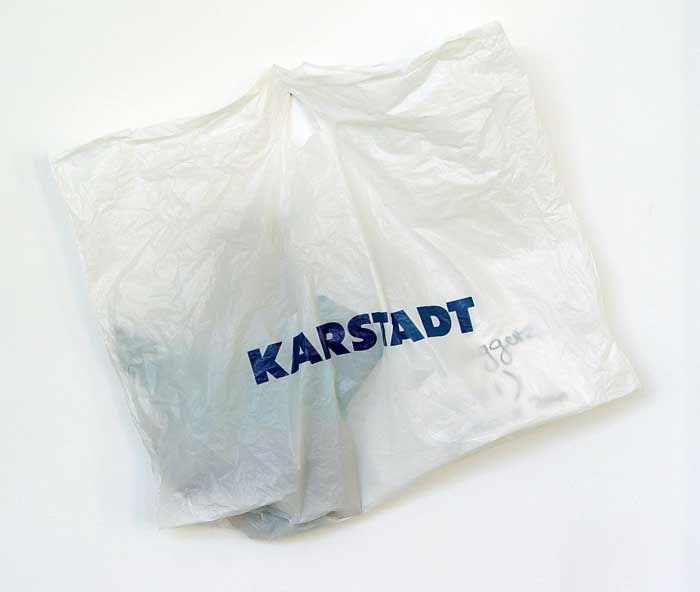 Extra information about the other half of the TzK edition: 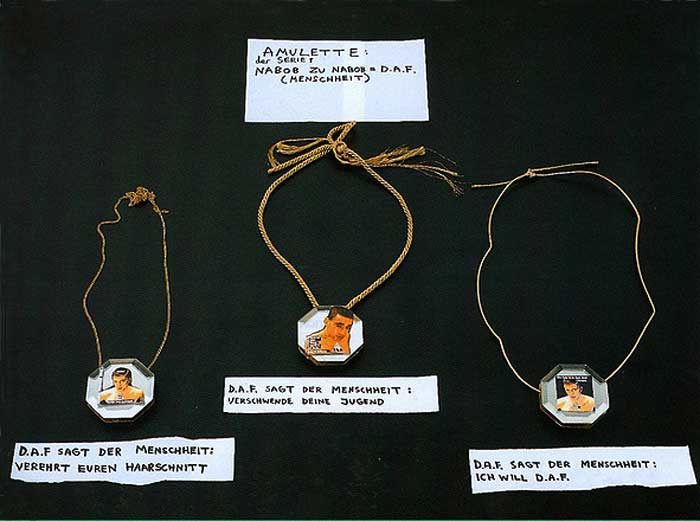