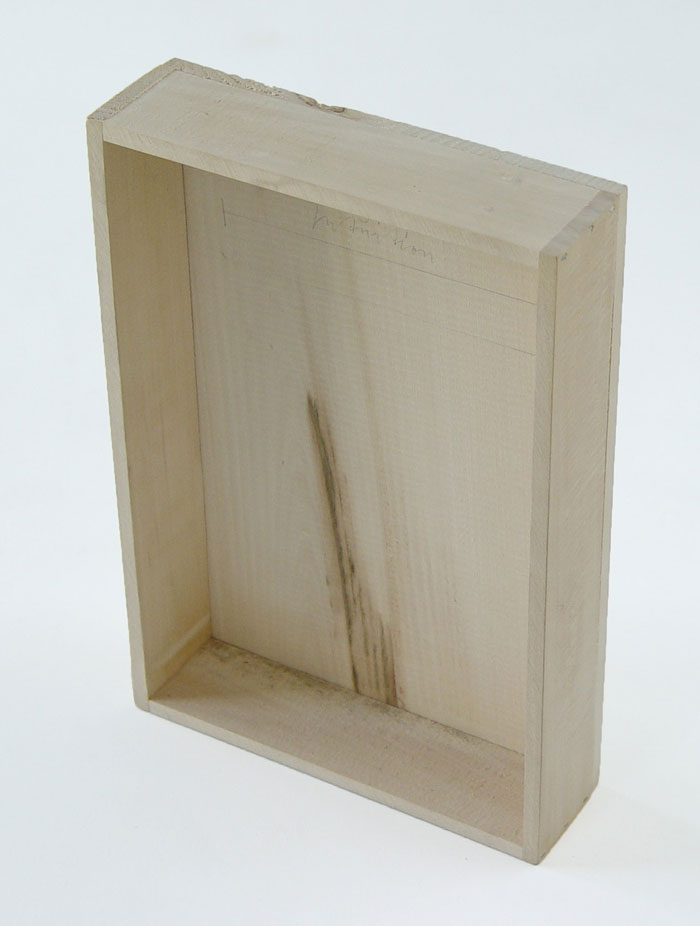 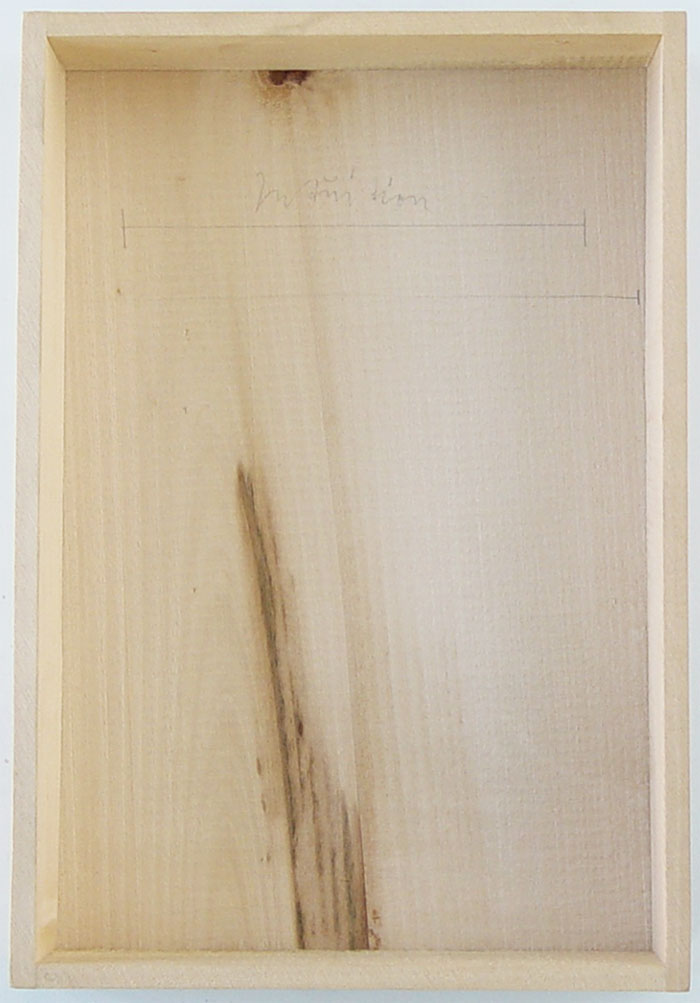 The multiple Intuition has been produced in an unlimited edition, but always signed and dated by the artist. There are several versions circulating; boxes with round corners, hooky corners, nailed, stapled, and at various spots signed and dated on the back, sometimes also ink stamped. Usually the boxes are aged, this one is exceptionally looking new with its whitish appearance.

The multiple Intuition takes the form of a shallow, open box, assembled roughly and from inexpensive cuts of timber.

The first and uppermost of these inscriptions consists of the word Intuition beneath which lie two horizontal lines. Joseph Beuys intended these respective lines as pictorial evocations of reason and intuition. The short standing strokes with which the upper line is bounded, call to mind the determinacy of rational thought. The lower line, by contrast, is open at one end, evoking the more enigmatic paths along which intuition can travel.

Manufactured in an unlimited edition, this multiple was originally sold by mail order for eight Deutsch marks. The low cost and ready availability of the work fulfilled the wish of Beuys and his publisher Wolfgang Feelisch to make art more accessible to the general public. 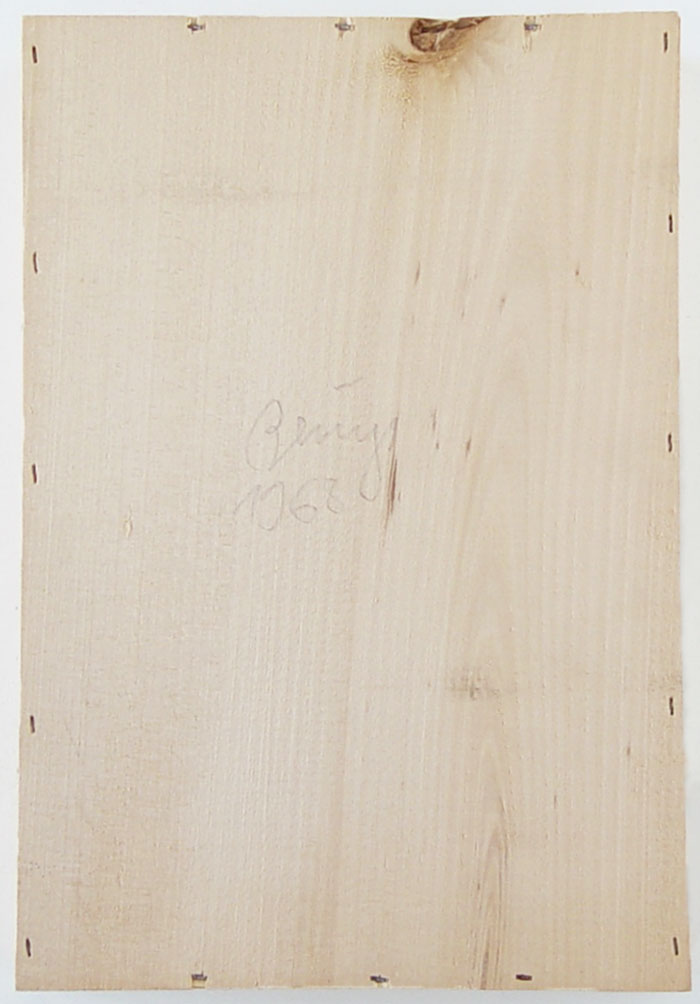 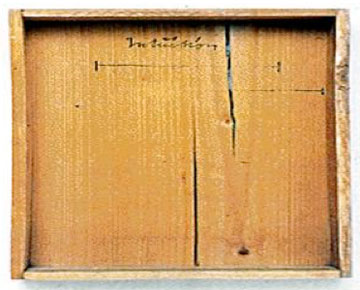 From 1968 on, some 12,000 copies were made of this A4-sized plain wooden box, which went on sale at a price of 8 German marks. Circulated in the manner of a pamphlet, the slogan ‘Intuition’ records in two pencil strokes Beuys’ counter thesis to materialism and rationalism in the context of 1968 and its political debate. The empty wooden box was supposed to become an item of daily use, with intuition potentially filling it with a new attitude.