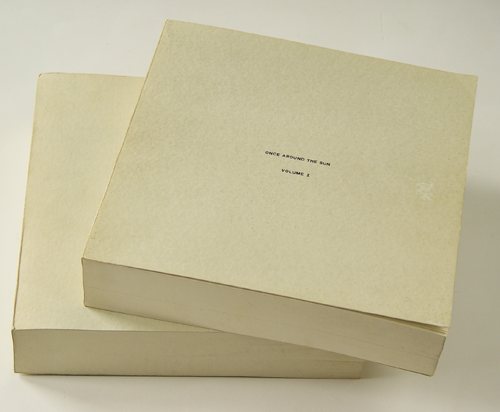 The production of this self published book by Silver Press – owned by the artist – was very laborious and definitely no more than 8 copies were made. In 1982 Ottenhausen Verlag in Aachen / Munich, Germany, took over the project and published 100 copies which were less voluminous than the original book object hand made by the artist. With the reprint the width of the spine of each volume is shrunken to almost half of its size, making the work less sculptural than the original.