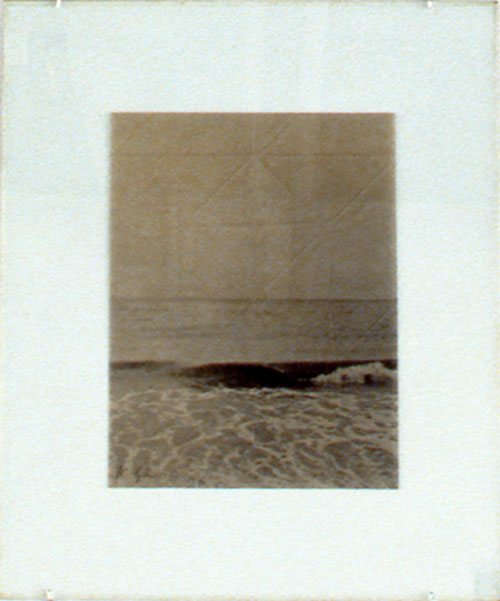 Kristjan Gudmundsson installed the print ‘Shipwreck’ behind a glass plate for the first time in Galerie van Gelder in Amsterdam in the late eighties. Originally in the seventies it used to be an object in a wooden box; a paper folded boat lying on its side at the bottom of the box. Now the paper sculpture is conserved in a wooden frame with a signature in capital letters.
In 1974 Kristjan Gudmundsson went to Drukkerij Andersen in Amsterdam that forwarded the order to Drukkerij Van der Stolk also in Amsterdam (Ruyschdaelkade). At that time Kees van Gelder was the only employee in this offset printer’s firm by which he had to print this order on tracing paper. 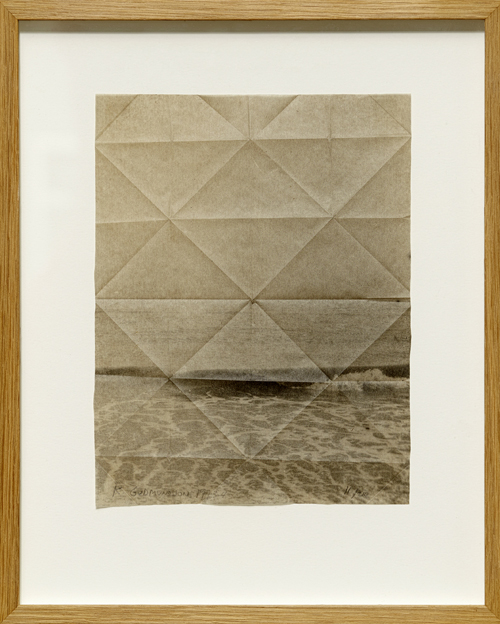