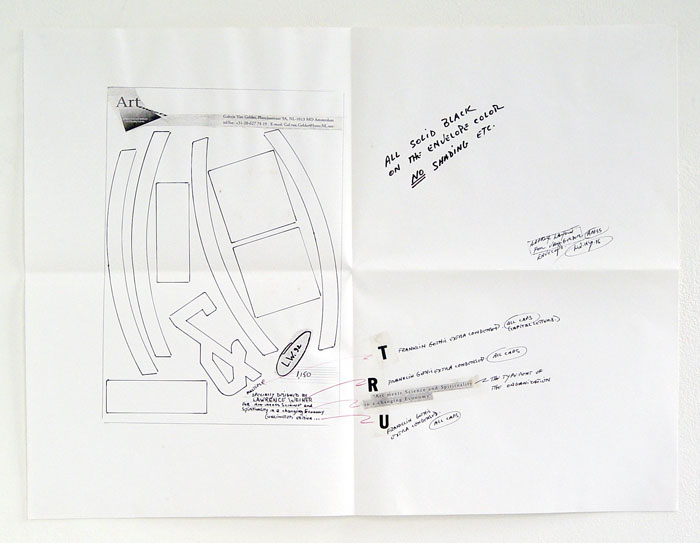 Lawrence Weiner’s primary medium is language, often in combination with red, yellow, blue coloured signs, or in mere black and white. He is a New York and Amsterdam-based sculptor who prefers to make art that is accessible, open-ended, mutable and transferable. In the ‘Art Meets Science Multiple’ the artist skipped linguistic language completely, making this work an uncommon outspoken pictorial piece within his oeuvre.

The depicted drawing here is a draft for a new envelope as soon as the first run of 1992 is out of stock. Until today this never happened. The image on the brown envelope suggests that the multiple ought to be installed as depicted. In fact at a later stage Lawrence Weiner preferred to have the piece installed as one likes, although he did not want to have that explicitly mentioned as such.