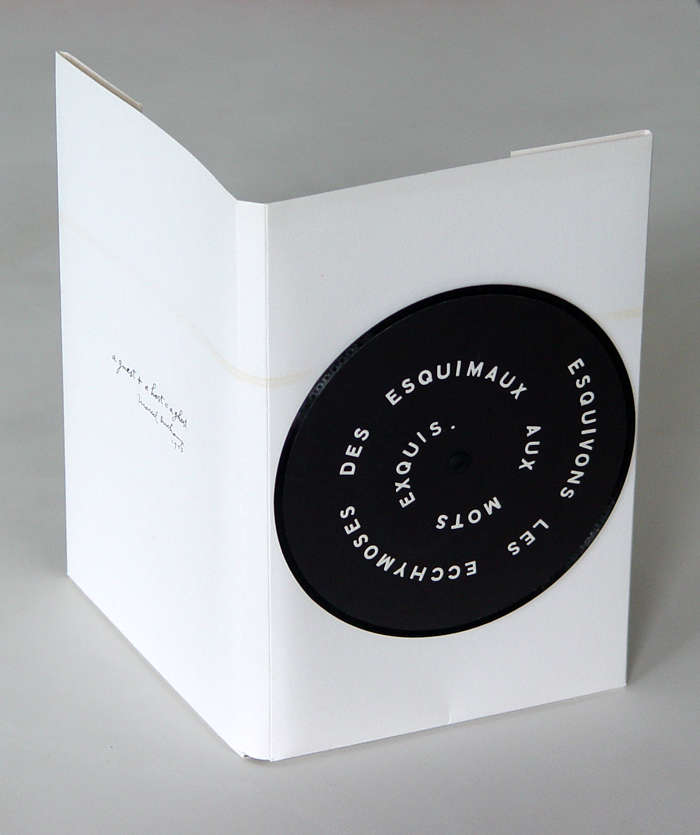 Sound record:
7′ recording of contrepetrie
This is one of the very last works that French artist Marcel Duchamp (1887–1968) created during his lifetime. It is a recording of his voice reciting French word games, known as contrepètries, which play with the sounds of words. The phonograph record presents an absurd alliterative sentence written in a spiral, that could translate to “We dodge the bruises of the Eskimos in exquisite words.” 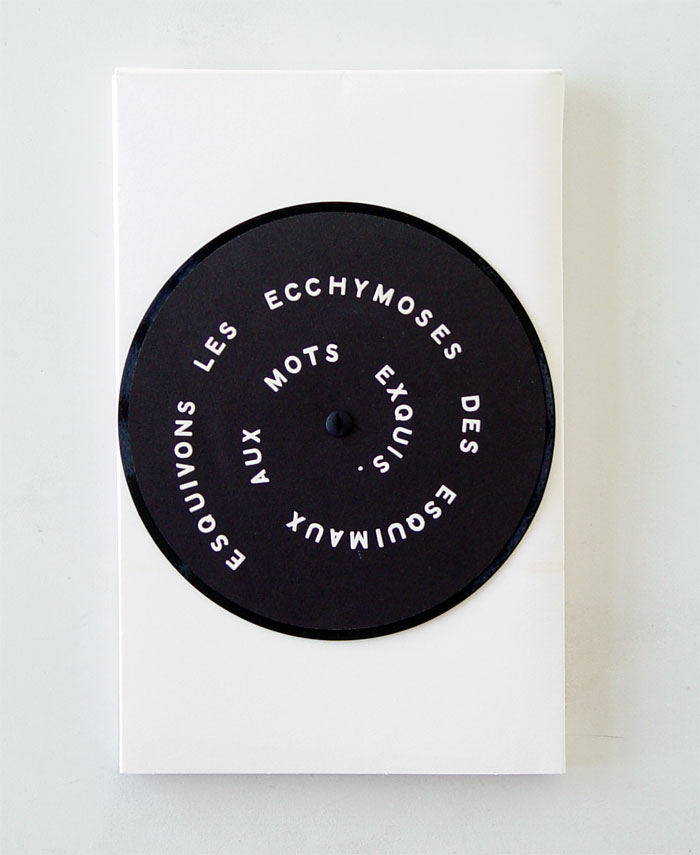 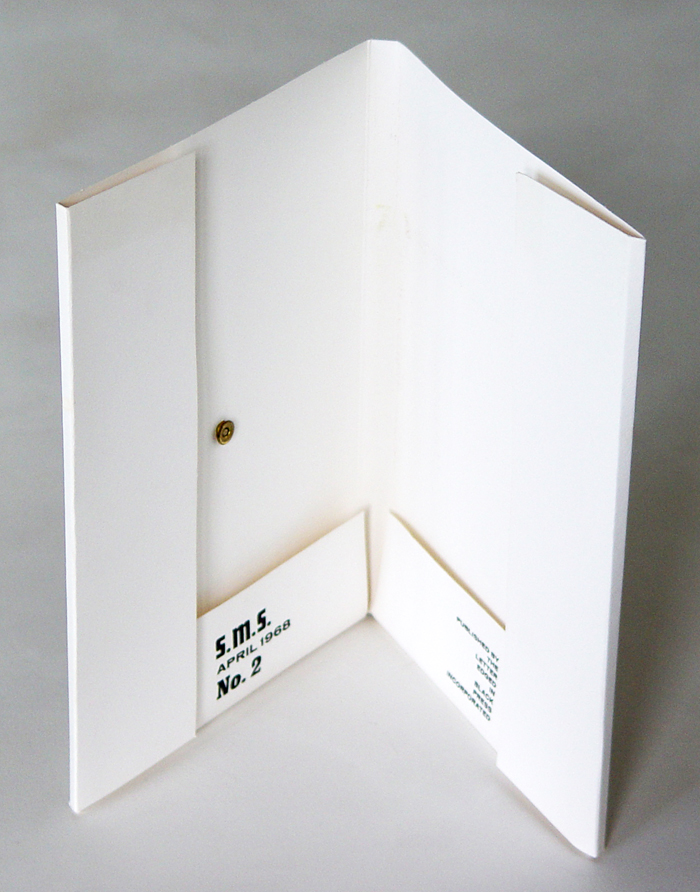 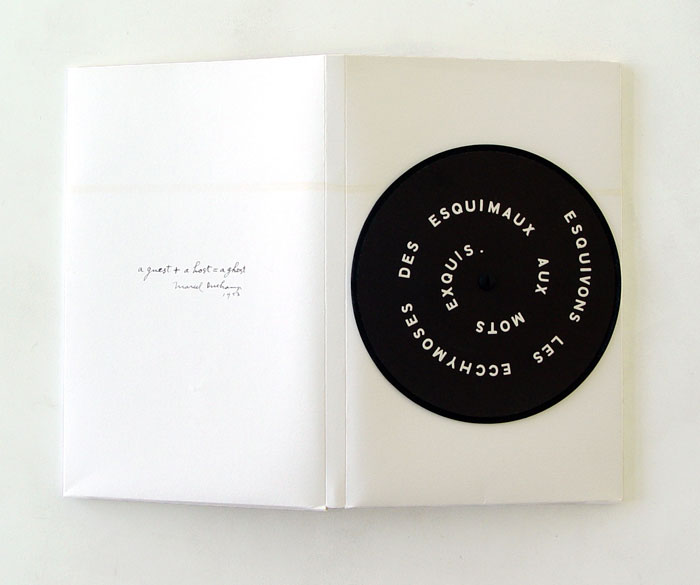 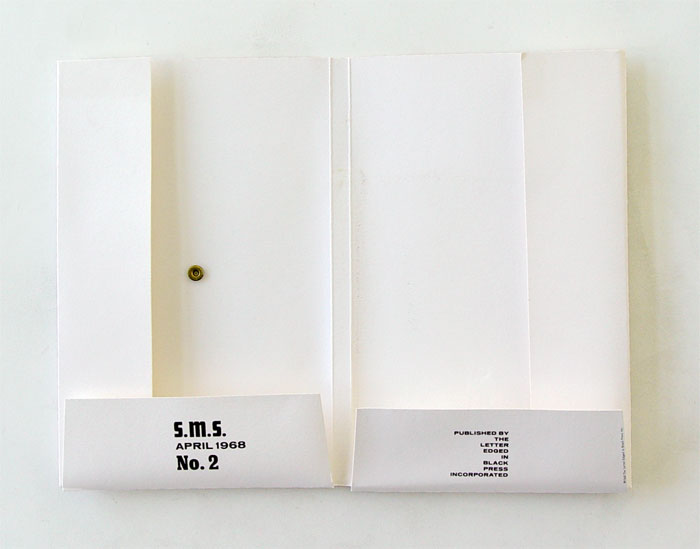 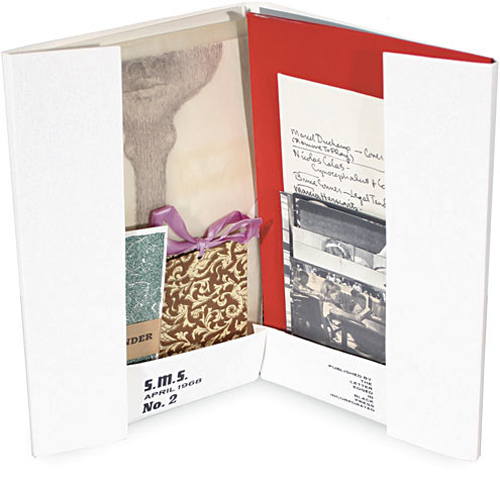