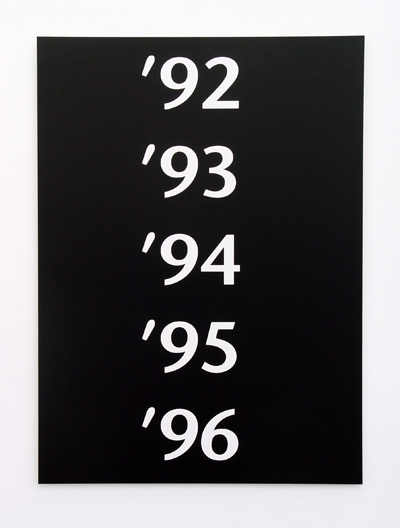 “After the artist had made the final selection of works for her exhibition in the Wiener Secession, she noticed that her choice contained a work from every year between 1992 and 1995. Based on this fact she made a poster, but because the poster itself was also a work, the year 1996 was added as a new fact. The image of white dates on a black background created the suggestion of five consecutive frames of a film.” From text by Kees van Gelder in catalogue ‘Close by in the distance’ (2011), p. 74.