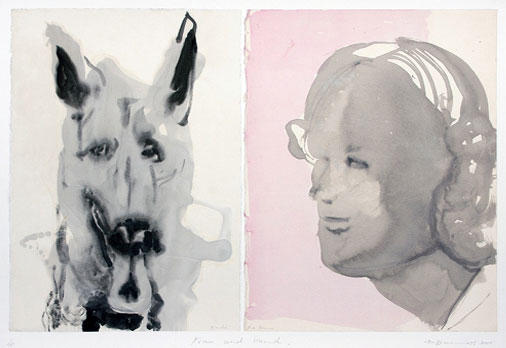 Marlene Dumas uses often aqueous techniques with paint on paper to express intangable notions like Love, Birth, Suffering and Death. In ‘Frau und Hund’ the notion loyalty seems to be the main theme, since this reproduced aquarelle in print alludes with a story about Hitler who after his defeat of Stalingrad would have said that only two friends still stayed with him: Eva Braun and his dog Blondi.