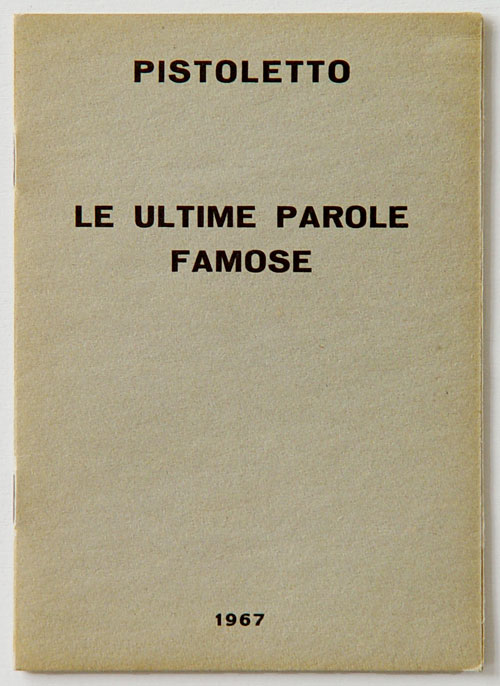 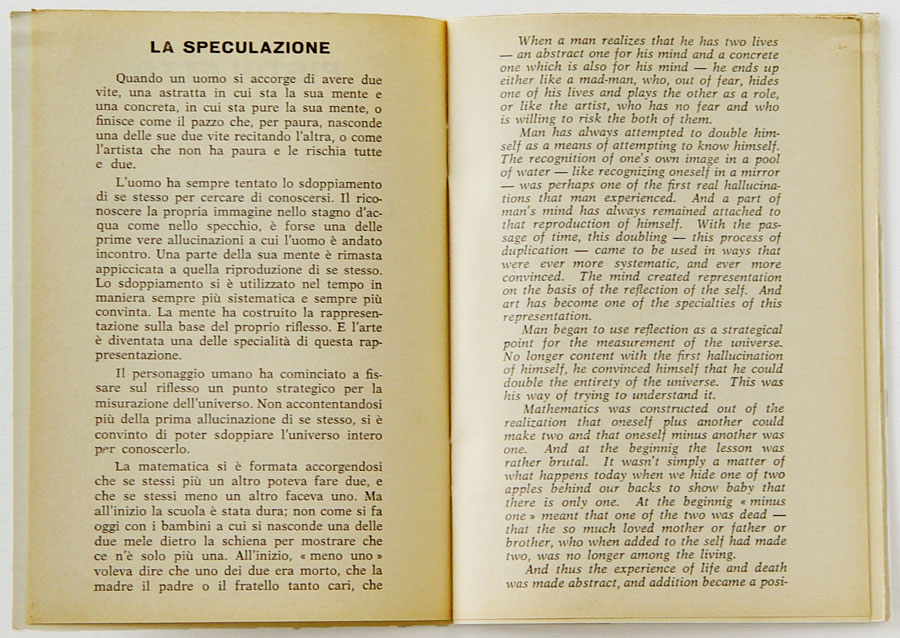 This booklet is the first artist’s book by Michelangelo Pistoletto in a limited edition of 60 copies as is stated by him in a publication of Musée d’Art Contemporain in Lyon in France: “Michelangelo Pistoletto Continenti del Tempo”, 2001.
The text is both in Italian and English, the latter being very uncommon at the time! The first line in the book may be considered as the kernel of the whole manifesto and states what it means to be an artist:

“When a man realizes that he has two lives – an abstract one for his mind and a concrete one which is also for his mind – he ends up either like a mad-man, who, out of fear, hides one of his lives and plays the other as a role, or like the artist, who has no fear and who is willing to risk both of them.”