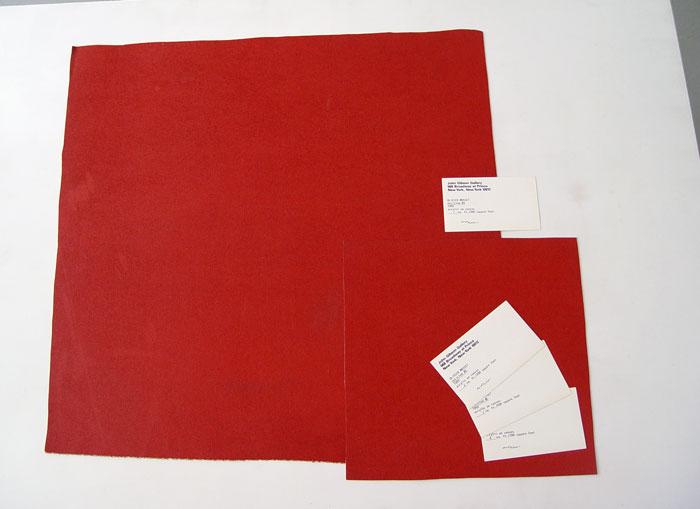 In 1992 John M Armleder proposed several gallerists to show together multiples at the Basel Art Fair under the name Associated Publishers. Participating publishers were Daniel Buchholz, Cologne / Ecart, Geneva / Gallery John Gibson, New York / Galerie van Gelder, Amsterdam / Daniel Newburg, New York and Caroline Nitsch Editions, New York. Gallery John Gibson showed a 10 meters long rolled up canvas originally rejected by Olivier Mosset and kept in his studio. For the Art Basel Editions 1992 he proposed to revive this painting by adding a pair of scissors to the red roll, including pre-signed labels for each sale. This was meant for buyers to cut out a piece of one square foot or more.

During the Art Basel art fair no visitor bought a piece of the edition and at the end of the art fair Kees van Gelder and John Gibson swapped an edition with each other. After the fair the roll of canvas and samples got lost and until today Olivier Mosset has never seen it again. This makes the set pictured above into an unique piece that originally was meant as a kind of DIY edition until the canvas was finished.

Since the roll of red painted canvas is lost for over a period of thirty years, let alone the signed labels, this work should be considered as more than unique. It is a set of three signed editions cut out from the vintage rol for the very first time on the Basel Art Fair. This is all that is left over and therefore this group of works ought to stay together in order to preserve a lucid idea of Olivier Mosset to give a twist to his originally disapproved very large painting. 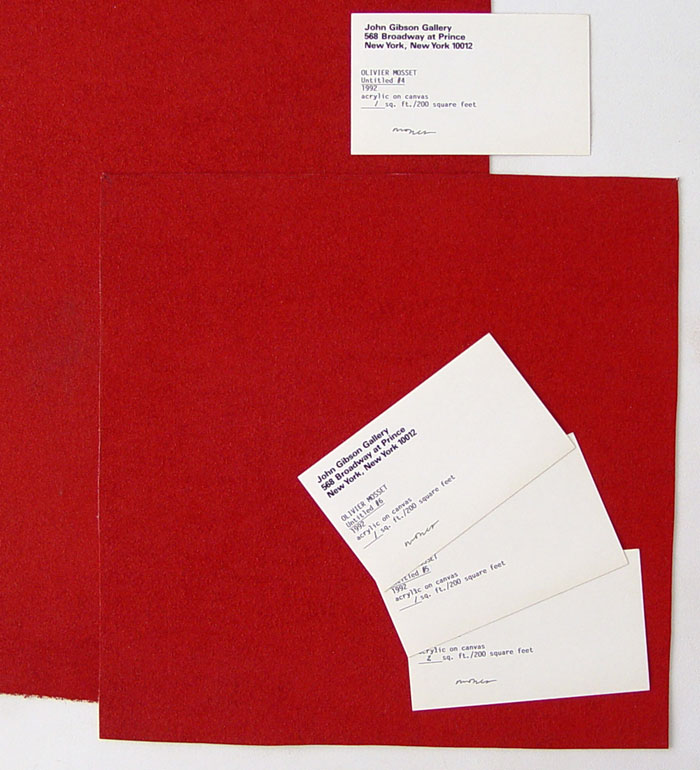 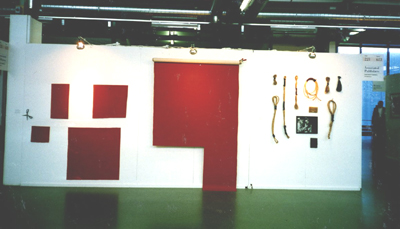 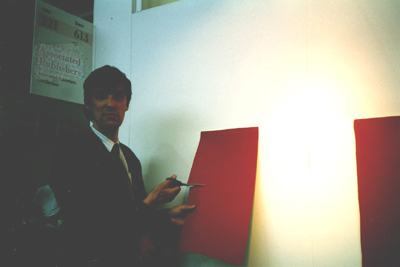