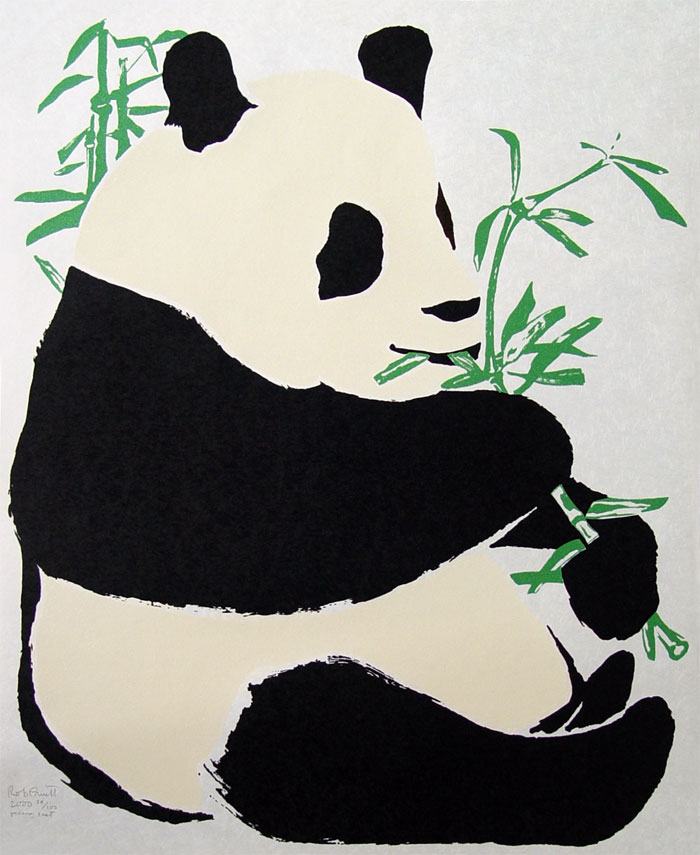 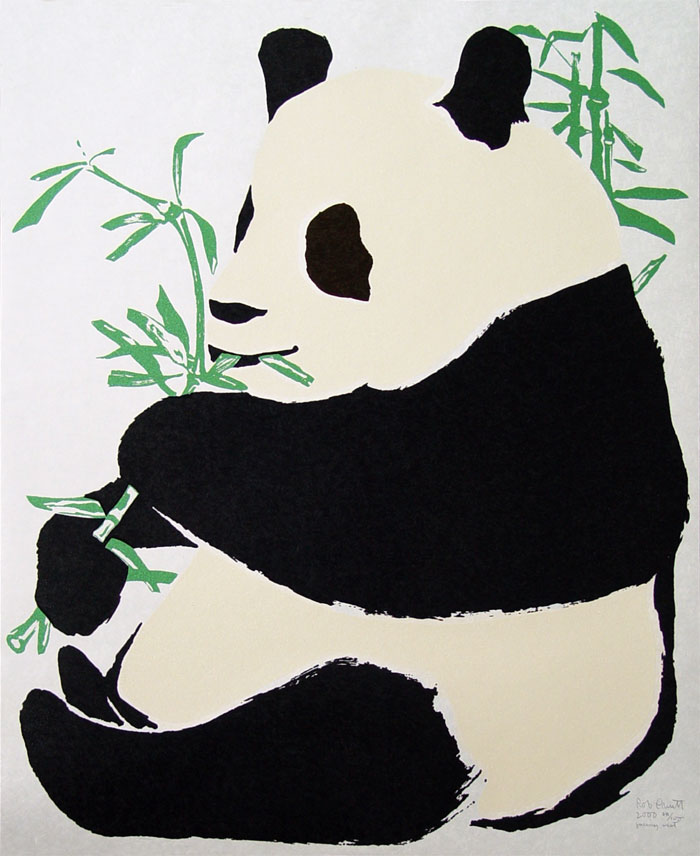 This portfolio is the eighteenth edition in The New Museum’s Limited Edition Program, and was produced by Donald Sheridan, the printmaker responsible for Andy Warhol’s diamond dust prints. It depicts two glittery pandas that are mirror images of each other. Placed back to back, the pandas form ‘Together Alone’, and appear as if in an argument. Facing one another, the pandas form ‘Together’, and the bamboo stalks in their paws unite to create a heart. 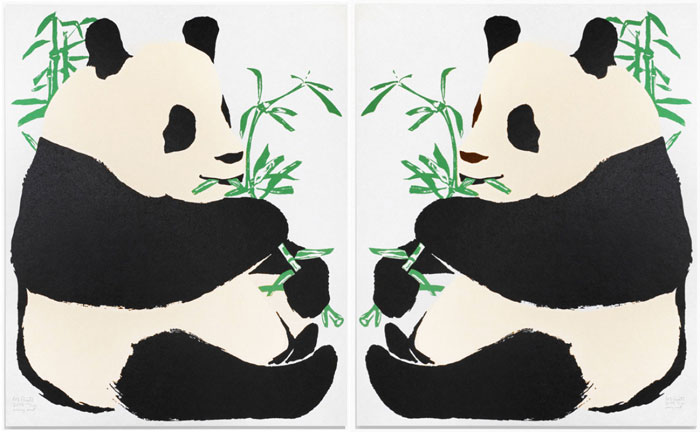 In the late 1980s Rob Pruitt was, along with Jack Early, part of the collaborative art team Pruitt-Early, a duo that was instantly touted as a pair of intrepid, iconoclastic new­comers—that is, until a 1992 show at Leo Castelli Gallery, where the two artists paid tribute to black culture by splashing paint on foil, shrink-wrapping posters of famous African Americans, and supplying their own rap soundtrack. Today that kind of show wouldn’t read as much of a shock, let alone a scandal, but in the early ’90s, the culture was still fully entrenched in the dicta of political correctness. Protests ensued, their work was accused of being racist, and, soon after, the pair disbanded.