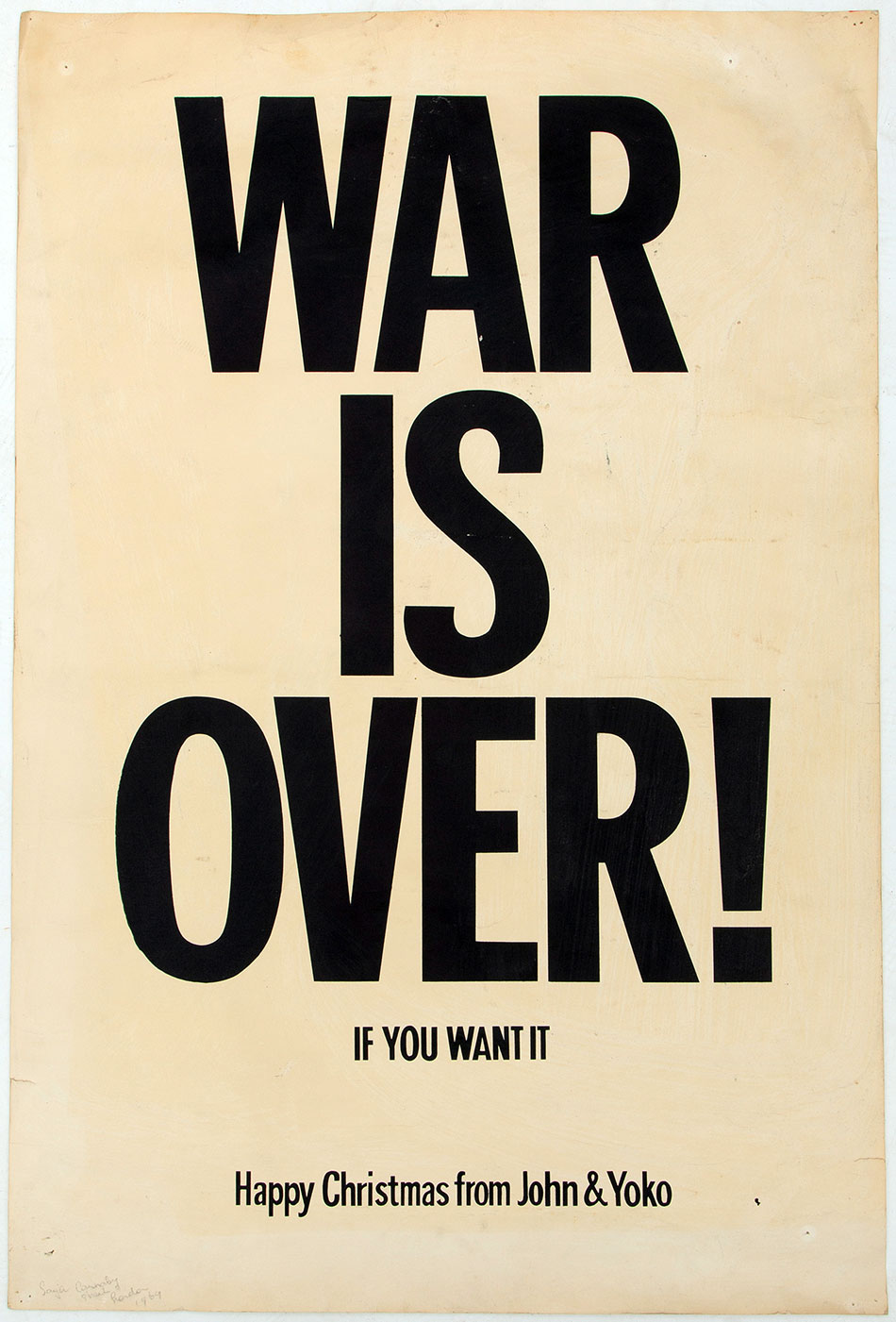 “War Is Over, if you want it” is a 1969 poster and billboard action that inspired enough political action that the president of the United States Lyndon B. Johnson sought to have Yoko Ono and John Lennon deported for fear that they would undermine his foreign policy and political fortunes.