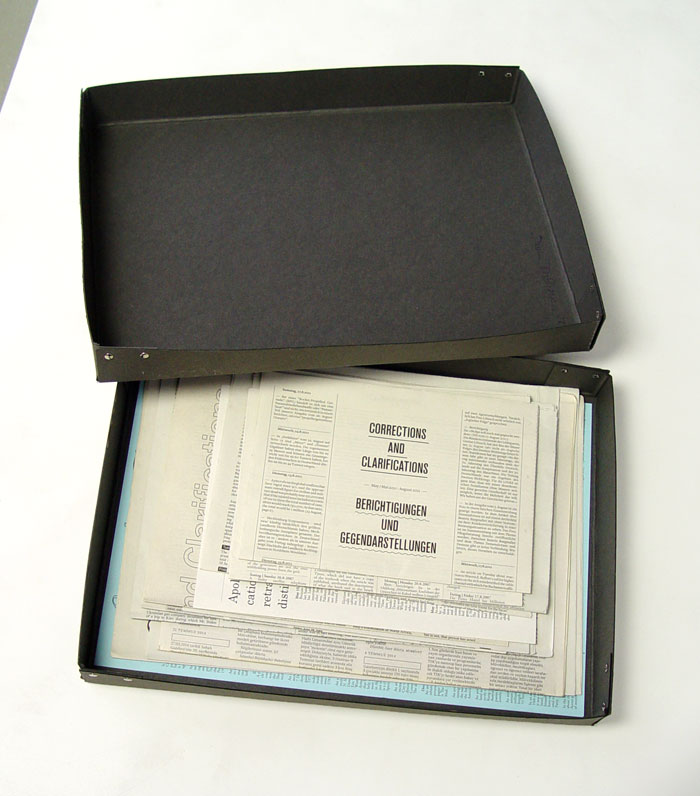 Corrections and Clarifications is an ongoing series of newspapers, each time containing an edited compilation of corrections ad randomly collected from daily international news. Each issue covering merely a list of corrections page after page.
In the paper issued in December 2016 (edition of 200) the colophon reads as follows: ‘Corrections and Clarifications is an ongoing publication, an intermittent compilation of daily revisions, retractions, re-wordings, distinctions and apologies to print news from September 2001 to the present. A reverse-chronological cataloging of lapses in naming and classification, of tangled catchphrases, detectable patterns of mis-speech and inflection, istraction, connotation and enumeration.’
For orders and details: mail@anitadi.net 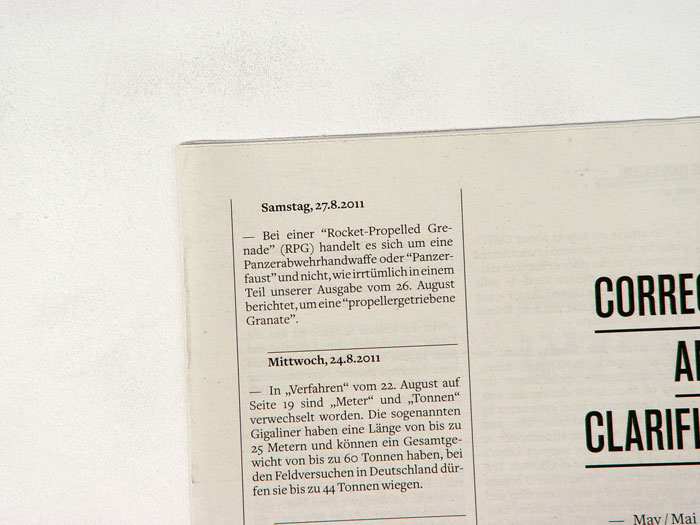