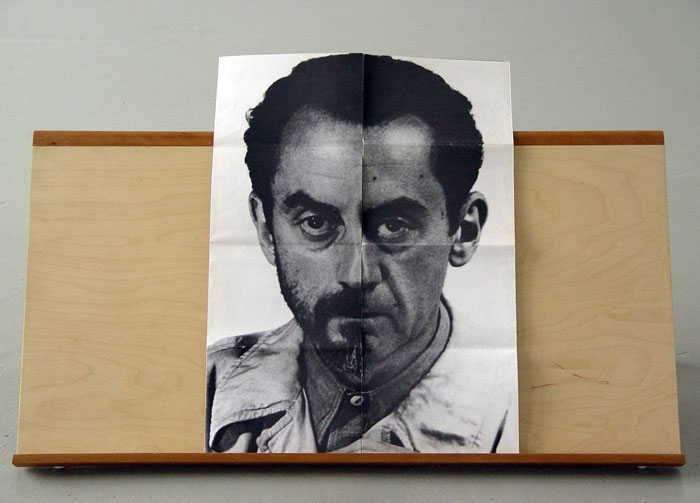 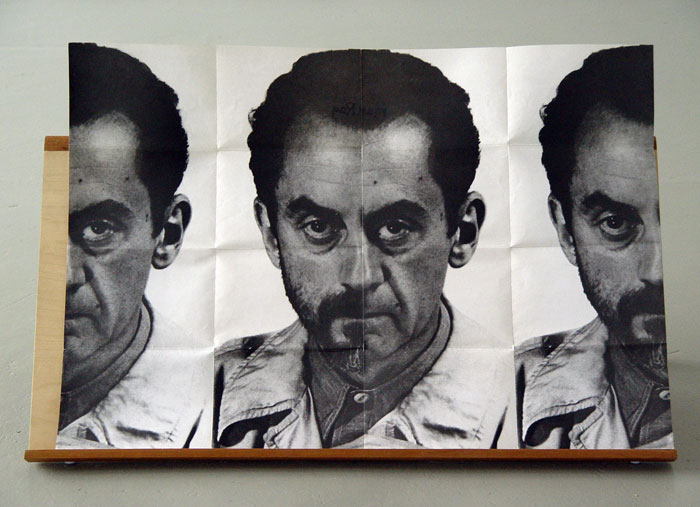 In his fifties Man Ray shaved half his face for the above self-portrait. Francis Naumann has suggested that this act may have referred to Man Ray’s duel identity as an American artist with strong ties in Europe. He was living in Hollywood at the time he took the photograph in 1942, and would return with his wife Juliet to Paris in 1951 to spent the rest of his life.

This large triptych print was published as an announcement for a work called Autoritratto (23 x 18 cm), a signed and numbered photo edition of 23 copies – together with a biographical text and an archivist’s note in pencil with the name of the artist.