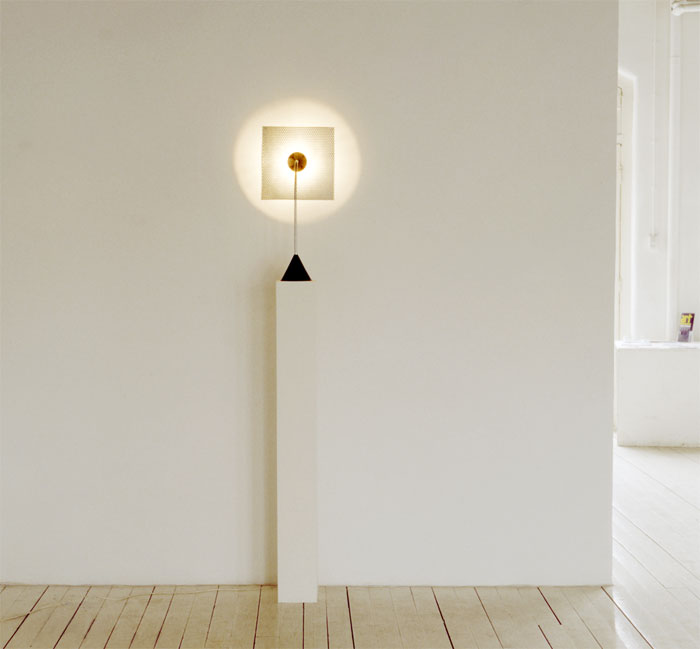 Sometimes an edition is loaded with information about the artist’s mindset while its appearance suggests the opposite, for a part due to its self-evidence. Such a piece is ‘Cercle et Carré’ with its geometrical forms, the aesthetics of simplicity, the functionality of formal design, the ambition of the avant-garde and humour; it is all there.
John Armleder is renowned for re-introducing abstract art in a dominating one-way art market in the early eighties of the previous century, for referring to predecessors in art history (hence the title ‘Cercle et Carré’) and for ‘making art that is comparable to making a B-film’ as he describes it. In this sense this edition is as banal as that. ‘Cercle et Carré’ has the look of a modernist Italian design, yet all three parts have been composed and put together by the artist, as if it is an installation. He put together lamp, pedestal and a piece of metal, then switched on the light. KvG 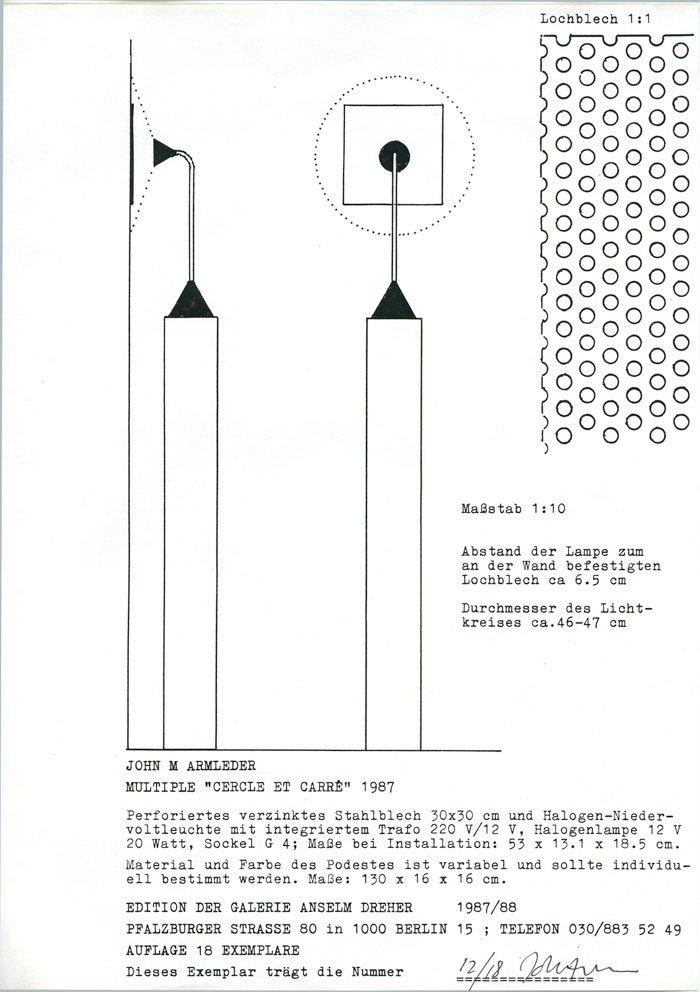 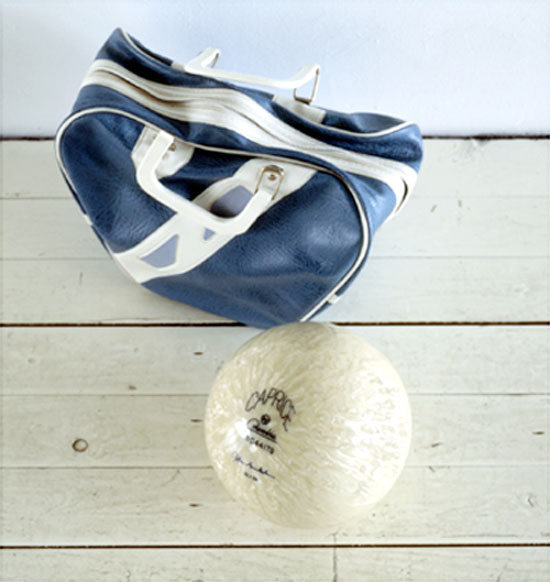 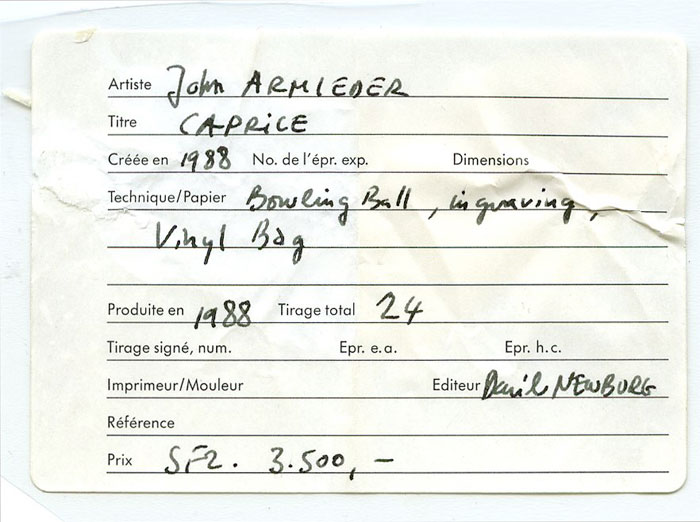 When John Armleder made this multiple in 1991 he was quite attracted by the transportability of this foldable multiple. He considers this sculptural edition as an ultimate example of a multiple that is a true three dimensional work, and yet can very easily be carried around to any place on the world. 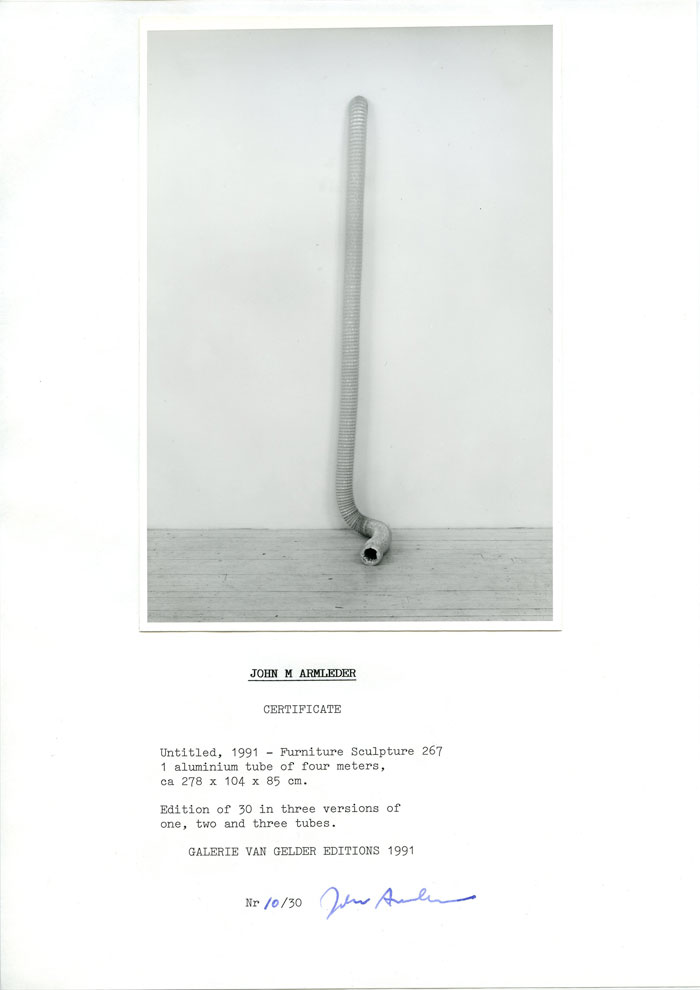 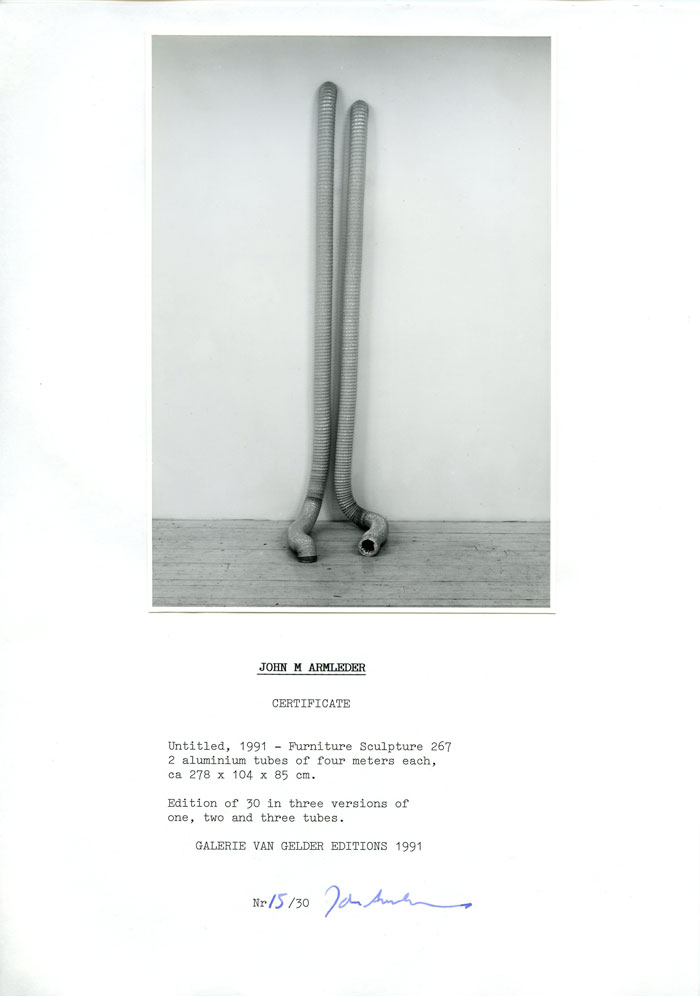 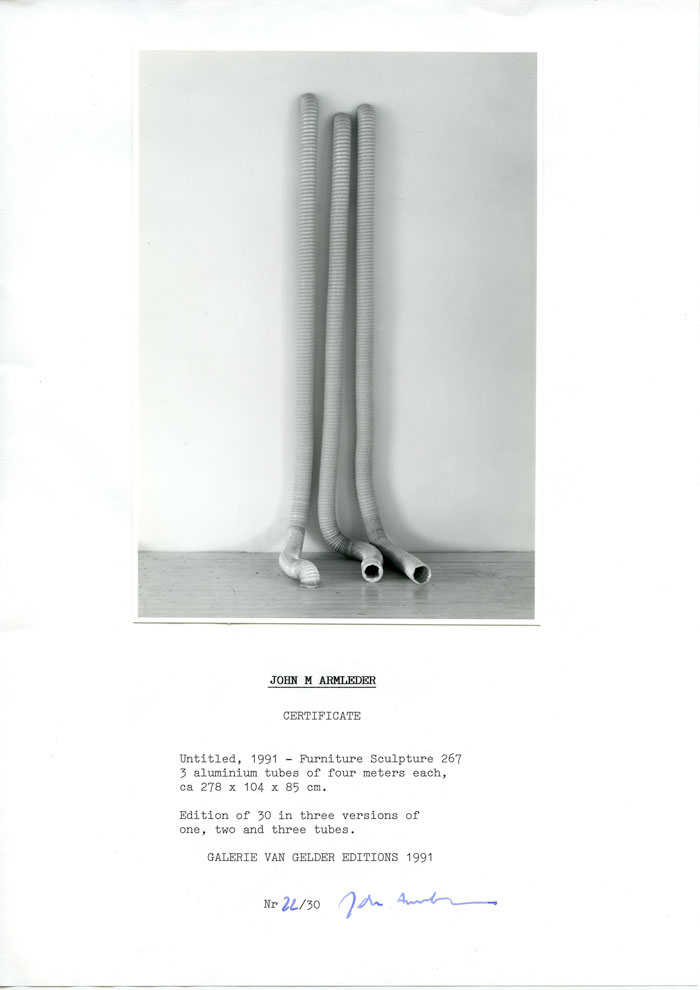 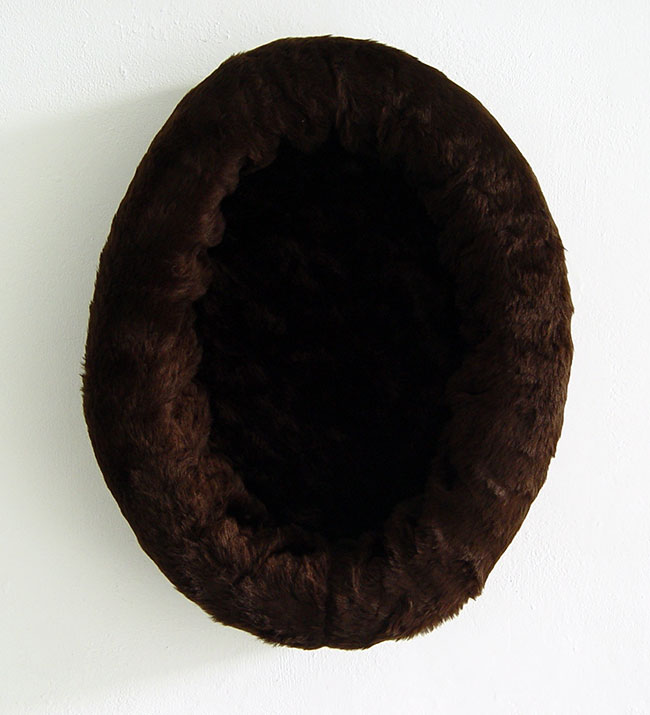 * For preparing his first solo exhibition in The Netherlands John Armleder asked me to drive him around to all kinds of shops and places. In the Makro – a supermarket for shopkeepers in the outskirts of Amsterdam – he was attracted by beds for pets. Amongst other things one large grey blue dog bed was picked out by him and taken to the gallery. Later on he remembered to have seen a huge pile of smaller brown coloured cat beds. Of these he could make a multiple, he said. The next day thirty cat beds were bought at Gamma and a GALERIE VAN GELDER EDITION was made. 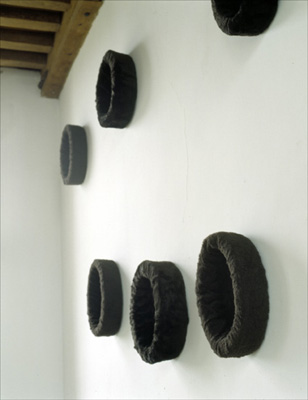 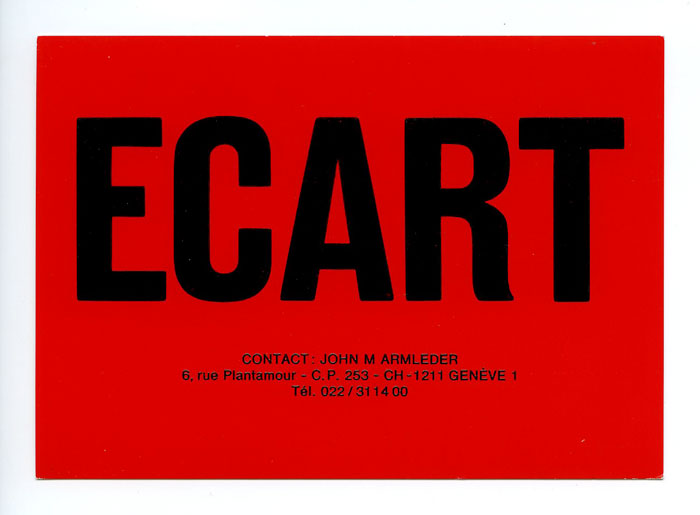 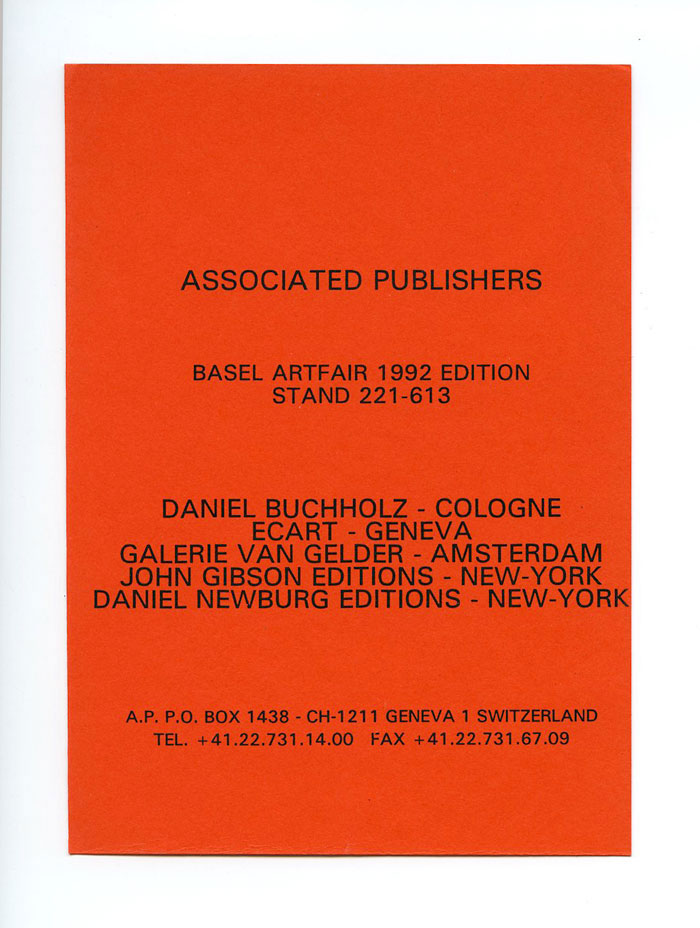 In 1992 John M Armleder initiated a plan to bring publishers of art editions together in a booth at Art Basel Edition. For that he coined the name Associated Publishers in order to come up with a convincing proposal to the art fair committee. His idea was that after the fair the publishers involved would open their own spaces for showing jointly their published editions. With this in mind he made an AP design that also exists as a small edition of enamel. For the first time this black and white plaque was shown in Galerie van Gelder, Amsterdam in The Netherlands in 1993. Until today an AP sign is hung next to the entrance of the gallery. 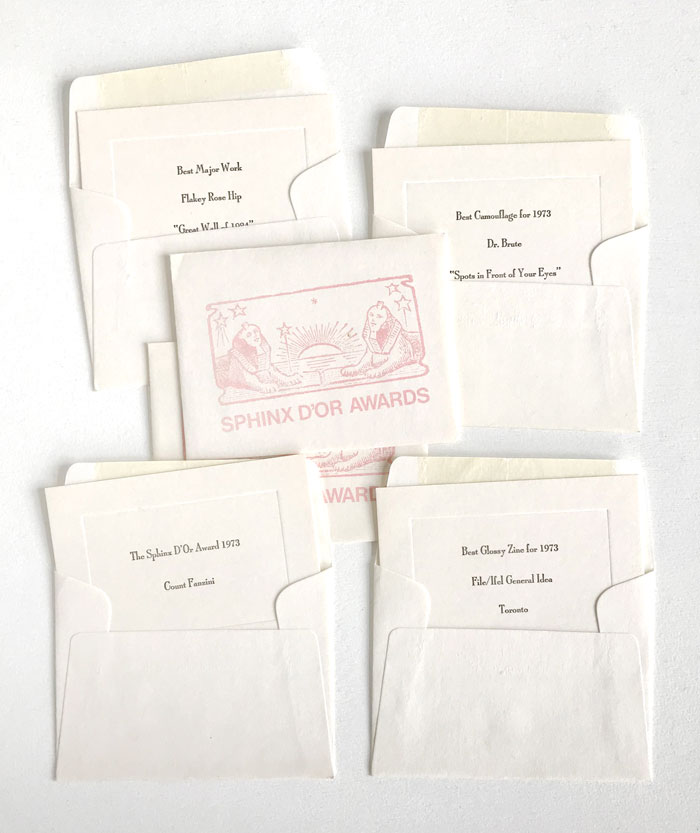 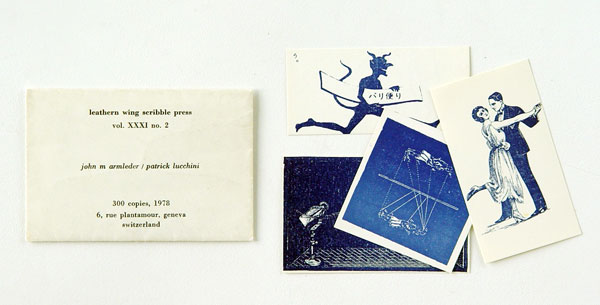 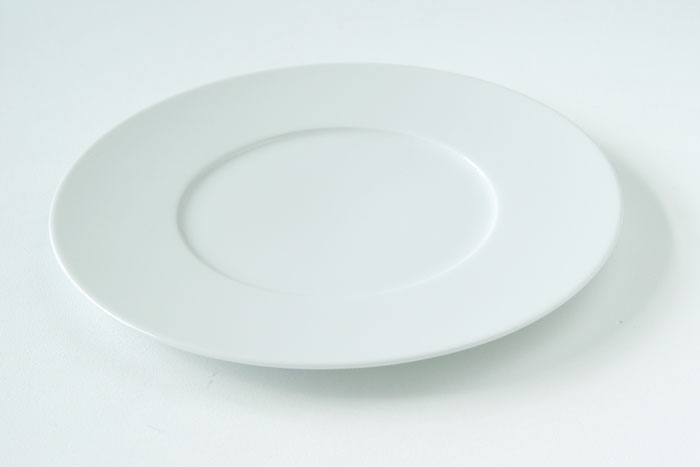 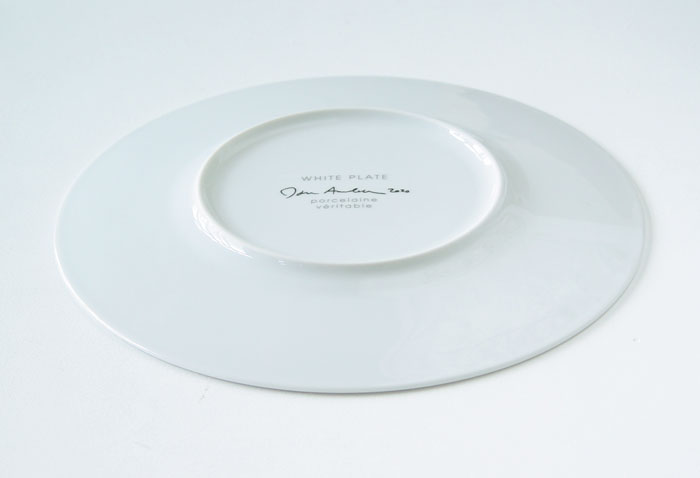 John M Armleder is one of the most well known Swiss artists of today. In the eighties he was called the Neo-Geo Pope after he initiated a group exhibition “Art Abstrait” that created a rouse for being reactionary. Armleder is known for leaving paintings and objects as they come. He makes these works without hardly any interaction. With “White Plate” he leaves the porcelain design of a plate undecorated asking attention for the void and its power of nothingness. The work is ‘already made’ as Marcel Duchamp originally called his first readymades. 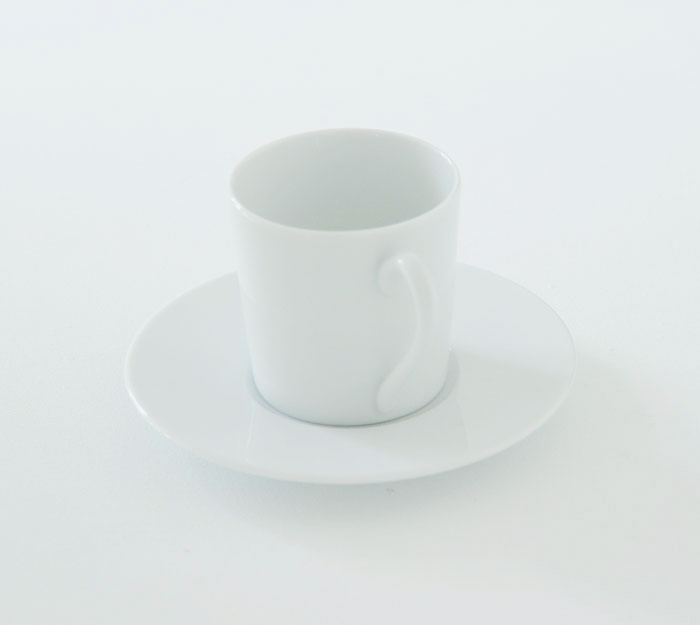 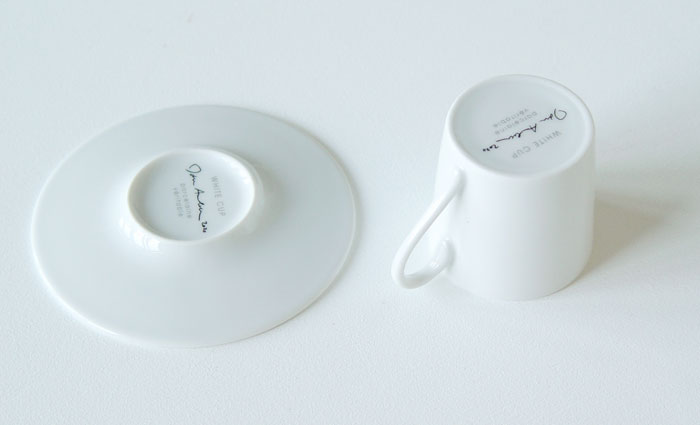