Remarkable art piece on DVD! ‘Thriller’ of Michael Jackson has been for this project especially re-mixed by the artist with the help of four Michael Jackson copy cats and fans. Fascinating film cuttings of look-a-likes in the rythm of ‘Thriller’ creating a fragmented collage.

“Thriller originated from a close collaboration between Candice Breitz and Alex Fahl. The work is based on Michael Jackson’s 1982 song of the same name and was made with footage from their 2005 video production King. Of the 16 characters in this work, they selected four hardcore Jackson fans for Thriller: a belly dancer, a Jackson lookalike, a tough guy in his twenties and a real man. We see and hear how they dance and sing along to their heart’s content to the biggest hit of all time, were it not for the fact that Fahl eliminated the text and limited himself to the protagonists’ breathing, humming, laughing and shouting between the words. He made a remix using this audio material and the original beat from Thriller, and later added the original, corresponding video footage. Subsequently, the four clips were edited next to each other. This makes it seem as if they are all performing together, whereas in reality that was not the case. Just as in many of her other films, here too Candice Breitz emphasizes the importance of music as comfort and a source of pleasure. Amateurism, admiration, submission, impudence… Her protagonists are as innocent as children.

Erik Kessels from the KesselsKramer advertising and communications agency also uses the music that Alex Fahl based on Jackson’s Thriller. His contribution can be seen as a tribute, almost bordering on nostalgia. Instead of people, Kessels lets every kind of conceivable cassette tape move across the screen. From Sony to Maxell, from Philips to TDK. They jump to the rhythm of the music, and the tape moves with it for the duration of the song. This conceptual rendition of music gives Fahr’s sounds something that is simultaneously soothing and unsettling. In 1982, there were barely any CDs around, and for a certain generation it’s almost youthful nostalgia to see all those familiar cassettes follow each other on screen at such a quick pace. Kessels shows, in a way bordering on desperation, how immensely popular Thriller was and still is (Michael – written in teenage handwriting on one of the tapes, complete with a heart above the ‘i’ – is an especially poignant detail). Michael Jackson never equalled the sale of 45 million copies worldwide again, and both Kessels and Breitz emphasize with their contribution how fused they have become to this song.”
Bifrons Foundation, Amsterdam 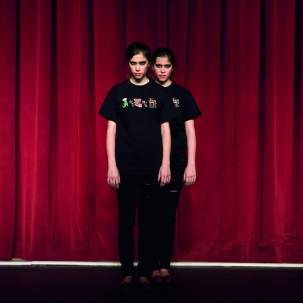 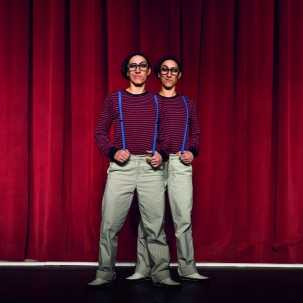 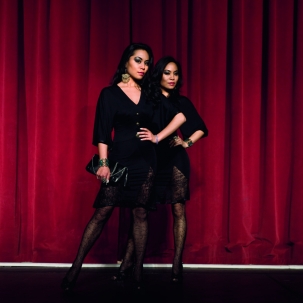 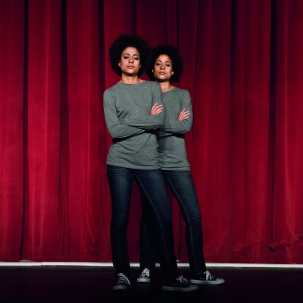 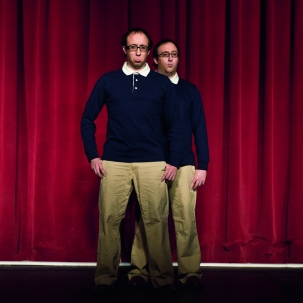 In allusion to Andy Warhol’s “Double Elvis,” Candice Breitz has created photographs of the five pairs of twins who participated in her performance “New York, New York.”
Candice Breitz: “I am interested in deploying the art work as a catalyst, one which momentarily freeze-frames problematic ways of making meaning, and renders them strange. My interest lies not in censoring the desires inspired by the commodity (be that commodity a hipper-than-thou consumer trademark or a cheaply printed centrefold), but in recasting them so as to expose their logic, and, in certain cases, to push their boundaries.”