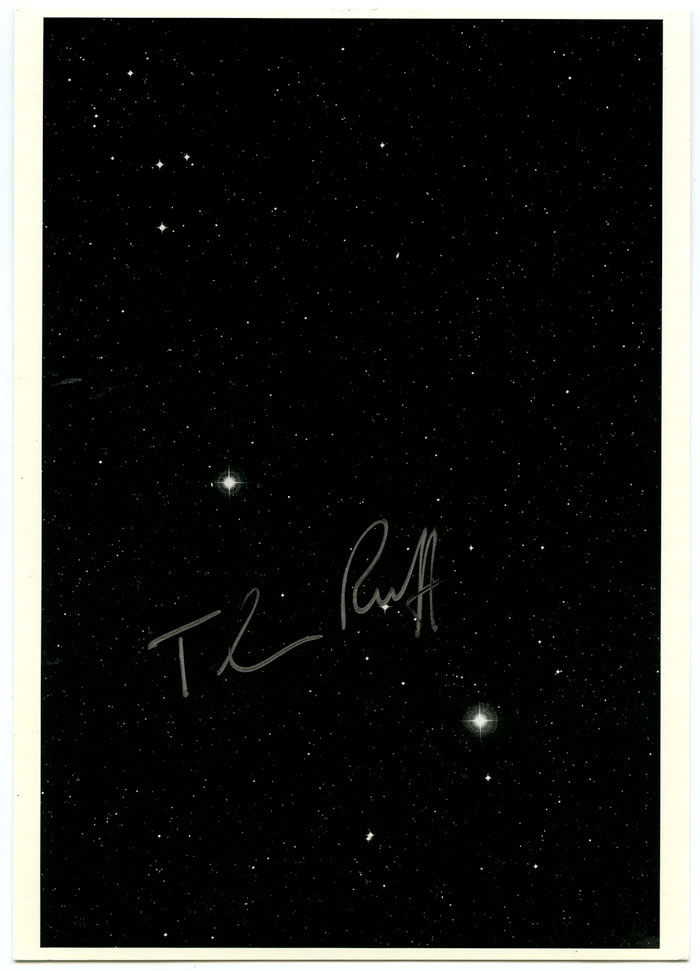 Uncommon signature put straight into the image of the print, by which the artist’s name seems to become part of the firmament depicted. 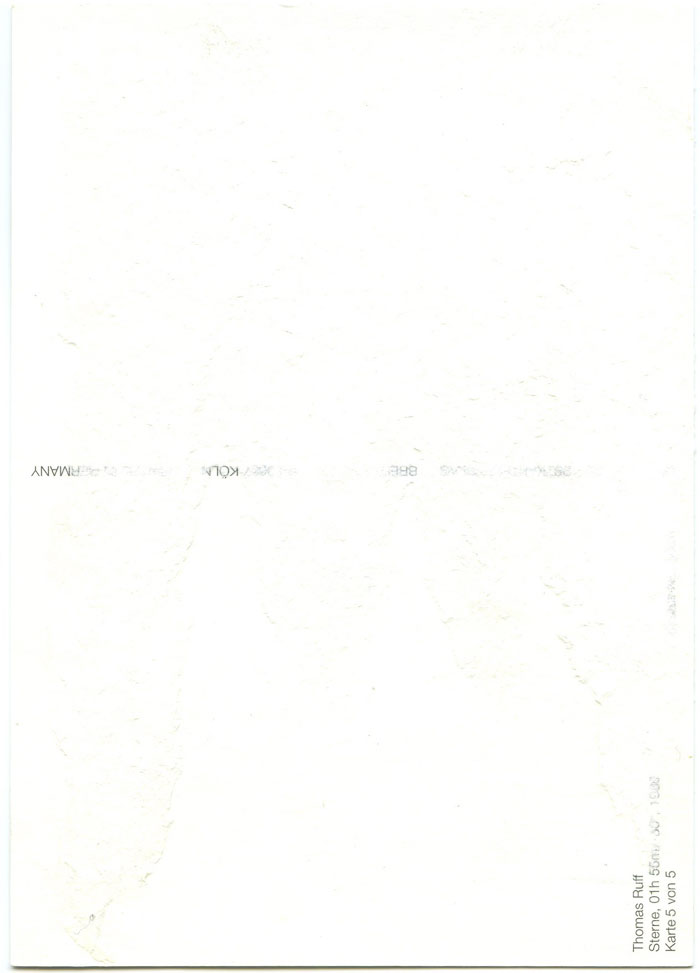 In 1998 Jacques Chirac being president of France is as head of the state also responsible for Foreign Affairs. He lifted his hand and nuclear tests were given free way. Thomas Ruff shows airplanes that start to lift off, human bodies as tools are scattered around. He takes the photographic collage as a means to criticize political structures à la Dada artist John Heartfield.

Division between looking and reading
The method of mirroring the textual parts is used for creating an extra moment of contemplation between what is shown in the image and told in the text. 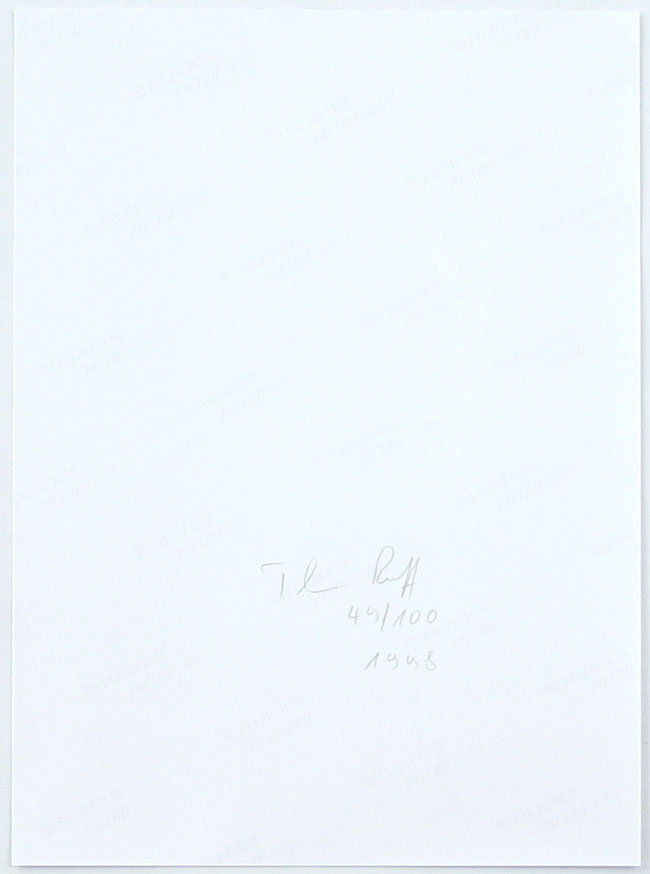 In 1996 Thomas Ruff started his series “Plakate” apparently inspired by the posters of John Heartfield and Russian Avant-garde artists in the twenties and thirties. He made six photographic collage posters on politics of the late nineties. 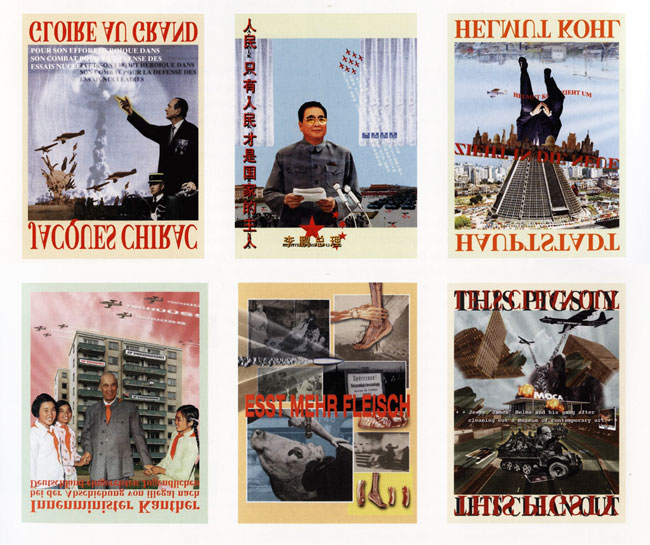