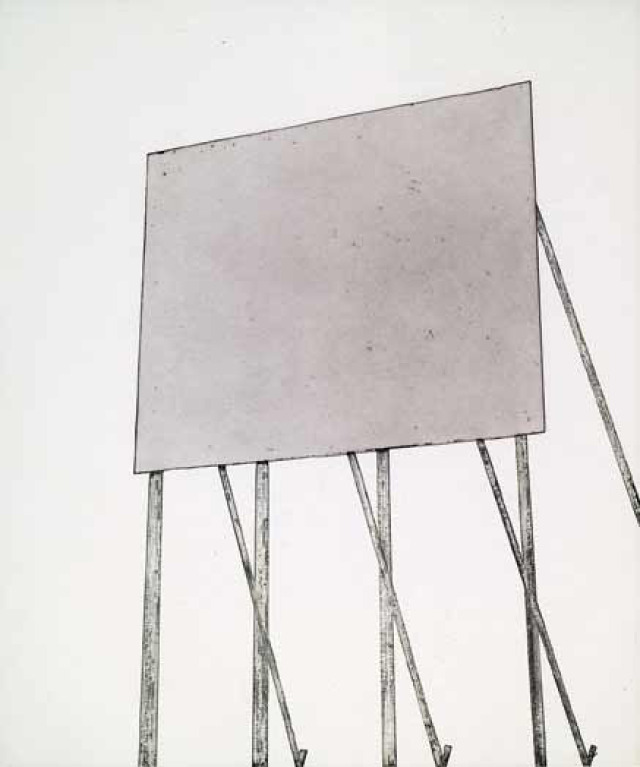 At the age of 18, Edward Ruscha intended to become a commercial painter but found himself drawn to fine art, over time being shaped by three influences: Marcel Duchamp, Pop art, and the movies. Meeting Duchamp when the Pasadena Art Museum hosted the French conceptual artist’s first U.S. show, Ruscha was especially affected by his use of readymade objects and imagery, rendered unfamiliar through unexpected titles or text. He says: ‘When I began painting, all my paintings were of words which were gutteral utterances like Smash, Boss, Eat. Those words were like flowers in a vase; I just happened to paint words like someone else paints flowers. It wasn’t until later that I was interested in combinations of words and making thoughts, sentences, and things like that.’