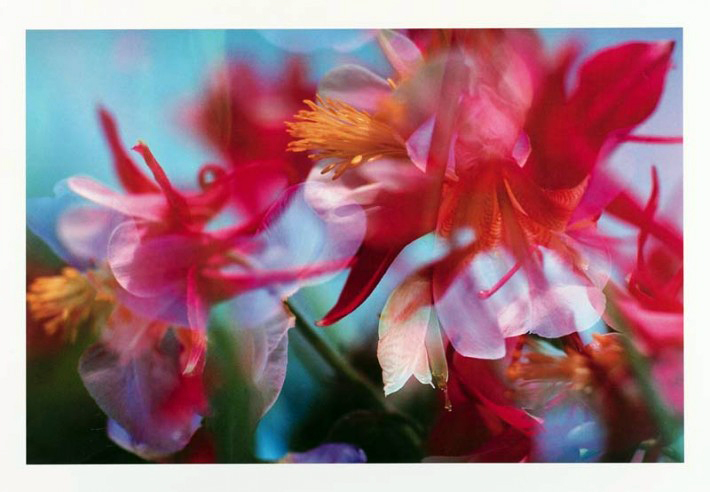 Each photograph is a double exposure, made by either Peter Fischli or David Weiss taking pictures and then handing the camera over to the other, or perhaps not, rewinding the film, and shooting again on the same roll of film. The result is a kaleidoscopic world of double-vision
“We were interested in the element of chance,” says Peter Fischli, adding “On the theoretical side, the photographs tread on rather thin ice.” David Weiss affirms: “In fact, they tread quite a thin line: we want to seduce viewers with floral opulence. But you can’t exactly view them ingenuously, either.”