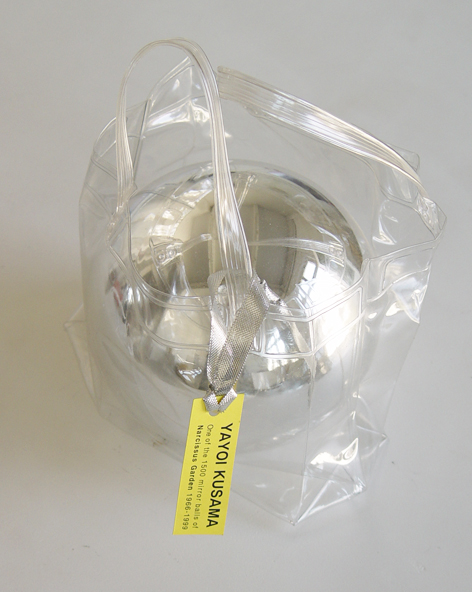 This mirror ball in transparant plastic bag was shown in “Een goed in de weg staande tafel” curated by Jack Jaeger in Galerie van Gelder in 2001. A catalogue was issued.
In spite of its description being an edition of 1500 this multiple as shown above is difficult to find. It is known that the original version of plastic balls shown in the Venice Biennale in 1966 was produced in an edition of 1500, but one may wonder what has happened with the other 1499 copies of this apparently smaller plastic version put in plastic mini bag and tag saying: YAYOI KUSAMA One of the 1500 mirror balls of Narcissus Garden 1966-1999. At least two labels with different years and ways of fastening are circulating. The tag of the above ball was produced in 1999, the one pictured below in 2001. KvG

Example of a tag with chain instead of ribbon, with slightly aged plastic bag. This tag is of a later date, namely 1966-2001. 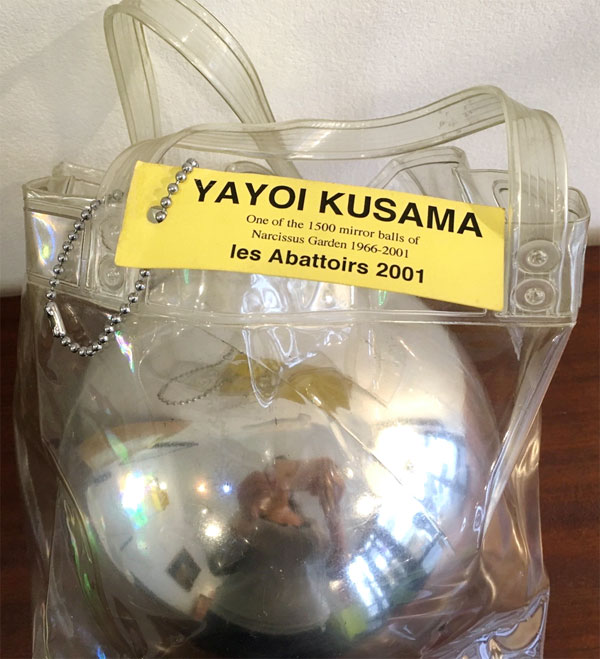