In May 2002, Gerhard Richter photographed 216 details of his “Abstraktes Bild Nr 648-2”, 1987. Working over a period of several weeks, Richter combined these 10 x 15 cm details with 165 texts on the Iraq war, published in the German FAZ newspaper on March 20 and 21. ‘War Cut’ follows an ever denser rhythm in which texts and gaps take up the same amount of space as the pictures, creating a strictly composed work of open and closed layouts and their mirror images. A conceptual artist’s book about the war in Iraq and one may say war in general communicated through newspapers.

In 2012 a second edition in English was published with a different book cover: 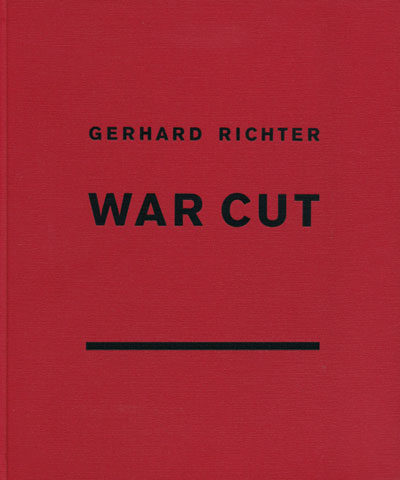