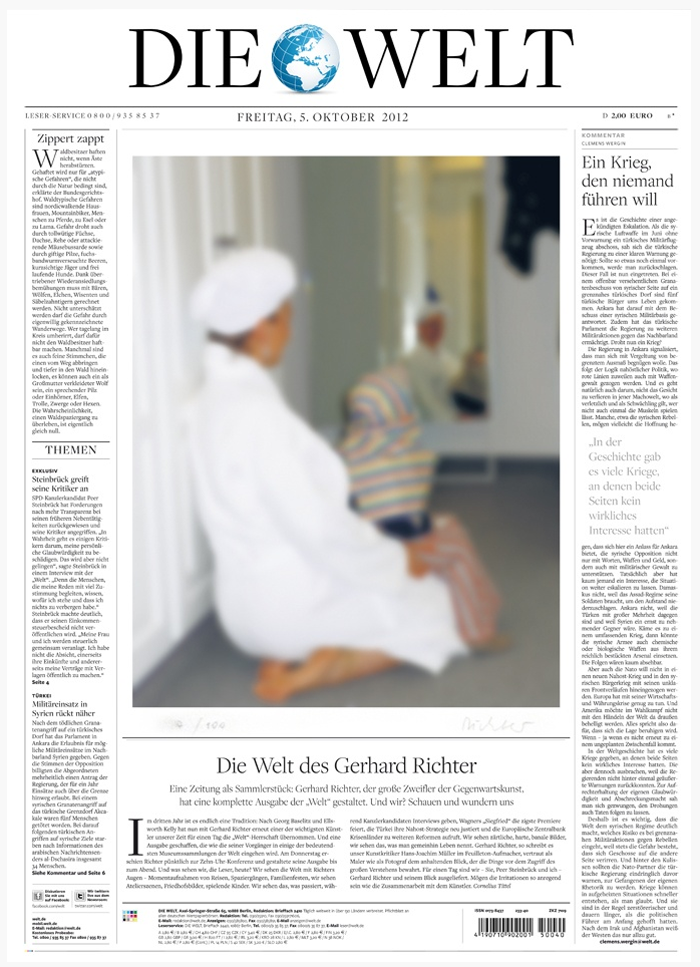 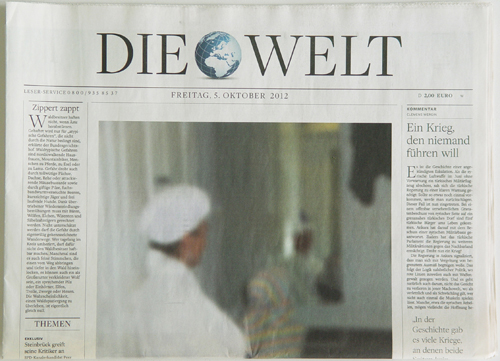 The own family is a recurring motive in the work of Gerhard Richter, opposite to newspaper clippings of people he doesn’t know and that he integrates in his paintings. He painted his first wife, Ema, he portrayed his daughter “Betty” as well as his “Uncle Rudi” and “Aunt Marianne”. The latter two family members were painted in relation to Nazi Germany.

The front page of the edition of the daily newspaper “Die Welt” depicts Richter’s second wife Sabine in a white bathrobe and his son Theo in a striped towel, although not recognizable. Painted in his renowned style of blurring a realistic image. Gerhard Richter remarked that it reminded him of Ingres’ painting ‘The Turkish Bath’ (the picture was taken in hotel “Waldhaus” in Sils-Maria).