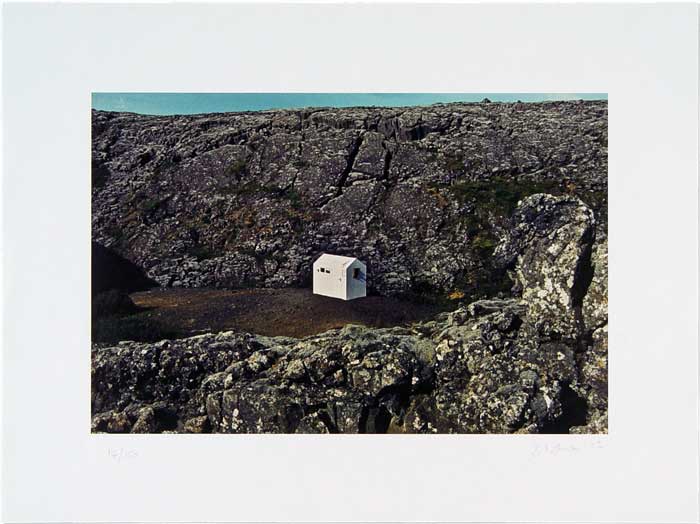 The House Project (1974-2007) is originally a sculpture installed in the open air by Hreinn Fridfinnsson. Once he read about an aristocratic character in an Icelandic novel who decided to build his house inside-out, with wallpaper, curtains and framed photos as its façade, to turn the outside as indoors. And the other way around. Hreinn Fridfinnsson honoured this idea of erecting such a house again in the middle of nowhere in the high lands of Iceland in 1974.

For some obscure reasons the print House Project was offered at Waterside Project Space on Wharf Road in London in 2012. Apparently the print was announced in an edition of 100. Its size has different proportions compared to the Serpentine print.