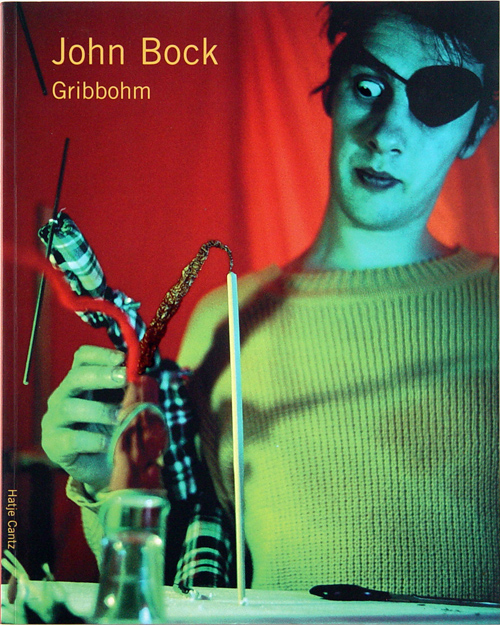 John Bock’s stage-like walk-in sculptures constructed from fabrics and junk form the backdrop for his lavish semi-theatrical and semi-improvised performances. Referencing everything from rural life to various half-baked philosophies to the Vienna Actionists, a key influence on Bock, Bock’s performances blend topic fragments from the sciences, arts and the everyday into a volatile and enthralling mixture. The focus here is on the complex relationships between art and the social and between the social and the individual. Laid out in striking collage fashion. John Bock as Gribbohm traces 12 of Bock’s “lectures”, as he terms his performances, with copious illustrations and text by this artist who attempts to make sense of this world by creating one of his own devising. Mint condition.